The two sides that are currently going through a pretty rough period will face off against each other at the Cardiff City Stadium where Cardiff City will host Newcastle United. The Bluebirds have returned to the Premier League after three years, and the manager Neil Warnock intends to keep his team in the English top flight for at least one more season, but a 2-0 loss to Bournemouth on the road last week gives a hint that he will need to engineer something special to avoid relegation. The defeat to the Cherries was the Welsh-based team’s third failure in the last four matches, as they have previously lost to Real Betis and Rotherham in the preseason games, while they have only managed to beat Burton in the process. The Magpies have also started the new campaign on a wrong foot, as they comfortably lost to Tottenham Hotspur by two goals to one in front of the home crowd, which was their third consecutive defeat after Augsburg and Braga beat them in the off-season. Rafael Benitez barely managed to keep his team away from relegation last season, but looking at Newcastle’s performance in recent matches, the former Liverpool manager will need to come up with new ideas, especially when it comes to his side’s attacking game that was far from convincing in the last couple of months.

The home team will enter the encounter at full strength, while Florian Lejeune should be the only player to skip the match for the visitors. 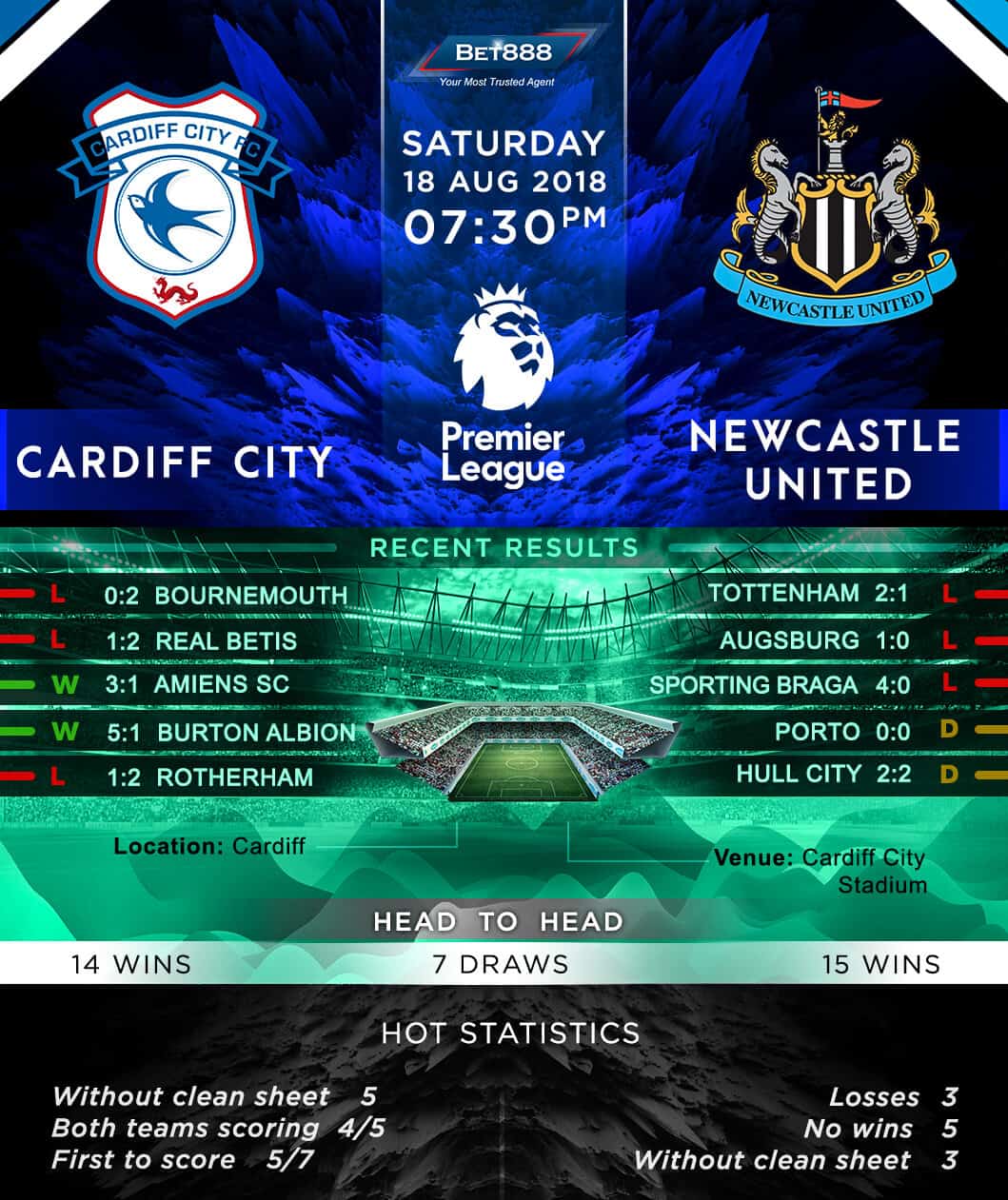