Led by a new manager, Ole Gunnar Solskjaer, Manchester United will travel to Wales to take on Cardiff City at the Cardiff City Stadium.

Only Fulham (12) have suffered more defeats than Cardiff (11) this term, with Neil Warnock’s players suffering four losses in nine home games so far. However, after a frustrating start of the season, the returnees have managed to escape the danger zone thanks to some promising displays in the past four weeks. All of Cardiff’s four Premier League triumphs have come on home soil, as the Bluebirds racked up a promising three-game home winning streak, beating Southampton, Wolves, and Brighton in the process. But, the fact that Cardiff lost eleven out of their last fifteen competitive outings gives Warnock a sizeable headache. What’s more, with 33 goals conceded in the Premier League so far, the Bluebirds hold the second-worst defensive record in the English top flight.

A disastrous 3-1 away loss to Liverpool last weekend has cost Jose Mourinho his job, as Solskjaer hopes to make his debut in some style. Winless in five out of previous six Premier League clashes, the Red Devils are desperately looking to wrap up all three points and prevent Chelsea from expanding the gap, as they already trail the Champions League promotion zone by 11 points. The 3-time Champions League winners have failed to secure a victory on their last three road trips in the league, losing twice while being held to one draw in the process. What’s more, Man Utd have kept a clean sheet just once in their opening nine road meetings, conceding a minimum of two goals per match six times during the run. A worrying fact for Solskjaer could be that the Red Devils have a negative goal difference away from home (-3), with only two sides allowing more goals than them (18) thus far. 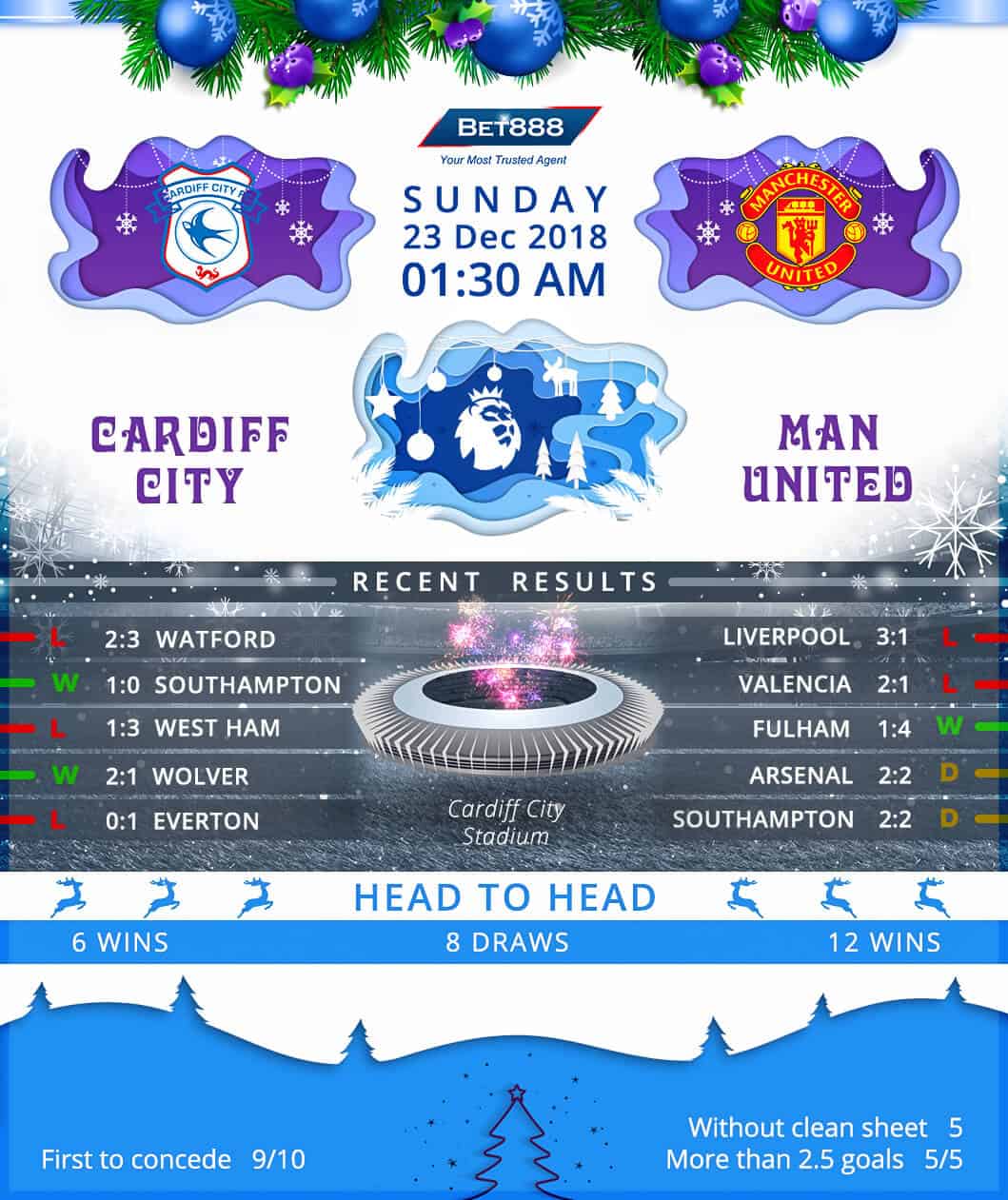