The only Premier League team that failed to score a goal in the first three league fixtures will get another chance to open their scoring account, with Cardiff City looking to host Arsenal at the Cardiff City Stadium. The Bluebirds have lost 2-0 to Bournemouth at the Vitality Stadium on the opening matchday, after which they played out two scoreless draws with Newcastle United and Huddersfield Town. Furthermore, a 3-1 defeat to Norwich City in the Carabao Cup during the midweek has raised some speculations regarding the quality of the squad that seems to be far from the Premier League material. Meanwhile, the Gunners achieved a significant 3-1 triumph over West Ham United at home last weekend that ended their two-game losing streak, and Unai Emery desperately wants to see his team collecting two straight wins that might help them return to the Champions League promotion race. However, the North London side have failed to keep a clean sheet in all three matches so far, as they conceded five goals combined in two defeats to Manchester City and Chelsea, with Petr Cech urging his backline to step up their game as soon as possible.

Aron Gunnarsson and Nathaniel Mendez-Laing are struggling with injuries and will remain on the sidelines for the hosts, while Laurent Koscielny, Sead Kolasinac, and Ainsley Maitland-Niles won’t travel to Wales due to various physical problems. 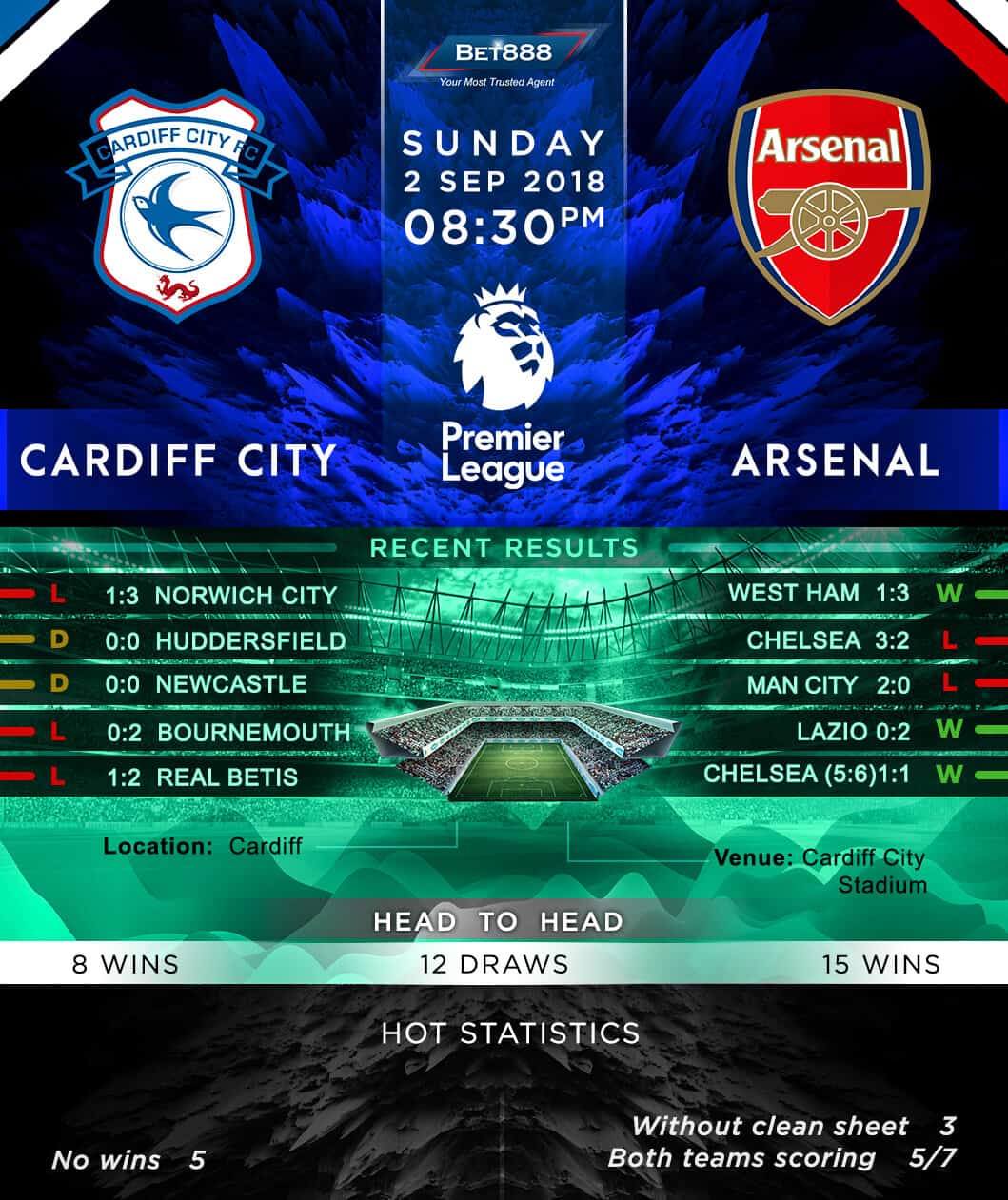