With no margin for mistake after matchday-one defeats ‘to nil,’ Cameroon and Serbia face each other in a must-win 2022 World Cup Group G showdown at Al Janoub Stadium.

Cameroon will take the field in dire form after a 1-0 defeat at the hands of Switzerland extended their winless run to five matches (D2, L3), all of which saw them score under 1.5 goals. On top of that, the ‘Indomitable Lions’ have now lost each of their last eight World Cup games, a run spanning back to the 2002 tournament. Defeat here would equal the longest-ever losing streak by a team at the World Cup, set by Mexico between 1930 and 1958 (9). Scoring has been a genuine problem for the Cameroonians at the World Cup, as they lament the lowest scoring average of 0.8 goals per game among nations to have played 20+ matches at the tournament. It goes from bad to worse, with Rigobert Song’s side going winless in their last 12 World Cup encounters against European nations (D3, L9) since beating Romania in 1990.

As for Serbia, thoroughly outclassed by a mighty Brazil in a 2-0 day-one defeat, the Serbs face the prospect of another faltering World Cup campaign. Having failed to make it out of the competition’s group stages in both previous appearances as an independent nation, the ‘Eagles’ are one of the worst-performing teams at the World Cup. Since gaining independence in 2006, they have lost 80% of their matches at the tournament (8/10), the highest loss percentage of any nation to have played at least ten World Cup fixtures. Moreover, Serbia’s defensive frailties have seen them concede in all ten World Cup outings, casting doubt on their hopes of getting their stuttering tournament back on track. 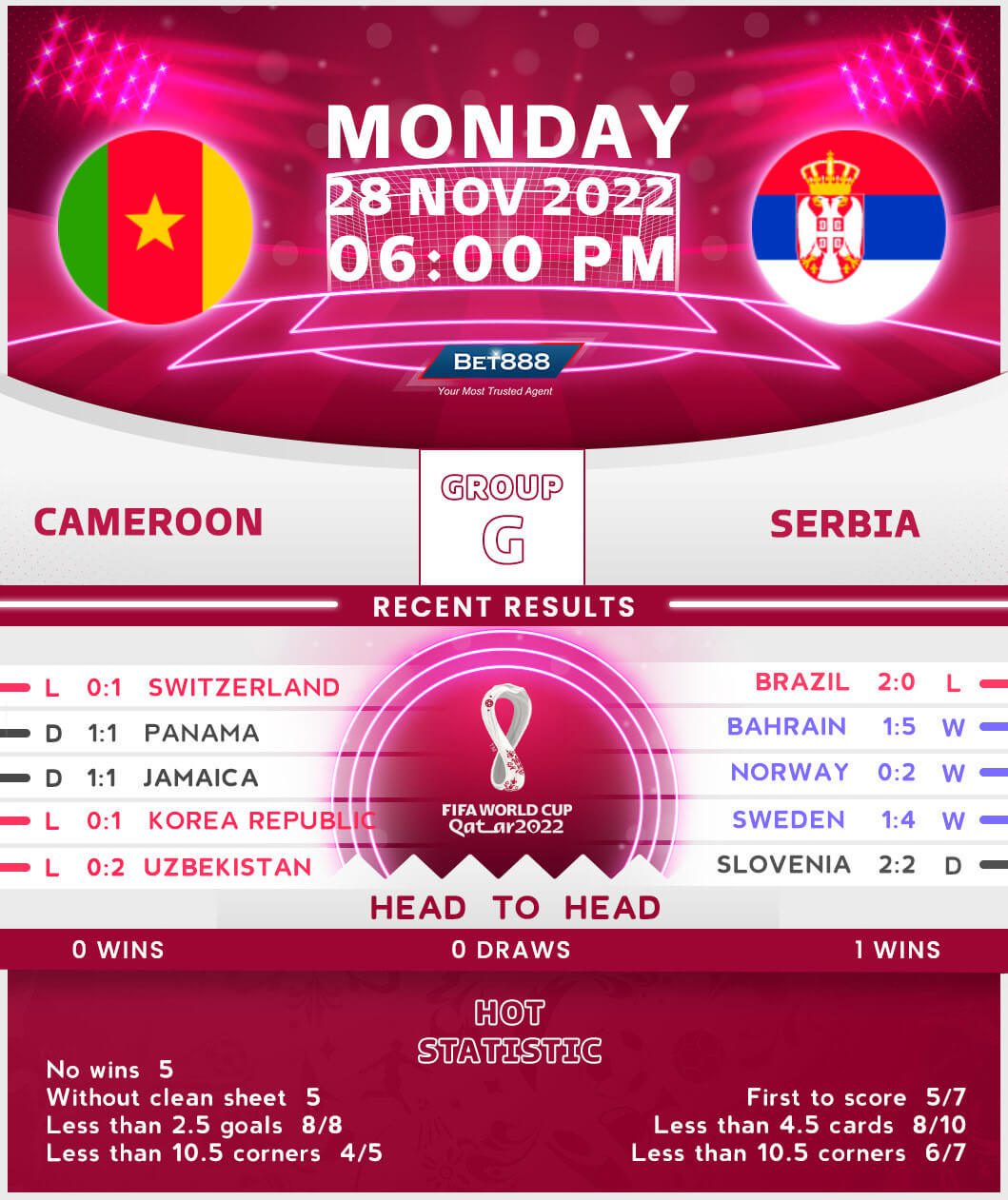