Despite beating Liverpool by four goals to two, it wasn’t enough for Roma to go through, and after a quite exhausting game at the Stadio Olimpico, I Giallorossi are set to travel to Sardinia to face Cagliari. The Yellow and Reds are looking for a victory that would bring them one step closer to the Champions League qualification considering they are currently in the third place with a four-point lead over Inter Milan, who are sitting in the fifth. On the other hand, the Red and Blues are desperate to avoid defeat in this game, as they try to keep their status among the Italian top flight for another season. With a two-point lead over Chievo, who are in the danger zone, Luis Diego López’s team have to push for a victory in a game that is going to be far from easy, given the fact Cagliari failed to defeat Roma in seven consecutive matches in the league.

The home side will be notably weakened in this clash as Daniele Dessena, Damir Ceter, and Filippo Romagna are all set to miss the encounter due to injuries, while Luca Cigarini and Leandro Castán won’t be available due to suspensions. Di Francesco won’t have Kevin Strootman, Grégoire Defrel, Diego Perotti, and Rick Karsdorp, as all are yet to recover from injuries. Juan Jesus will not travel with the squad after picking up a red card against Chievo last weekend. 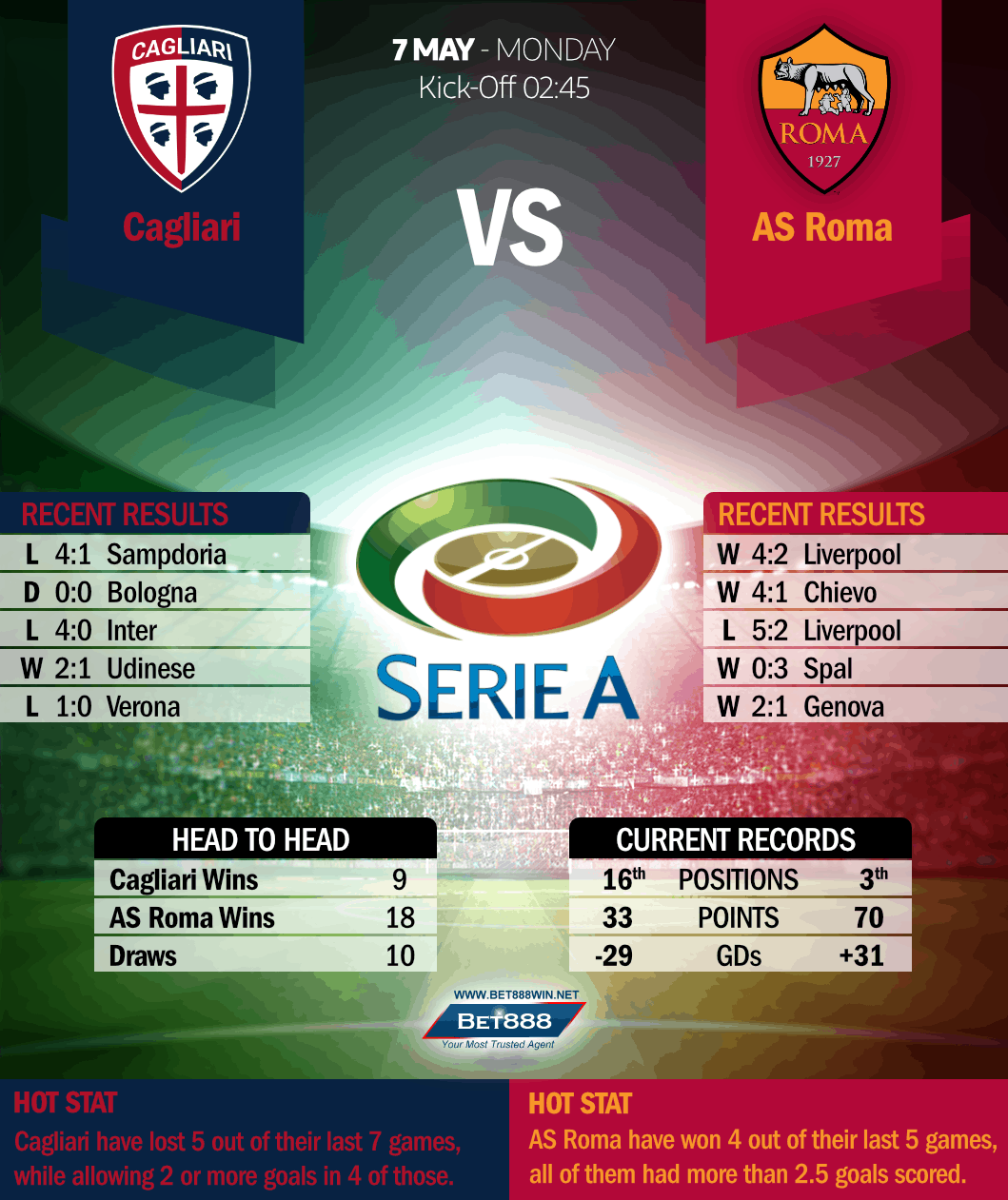