Burnley welcome Liverpool to Turf Moor in the worst possible time for them. While the visitors sit second in the table, the hosts are rooted to the relegation zone and are going through a nightmarish period.

A poor haul of just one point from their last six Premier League matches has seen Burnley drop down the table, as they now sit deep in the danger zone with nine points after the opening 14 league fixtures. Not only the Clarets lost five of their previous six games, but they have failed to hit the back of the net four times while conceding 17 goals in the run. Unlike last year, Turf Moor is not a fortress Burnley fans would have hoped for this season, as Sean Dyche’s men lost four out of six home clashes, having secured barely one triumph in the process. Only Fulham (35) have conceded more goals than Burnley (29) this campaign. Furthermore, with just 13 goals bagged so far, the Clarets have the fifth-worst goalscoring record in the English top flight, as they have failed to score a goal seven times since the start of the season, which puts them on a par with Crystal Palace, Fulham, and Cardiff City.

On the other hand, the visitors are enjoying a successful Premier League season, sitting second in the table as one of two teams that are yet to lose a league match after the opening 14 games. The Reds have secured three consecutive Premier League triumphs, including the narrow one over Everton in the Merseyside derby last weekend, which was also the third straight time they have kept a clean sheet in the top tier. With just five goals allowed so far, Jurgen Klopp’s players hold the best defensive record in the English top flight, as Alisson Becker resides the only goalkeeper to keep a clean sheet nine times since the start of the season. But, the Merseysiders have some problems in the final third this term having managed 12 goals in seven road trips this term on an average of 1.71 goals scored per match. 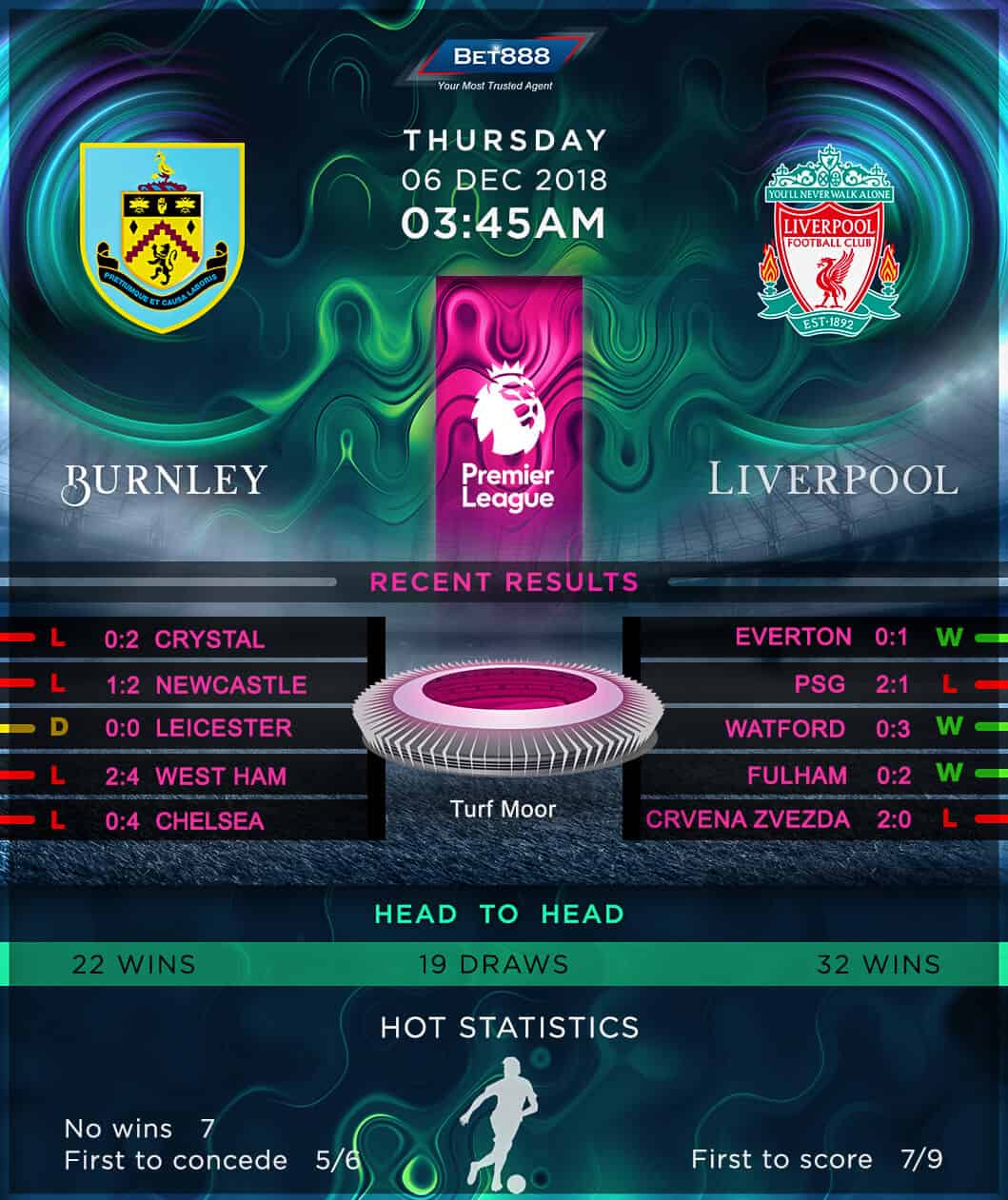