Chang Arena forms the backdrop as Buriram United and Prachuap lock horns in a potentially high-scoring Thai League 1 contest. Three of their last four top-flight H2Hs have featured over 2.5 goals, highlighting the potential for another ‘goal-friendly’ affair.

Scoring four first-half goals fired Buriram United to a jaw-dropping 4-1 win at Police Tero last time out, helping them arrest a two-game winless league run (D2). Coming into proceedings as one of only three Thai League 1 sides yet to lose a single league fixture this season (W4, D2), the ‘Thunder Castle’ trail table-topping Chonburi by a single point. With their bid to defend the title off and running, Masatada Ishii’s men are looking to avenge a 2-1 defeat in this corresponding fixture last term that halted their three-game winning home league streak against Prachuap. Three of those four meetings produced 3+ total goals, supporting the high-scoring theme further.

Meanwhile, visiting Prachuap squandered the lead twice in the first half of an action-packed 2-2 home draw with BG Pathum United last time out, making it one win from five league matches (D1, L3). Prachuap’s underwhelming league form is a consequence of their lackluster defending that has seen them concede at least one goal in their last five top-flight outings at an average of two per game. Another challenging weekend is on the cards as the ‘Killer Wasp’ have lost back-to-back away league fixtures via an aggregate score of 6-2 since a comprehensive 3-0 triumph at Sukhothai on their opening Thai League 1 travel. 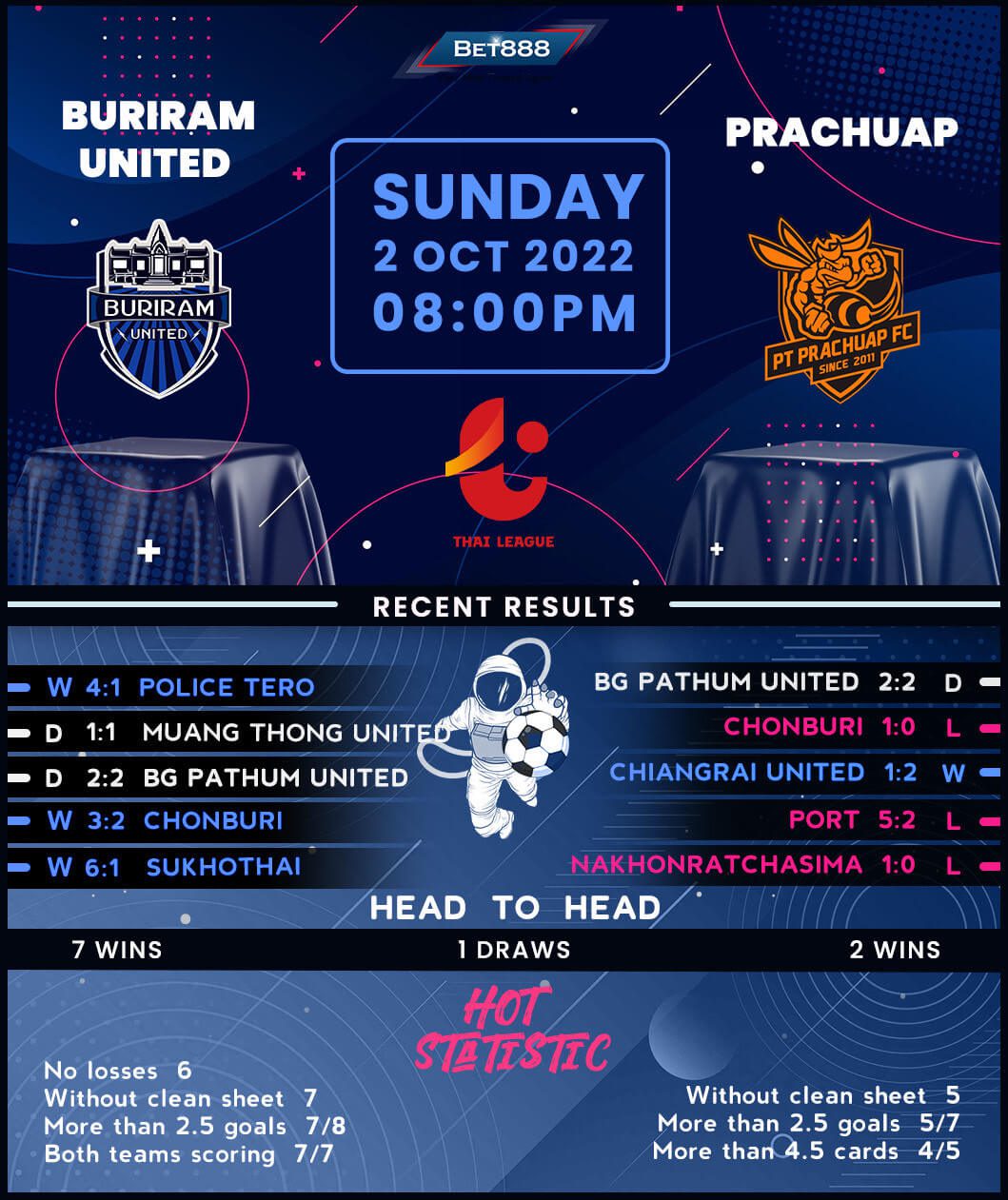