Out-of-sorts Bulgaria will be desperate to return to winning ways when they meet outsiders Gibraltar in a low-profile Nations League fixture at the Huvepharma Arena.

New head coach Mladen Krstajic is bracing himself for a must-win touchline debut as Bulgaria head into this encounter winless in all four Nations League games this season (D3, L1). As only their second overseas manager since the 1960s, Krstajic is thrust to prevent the Bulgarians from suffering successive Nations League relegations. His first assignment as a new manager will be to bring Bulgaria’s underwhelming eight-match winless streak to an end (D4, L4) and lift their Nations League form to another level. Since starting the inaugural Nations League campaign with three victories in 2018, the ‘Lions’ have gone winless in all 13 outings in the competition (D7, L6), highlighting the size of the task Krstajic has to handle as soon as possible.

Meanwhile, visiting Gibraltar cancelled out a 1-0 halftime deficit to hold Bulgaria to a 1-1 draw in the reverse fixture on matchday three but have lost all three remaining League C matches by an aggregate score of 10-0. Despite earning promotion from League D last season, the Iberian minnows are on the cusp of returning to the fourth tier unless they find a way to arrest a 21-game winless streak in international football (D5, L16) dating back to October 2020. Worryingly for head coach Julio Cesar Ribas, his men have failed to get on the scoresheet in five of their last seven Nations League away outings. But after drawing three of their six previous contests in the competition (L3), there’s a glimmer of hope that they could avoid another defeat. 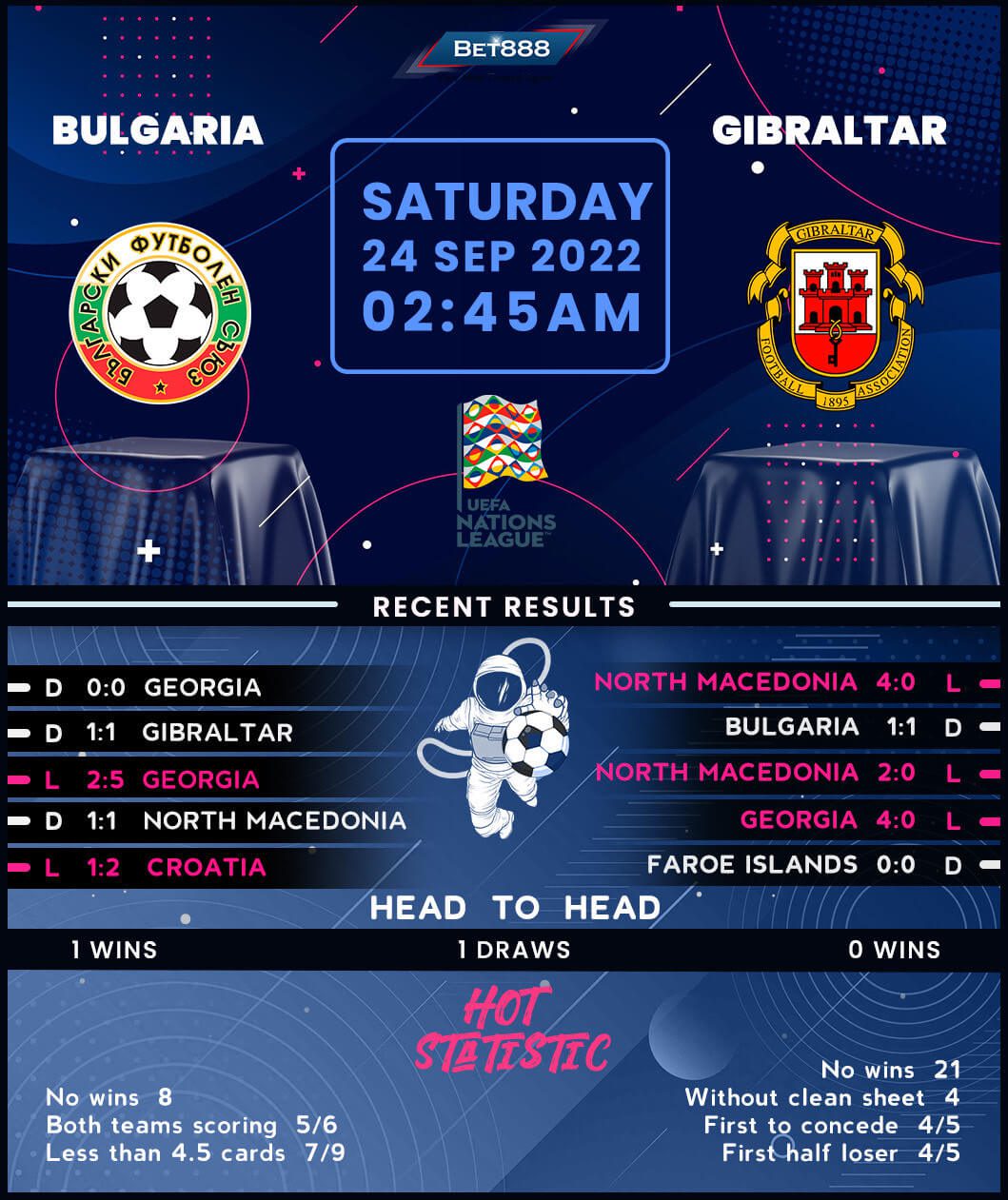