Out-of-form Liverpool head to the Amex Stadium to take on Brighton & Hove Albion in a tasty-looking Premier League clash.

Brighton could not have hoped for a better start to the new calendar year as they followed up a 4-1 Premier League romping of Everton with an overwhelming 5-1 routing of Middlesbrough in the FA Cup. Roberto De Zerbi may have launched his managerial tenure at the Amex Stadium with an abysmal five-game winless league streak (D2, L3). But after guiding Brighton to four wins in the last six Premier League rounds (L2), he’s on his way to winning over the ‘Seagulls’ faithful. The hosts’ high-flying form may have laid the foundation for their bid to break a disappointing five-game winless H2H home record against Liverpool in the Premier League (D1, L4). Incidentally, De Zerbi’s touchline debut saw Brighton hold the ‘Reds’ to a 3-3 draw at Anfield in the reverse fixture.

In the meantime, Liverpool had a controversial VAR decision to disallow Wolverhampton Wanderers’ late winner for holding Wolves to an enthralling 2-2 FA Cup stalemate last weekend. But unlike their hosts, Jurgen Klopp’s men have experienced turmoil at the beginning of 2023, as Brentford thrashed them 3-1 on New Year’s Day, derailing their hopes of securing a top-four Premier League finish. Lagging seven points behind fourth-placed Manchester United, the ‘Reds’ must defy their lackluster away form, having lost 50% of their league matches outside Anfield this season (W2, D2, L4). Indeed, the visitors have earned only 28.6% of their Premier League points this term on the road (8/28), accounting for the worst ratio in the division. 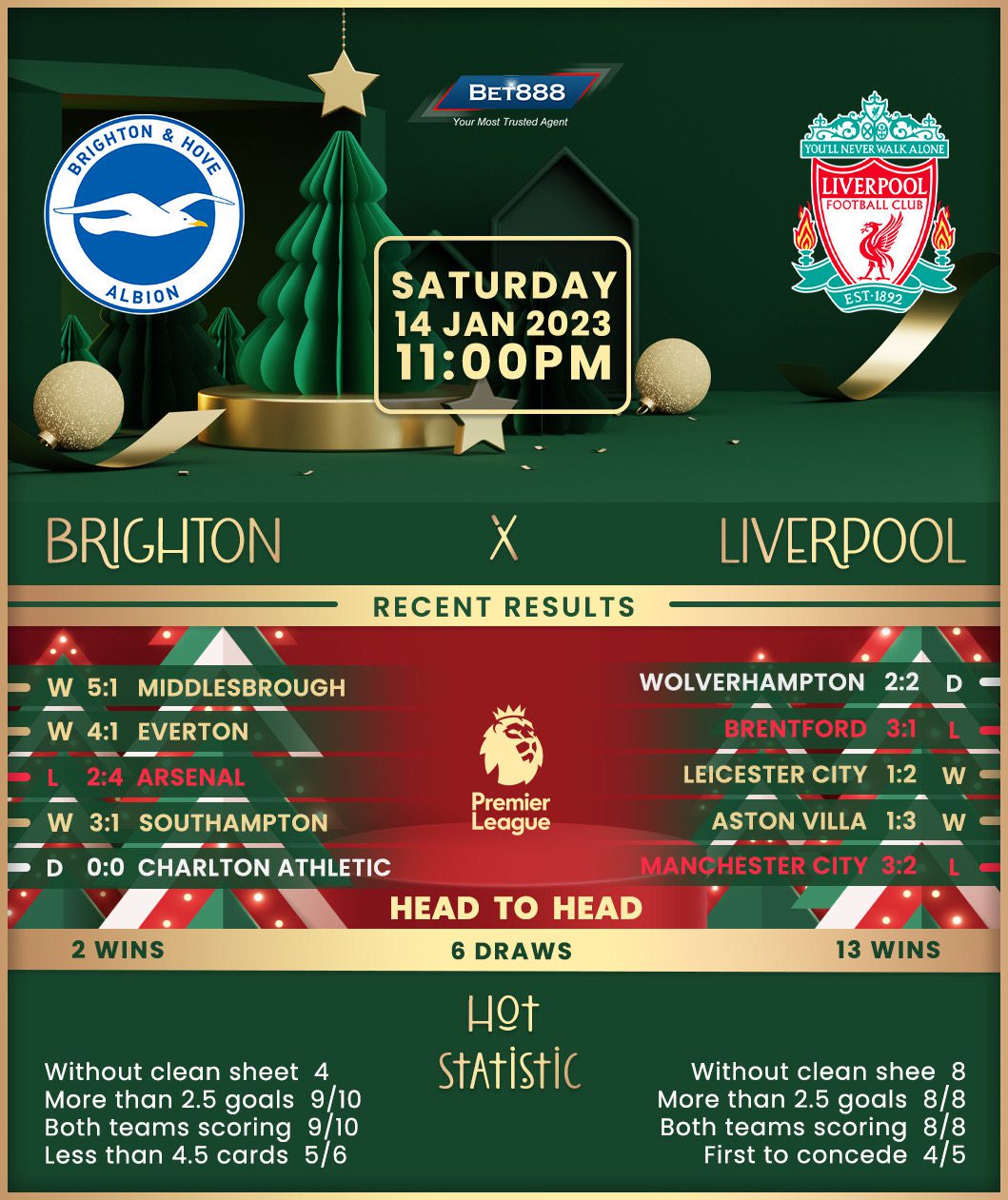