Keen to make it out of the FA Cup third round for the fifth season in a row, Brentford return to the Gtech Community Stadium less than a week after a morale-boosting 3-1 thumping of Liverpool in the Premier League. Thomas Frank’s men should take the field in a buoyant mood, especially after thrashing West Ham 2-0 towards the final stretch of 2022, which forms part of their impressive six-game unbeaten streak against fellow top-flight rivals (W3, D3). That said, the ‘Bees’ have claimed just one victory in their last 19 FA Cup encounters against top-flight clubs (D4, L14), beating Sunderland in 2006. But Brentford’s formidable home record against West Ham in all competitions has seen them lose just two of their 12 H2Hs on home soil (W5, D5).

That’s not what under-pressure West Ham manager David Moyes would want to hear after his side failed to win any of their three Premier League outings since the World Cup (D1, L2). An action-packed 2-2 draw at Leeds United last time out at least ended their dreadful run of five successive Premier League losses, helping Moyes keep hold of his job for now. All that might be in vain unless the ‘Hammers’ record their first away victory in domestic action since beating Aston Villa 1-0 in August. Indeed, they’ve since gone winless on their last seven domestic travels (D2, L5), netting under 1.5 goals on six occasions! On the bright side, Moyes has navigated nine of his 11 FA Cup third-round ties as a manager! 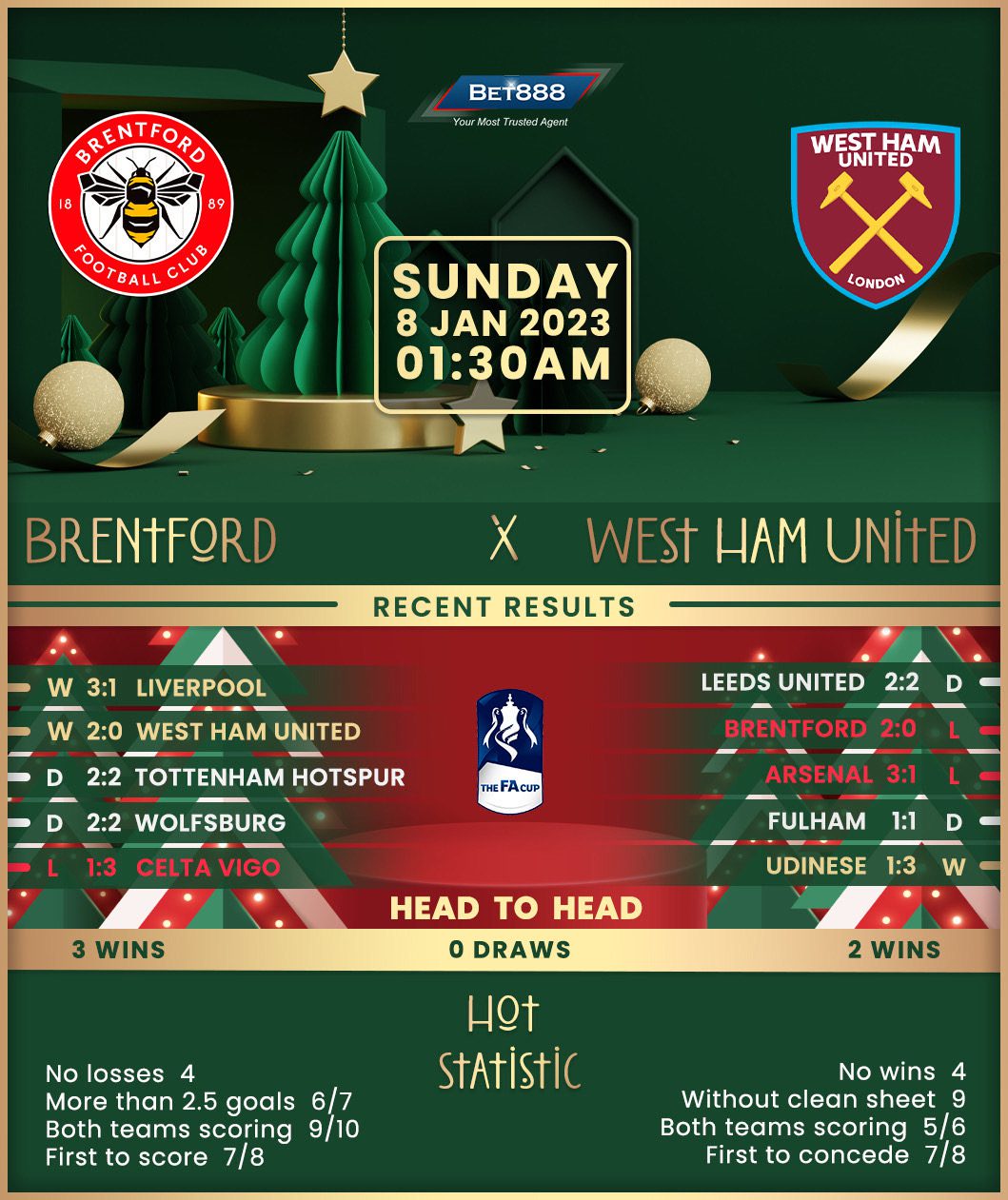