Brentford Community Stadium is the venue as Brentford and Arsenal go head-to-head in an all-London Premier League match-up.

Brentford pulled off an overwhelming 5-2 home triumph over Leeds United before the postponement of the Premier League fixtures to halt a three-match winless league streak (D2, L1) and tuck themselves in mid-table comforts. Seeking their first top-half finish in England’s top flight since 1937/38, Thomas Frank’s men are no strangers to massive upsets, having thumped Manchester United 4-0 at home on matchday two. On top of that, the ‘Bees’ have racked up an eye-catching five wins from their six previous home league meetings with Arsenal (L1), including a 2-0 win in this corresponding fixture last term. You don’t have to look beyond the fact only Manchester City (18) netted more Premier League goals than Brentford (15) across the opening six rounds to understand the ‘Bees’ mean business this term.

On the other hand, Arsenal succumbed to a demoralising 3-1 defeat at Man Utd in the previous Premier League round, as their five-match winning league start went out of the window. Mikel Arteta’s bounced back by beating Zurich 2-1 on the road in their curtain-raising Europa League group stage outing before the cancellation of their last two competitive matches due to the passing of Queen Elizabeth II. Interestingly, none of Arsenal’s 23 previous Premier League games have ended as a draw (W16, L7), the longest ongoing such run amongst current top-flight tenants. That streak is likely to go on, considering the ‘Gunners’ have registered five victories in their last eight away London derby matches in the Premier League, losing the other three. 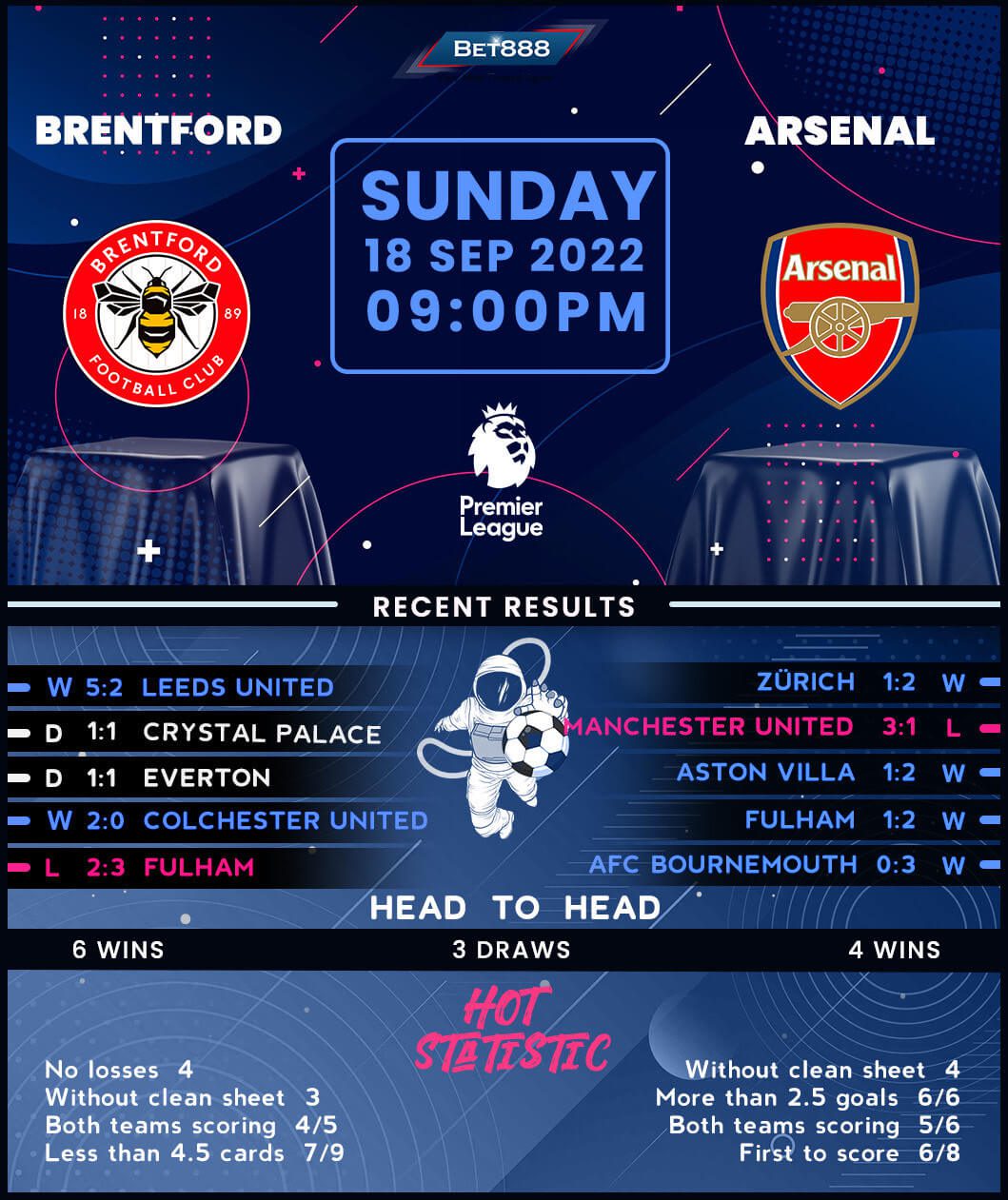