At the Cosmos Arena in Samara, Brazil and Mexico will be facing off against each other in the round of 16, with the CONCACAF side looking to qualify for the quarter-finals after six unsuccessful attempts in a row. Despite the fact, Brazil achieved two triumphs in the group stage, by defeating Costa Rica and Serbia, both by the same 2-0 score, one of the top teams in the World Cup are yet to dazzle in Russia this summer. The Seleção have failed to beat Switzerland in their first match at the World Cup, drawing with La Nati 1-1 showing some uncertainties, especially at the back. On the other hand, Mexico pulled off one of the most impressive wins of the tournament so far, by outscoring Germany 1-0 in their opening World Cup match, after which they routinely defeated South Korea 2-1. However, El Tri would like to forget a game against Sweden as soon as possible, considering they suffered a massive 3-0 loss to the Blue-Yellow in the third round of group phase.

Tite’s chief concern is an injury sustained by Marcelo in a match against Serbia, as the Real Madrid star had to leave the field in the 10th minute. As for Mexico, Juan Carlos Osorio will have all of his players fit and ready for the big showdown. 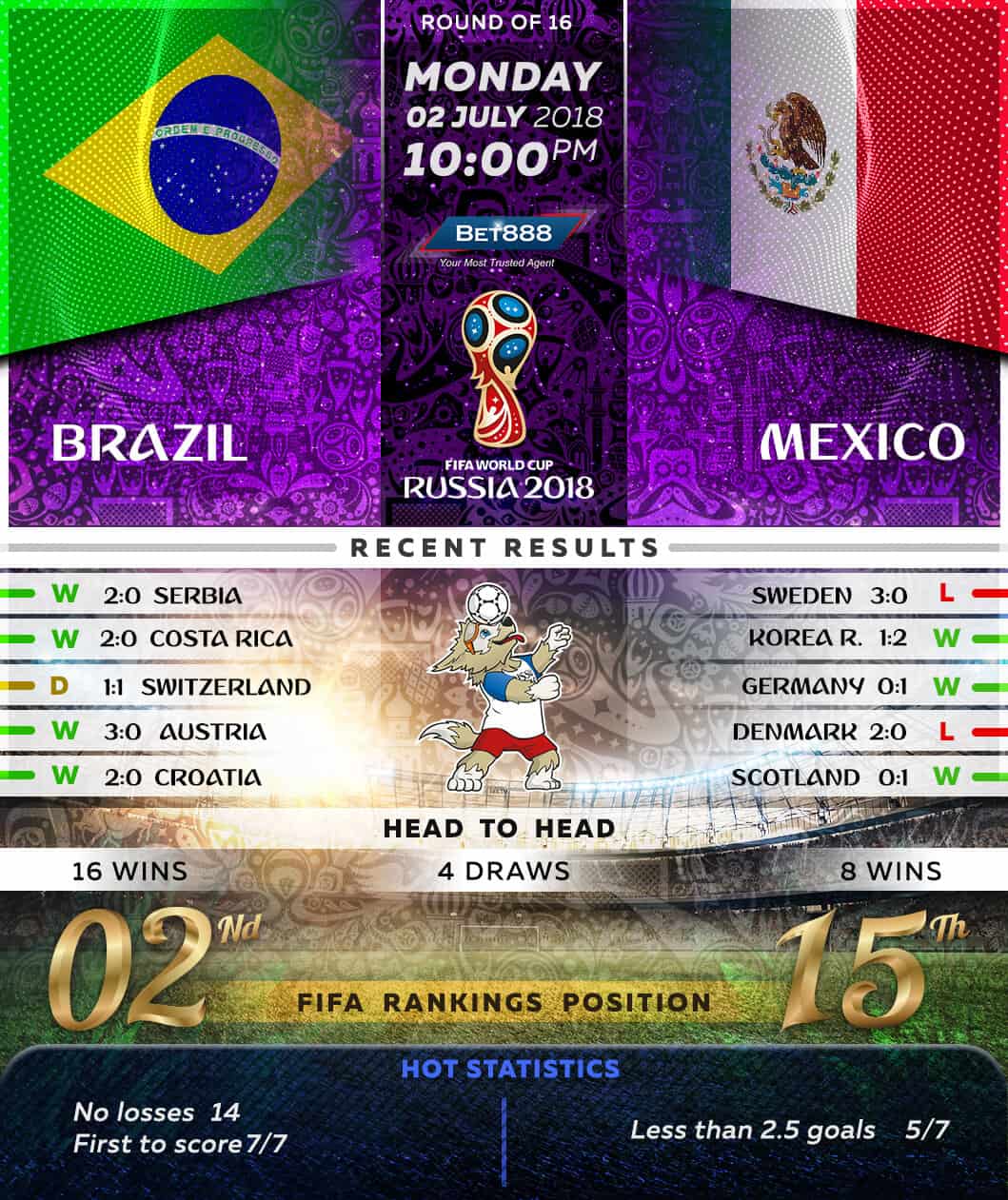