After a disappointing 1-1 draw with Switzerland in their opening World Cup match, Brazil will be looking to achieve their first victory in Russia, as they are set to take on Costa Rica at the Saint-Petersburg Stadium. The Selecaohave dominated the CONMEBOL qualification competition, qualifying for the final tournament from the top spot, and although they are named the number one favorites to lift the prestigious trophy, they failed to leave up to expectations against a stubborn Swiss defense. On the other hand, Costa Rica who managed to secure their second consecutive World Cup appearance lost to Serbia by one goal to nil, and if they seek to repeat the similar success to that of four years ago, a positive result against the SouthAmerican giants is a must. Tite’s team achieve four straight victories in 2018 before drawing with Switzerland, while Los Ticos lost four out of six matches they’ve played this year, and considering the quality of the two sides, Brazil will open this encounter as a huge favorite.

After being fouled ten times against the Nati, some rumors suggested that Neymar might skip the match against Costa Rica due to a slight injury, but it hasn’t been confirmed as of yet. As for the CONCACAF-based team, Christian Bolanos, who changed the pace of Costa Rica’s attacking movements after coming on off the bench against Serbia, might start from the first minute. 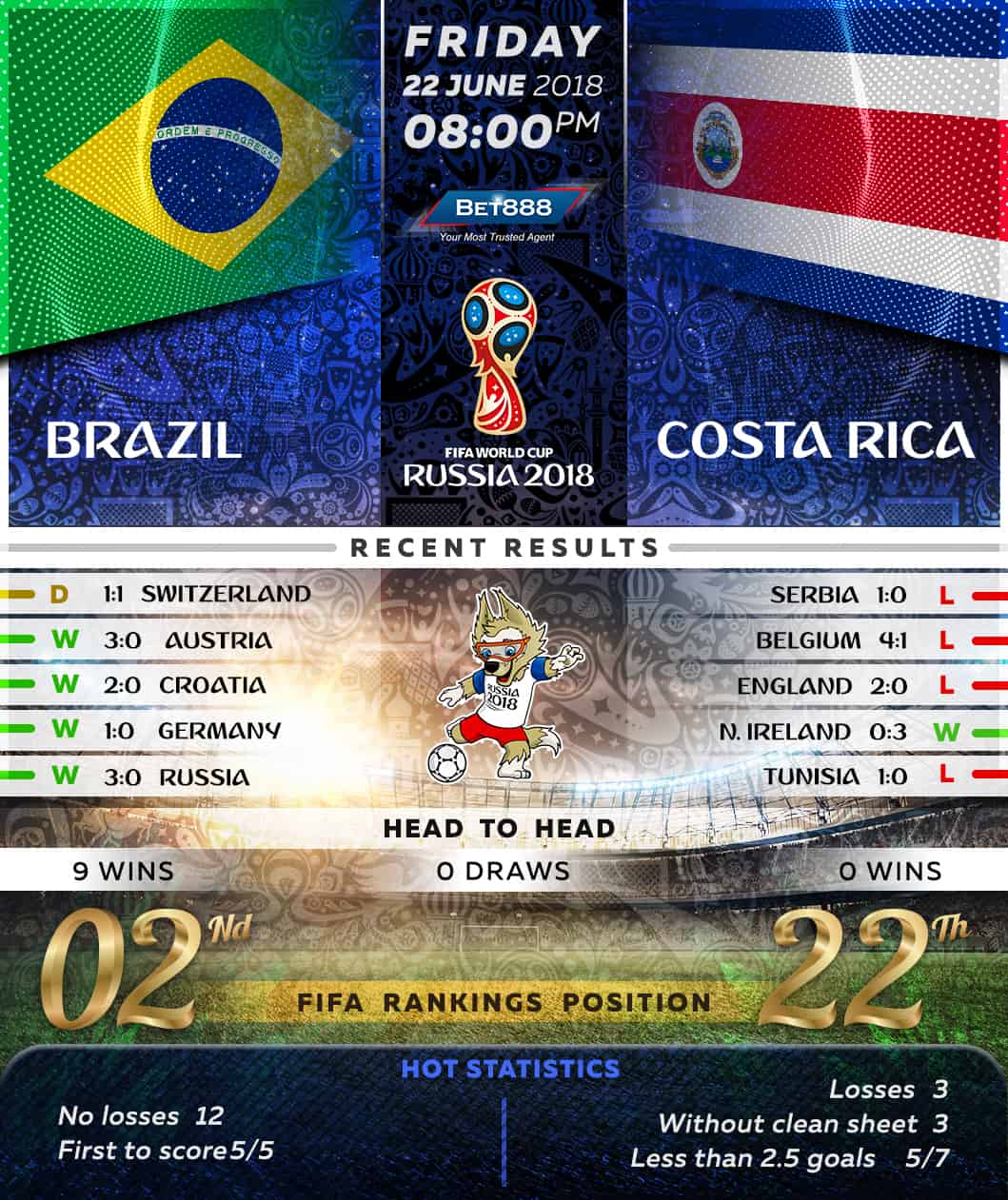