A quarter-final encounter between Brazil and Belgium at the Kazan Arena will provide the best football spectacle to all football fans around the world, as probably the best two teams on the planet at this moment are looking to face off against each other at the World Cup for the first time since 2002. Widely recognized as the leading candidates to win the prestigious tournament, Brazil are yet to leave up to expectations, as they seemed unwilling to produce their best performance as of yet. Although the Selecao easily went past the group stage with two wins and a draw, they have failed to entertain the fans who expected much more from the likes of Neymar, Coutinho, and Gabriel Jesus. However, the South American giants have proved they can score a goal almost every time they reach the final third; comfortably beating Mexico in the round of 16 by two goals to nil, mainly thanks to some stunning saves by the Mexican goalkeeper Ochoa. Meanwhile, De Rode Duivels finished top of Group G with all three wins and a +7 goal difference, sending a clear message to other title contestants they arrived in Russia to lift the prestigious trophy for the first time in their history. But, Roberto Martínez’s team went through a turbulent experience against Japan in the first round of the knockout stage; as they barely managed to advance to the quarter-finals after coming back from two goals down to win the encounter 3-2 in the closing moments of the game.

Both managers are expected to have all of their players fit and ready for the big showdown, including Marcelo who skipped the match against El Tri. 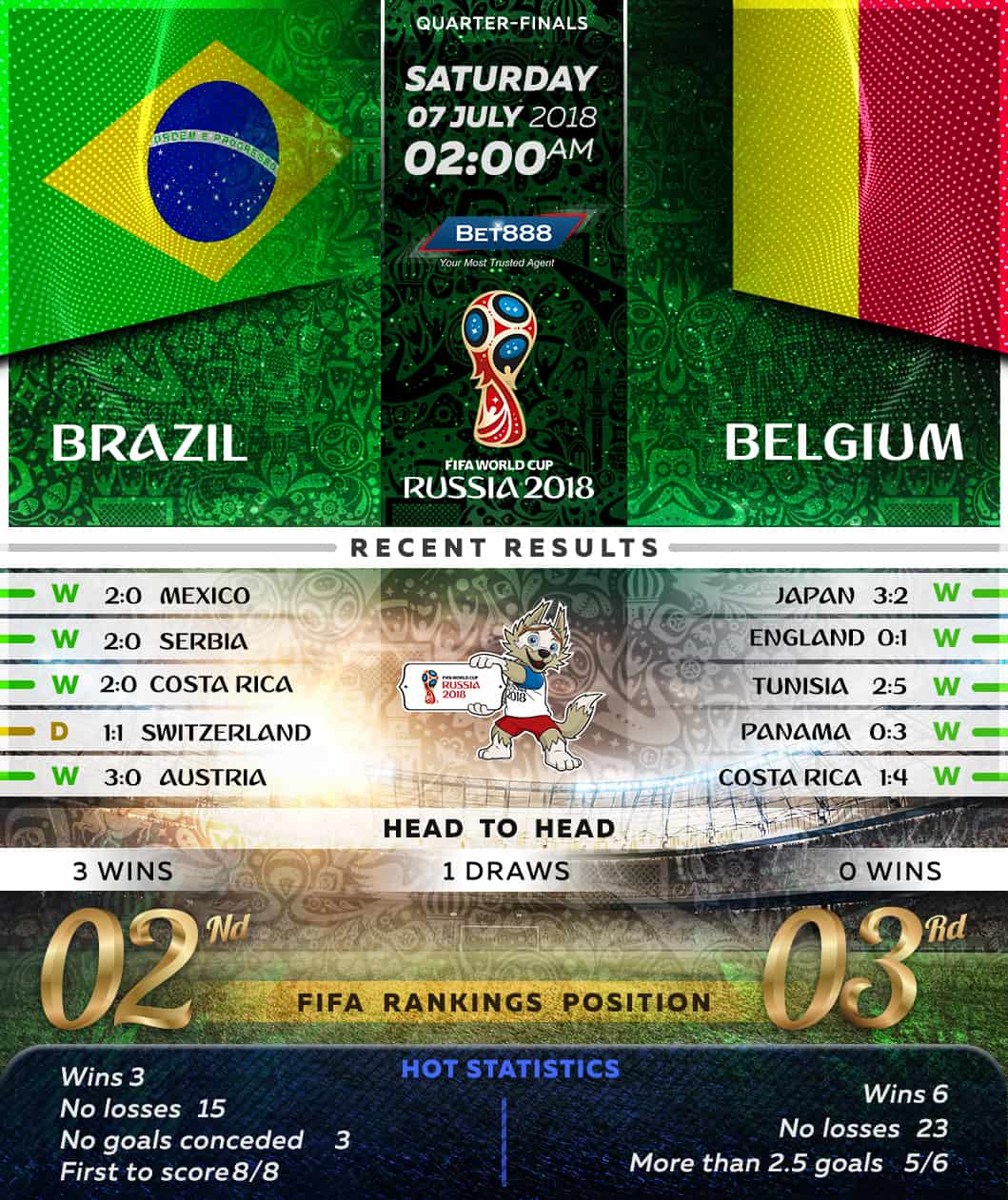