At the Children’s Mercy Park in Kansas City, Brazil and Australia will open the 2018 Tournament of Nations, a second international women’s football tournament with a friendly character that in addition to Brazil and Australia will also see Japan and the United States competing for the flattering award. Given the fact that the Seleção never won the World Cup title, head coach Vadão is desperate to prepare his team as best as possible ahead of the 2019 FIFA Women’s World Cup, and this tournament might be the right opportunity for him to test the squad’s capabilities and limits. Marta and her fellow teammates comfortably won the 2018 Copa América Femenina recording a maximum of seven victories, and they have every intention to maintain a good spell in the United States this summer. On the other hand, the Matildas lost to Japan by one goal to nil in the big final of the 2018 AFC Women’s Asian Cup, which was the second consecutive time Nadeshiko Japan wrapping up the title in front of Australia.

In addition to Marta, lethal finishers such as Beatriz and Thaís, as well as, Debinha, should be the ones to spearhead Brazil’s attack in this match. As for Australia, Alen Stajcic decided to bring in a few teenagers, with Amy Sayer and Mary Fowler looking to make their first appearance for the senior team, while the 19-year-old Alex Chidiac and the 18-year-old Ellie Carpenter already have experience playing for the first team. 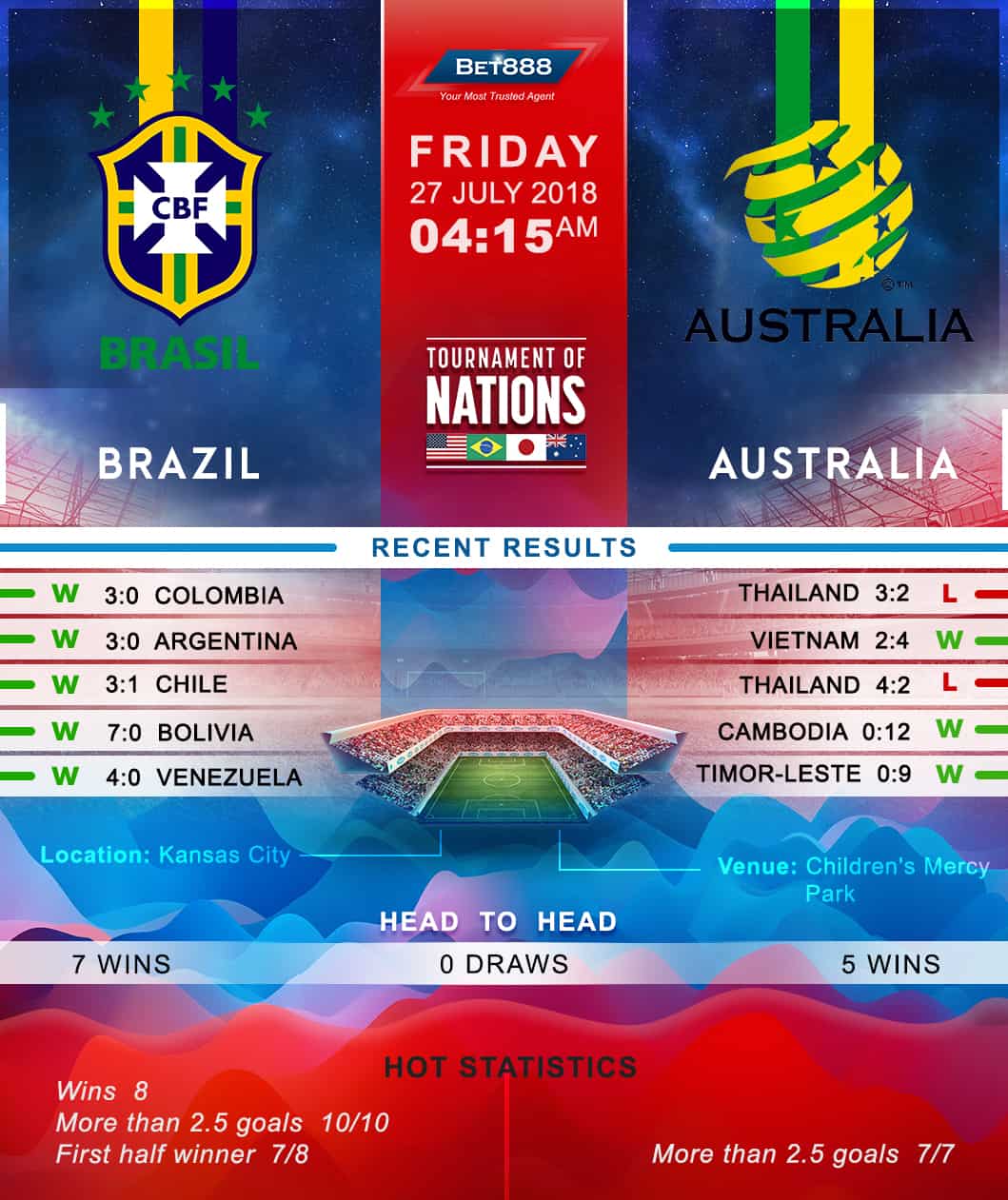