After a difficult last season, where they finished 12th on the table with a -16 goal difference, Bournemouth will kick off the new campaign against the team that joined the elite this year, as they prepare to host Cardiff City at the Vitality Stadium. The Cherries have had an extensive preparation campaign, having played six friendlies, four of them against the sides away from England. Eddie Howe’s team started the summer preparations with a 1-1 draw with Sevilla after which they have defeated Levante by four goals to three. However, after a promising start, the Premier League side has lost the balance, drawing 1-1 with Bristol City, while losing two consecutive times, 2-0 to Nottingham Forest and 2-0 to Betis. Still, Bournemouth will enter the season with a lot of confidence considering the fact they have demolished Marseille by five goals to one in their last summer fixture. In the meantime, the Bluebirds that finished second in the Championship last season failed to take part in some high-quality friendly,as they mainly faced off against low-profile teams, while they lost their only notable match, the one against Real Betis, who beat them 2-1.

Jefferson Lerma, who recently arrived at the Vitality Stadium, might get the chance to make his debut, while Cardiff’s two most expensive summer signings, Josh Murphy and Bobby Reid, should both start from the first minute. 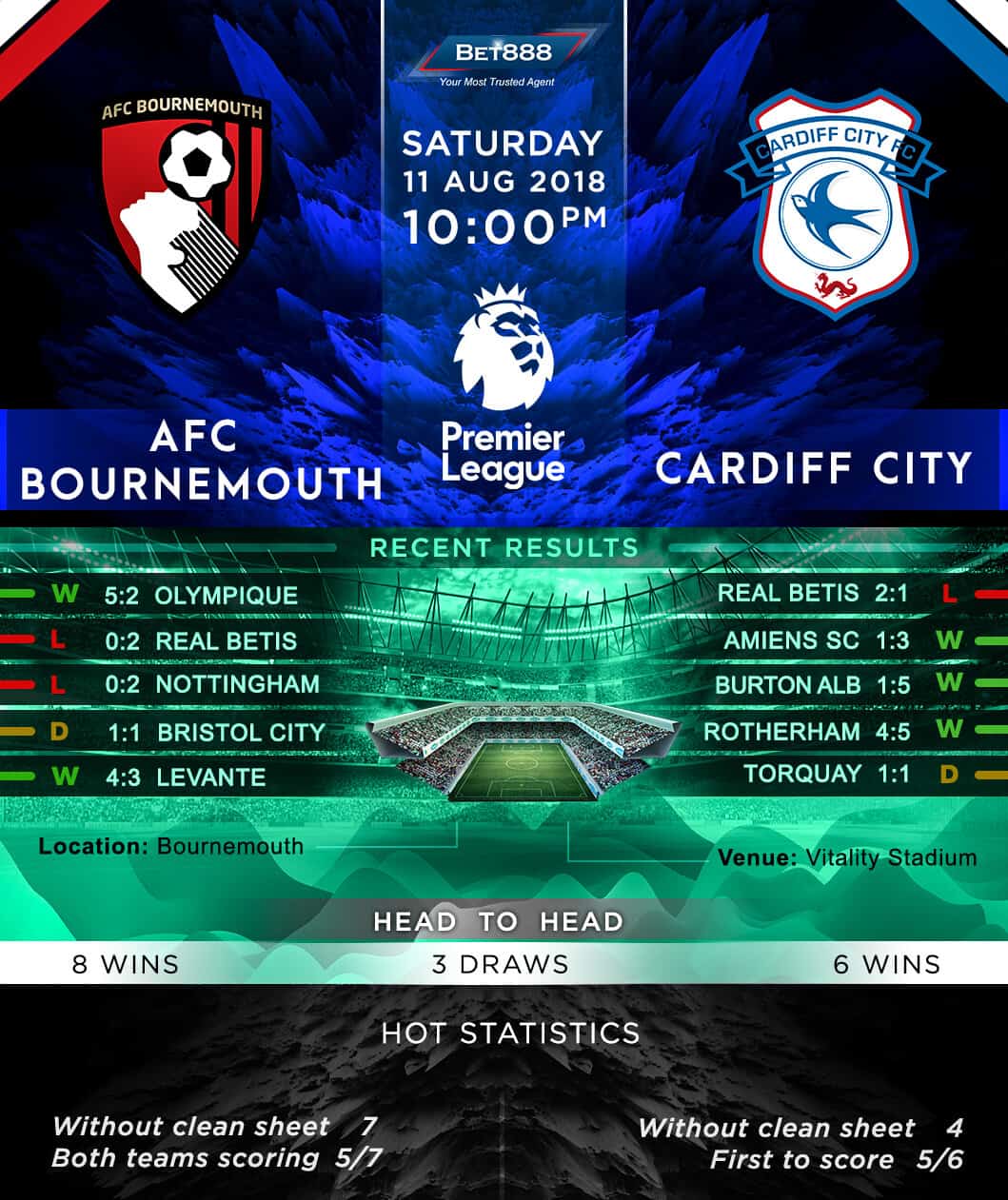