Borussia Monchengladbach and Stuttgart will face-off at Borussia-Park this weekend, as the hosts look to post their fourth straight home victory over the Reds.

Having secured a maximum of 18 points in six home clashes in the Bundesliga, the Foals are the only team in the German top flight to get the most out of their local games. What’s more, the Borussians have notched a minimum of two goals in each of their last four home encounters, keeping a clean sheet two times in the run. Although they have conceded 16 goals in the Bundesliga so far, Dieter Hecking’s players have allowed just three goals at Borussia-Park, which is the joint-best defensive record in Germany. But, a 2-0 road loss to RB Leipzig last weekend has brought Borussia Monchengladbach’s three-game Bundesliga winning run to an end, and it was also the first time they have failed to hit the back for the first time this campaign.

A poor haul of just five points from their opening ten Bundesliga matches has seen the visitors ending up in the relegation zone. However, two wins in their previous three league encounters have helped the Swabians close the gap on Nurnberg, as they now go in search of the back-to-back Bundesliga wins for the first time this season. Although Markus Weinzierl desperately wants to see his team escaping the danger zone, his team’s displays away from home have been far from promising, which was their main problem so far. The Reds have lost four meetings on their last five road trips, conceding 11 while scoring just three goals during the run. Furthermore, Stuttgart have failed to keep a clean sheet six times in seven away games this term, allowing at least two goals per match on five occasions in the process. 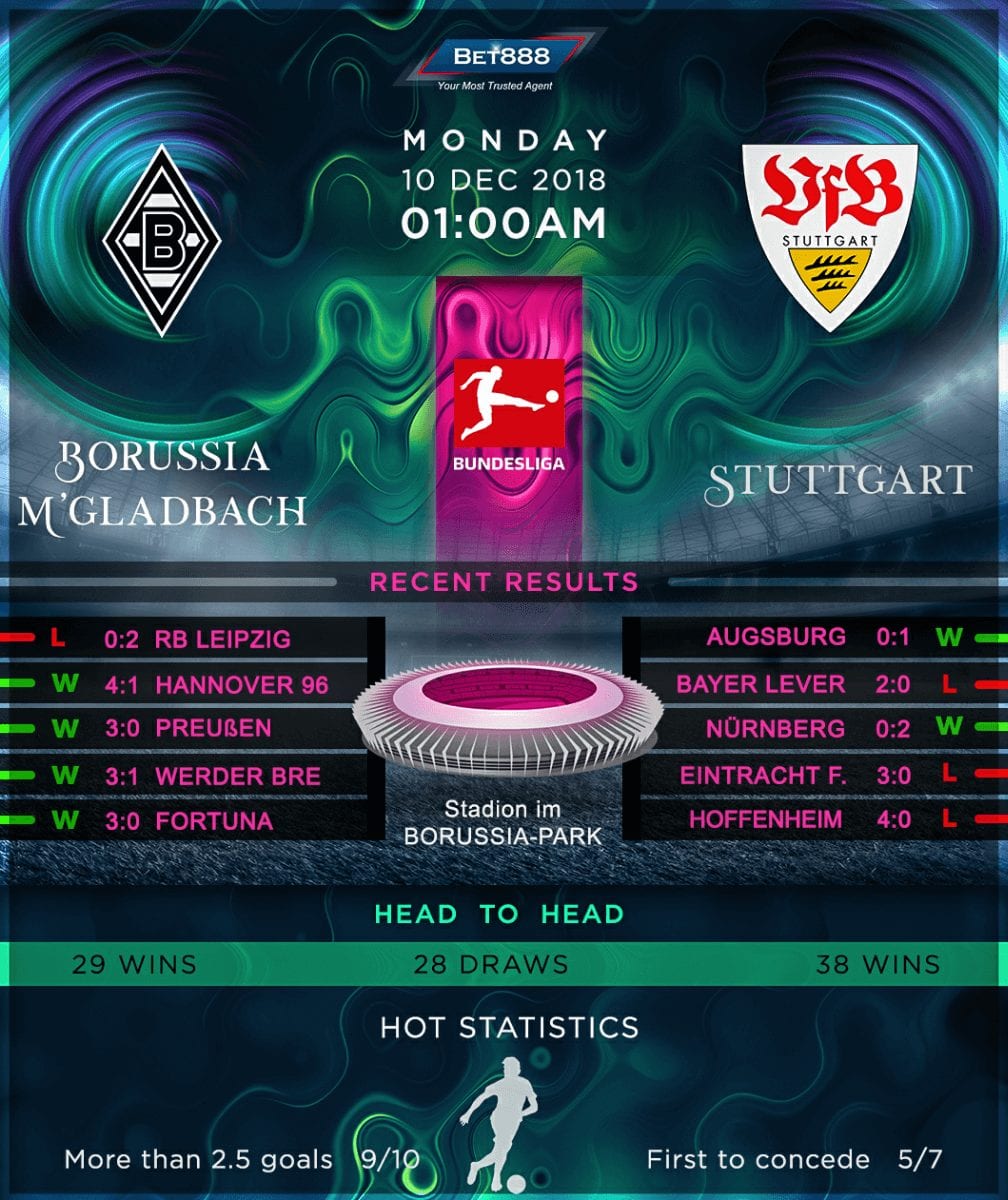