Borussia Monchengladbach will host Bayern Leverkusen at the Borussia-Park in the DFK Pokal round of 32, hoping to get revenge for last season’s round of 16 elimination.

With a record of five wins, two draws, and two losses, the Foals currently sit in the 3rd place in the Bundesliga, with a 4-point deficit to Borussia Dortmund. Dieter Hecking’s team are the only side in the German top flight to achieve a maximum of twelve points in four home meetings, having notched eleven goals while conceding just two in the process. With a total of 20 goals scored so far, the Borussians have the second-best goal scoring record in Germany, while holding the fifth-best defensive record with 12 goals conceded. Monchengladbach kept a clean sheet three times in the opening nine league matches, which makes their back line better than Bayern Munich’s at the moment.

On the other hand, after a nightmarish start of the season, which saw them losing the opening three Bundesliga clashes, the Company XI have managed to bounce back, registering four wins in the subsequent five matches in all competitions. Meanwhile, Heiko Herrlich is desperate to see his defense stepping up, considering they’ve only kept a clean sheet twice in a total of 13 competitive encounters so far. Leverkusen’s defense is among the worst ones in Germany, as they’ve already conceded 17 goals in the Bundesliga, allowing seven more in the Europa League. However, Bayer will enter the game full of confidence following an astonishing 6-2 triumph over Werder Bremen last weekend. 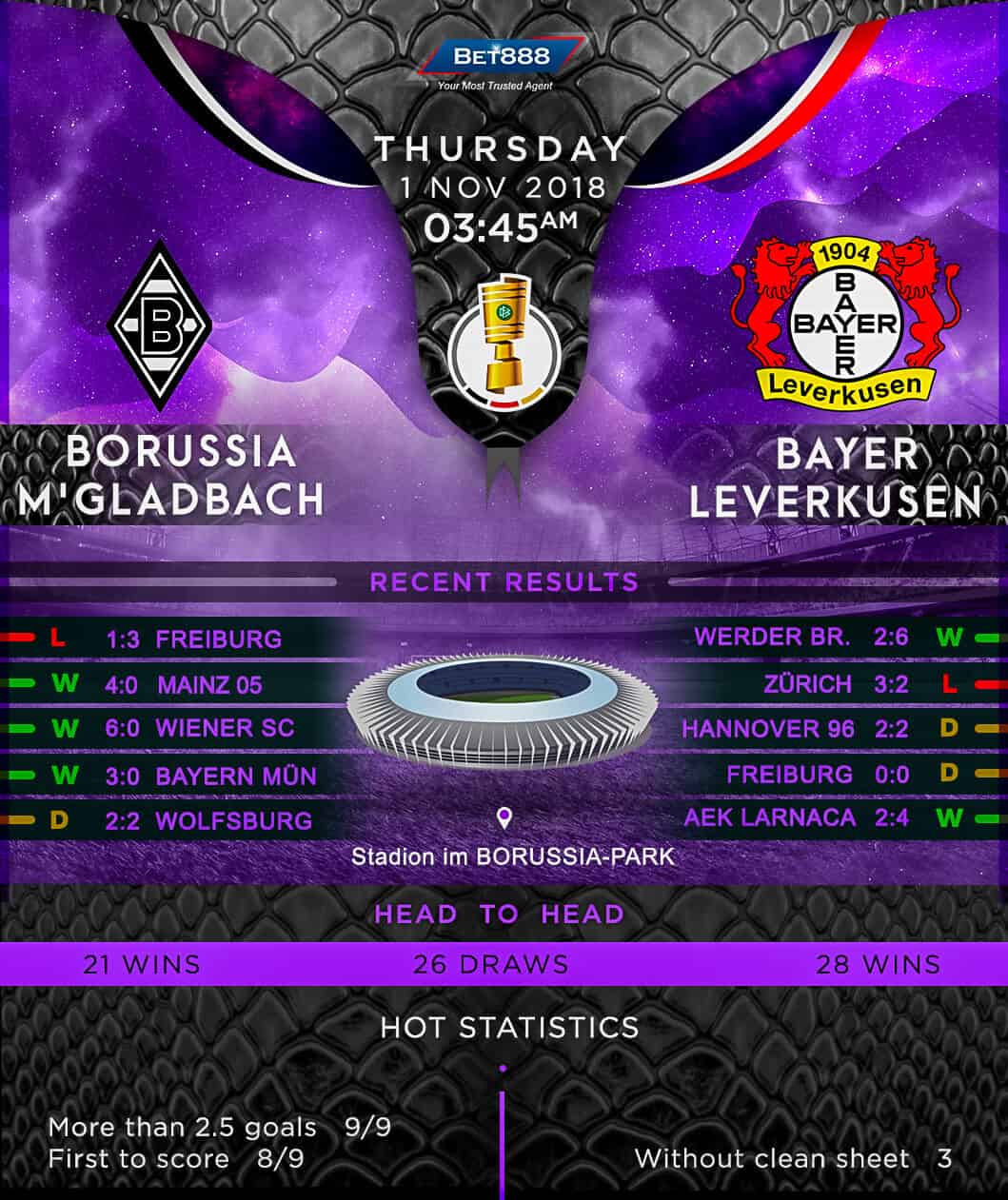