The current leaders have so far secured 11 wins and played out four draws in the German top tier competition, as they currently have a seven-point lead over second-placed Borussia Monchengladbach and a comfortable nine-point lead over arch-rival Bayern Munich. The Black and Yellows will look to post their fourth consecutive win in all competitions after beating AS Monaco in the Champions League during midweek. What’s more, Lucien Favre’s men go in search of their seventh home win in the Bundesliga this campaign, with only Borussia Monchengladbach (21/21) collecting more points at home than the leaders. Not only the BVB have the best attack in the league, with 39 goals scored so far, but they are also one of two teams that have scored at least two goals in each of their seven home encounters this term.

Meanwhile, the visitors managed to bring a frustrating four-game winless Bundesliga run (D1, L3) to an end last weekend when they outplayed Fortuna Dusseldorf at home. Although winless on their last two road trips, the River Islanders have racked up three away triumphs this campaign, which is the third-best record in the top flight. However, Werder’s defensive frailties have seen them failed to keep a clean sheet five times in six road meetings in the Bundesliga this season, conceding a minimum of two goals on three occasions in the process. Florian Kohfeldt will also have to deal with the fact Werder have lost five out of their last six visits to Signal Iduna Park, conceding at least three goals three times during the run. 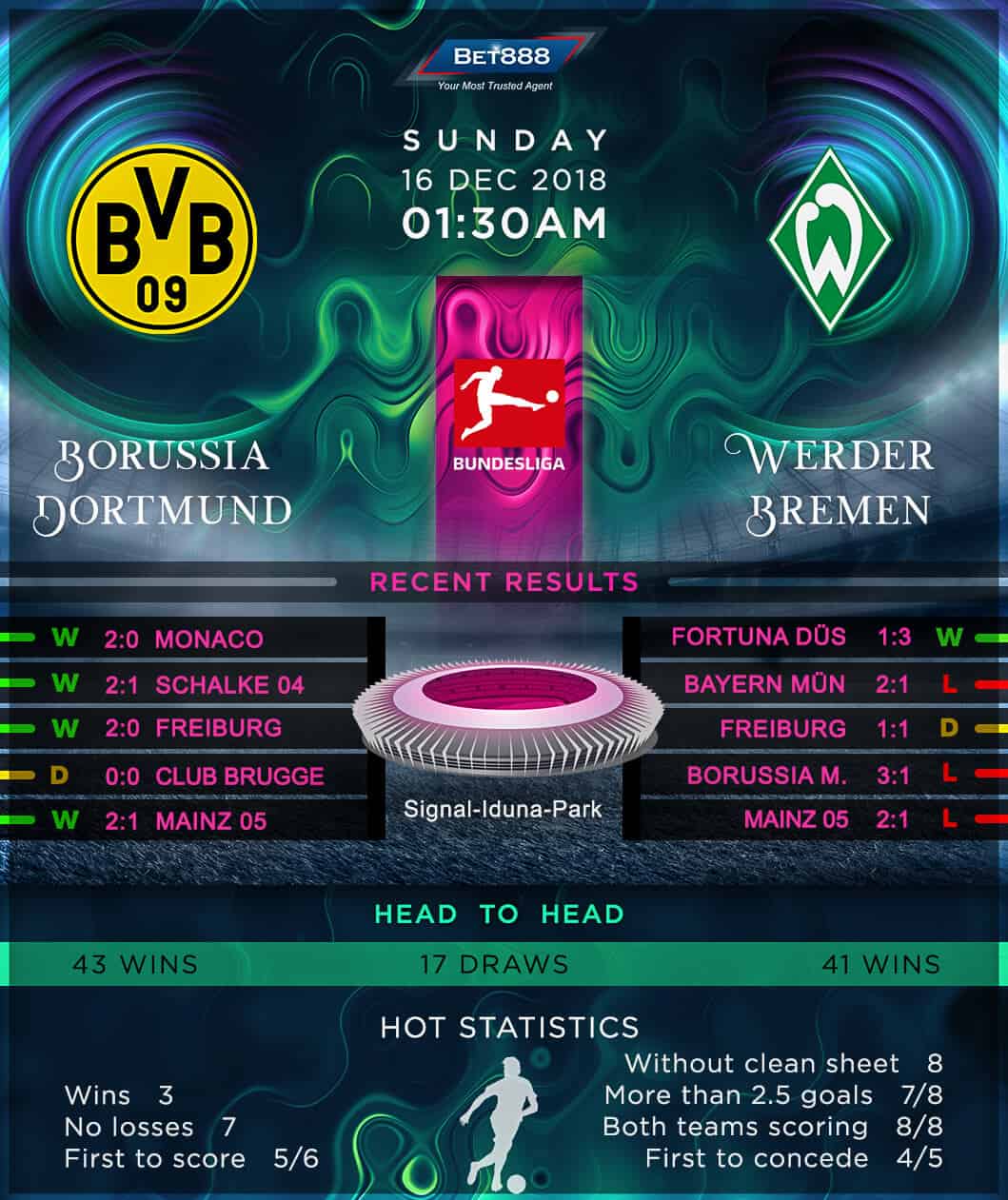