After a disappointing 1-1 draw with Werder Bremen last weekend, Borussia Dortmund will host the struggling Mainz side, who are yet to secure their spot in the German top flight for the next season. The Black and Yellows have won four consecutive games at the Signal Iduna Park scoring eleven goals in the process, as only Augsburg managed to leave Westphalia undefeated in the last three months. As for the O-Fives, they’ve lost five out of previous eight matches on the road, winning once over Hertha by two goals to nil, and considering they only have three points more than Wolfsburg, who are in the danger zone, a positive outcome against Dortmund is a must for Rouven Schröder’s team. However, it is going to be a difficult task, as Mainz failed to win in Dortmund for more than thirteen years, with the BVB defeating them in six straight Bundesliga matches at home. Four out of their last five head-to-head encounters went to Die Borussen’s favor, which shows how hard the Carnival club find collecting points against the former Bundesliga champions.

Peter Stöger has immense trouble with injured players, as Erik Durm, Sebastian Rode, Dan-Axel Zagadou, Raphaël Guerreiro, and Michy Batshuayi are all sidelined with physical problems. The visitors are also massively weakened with Niko Bungert, Emil Berggreen, Leon Balogun, Suat Serdar and Pablo de Blasis are all set to skip the encounter due to injuries. 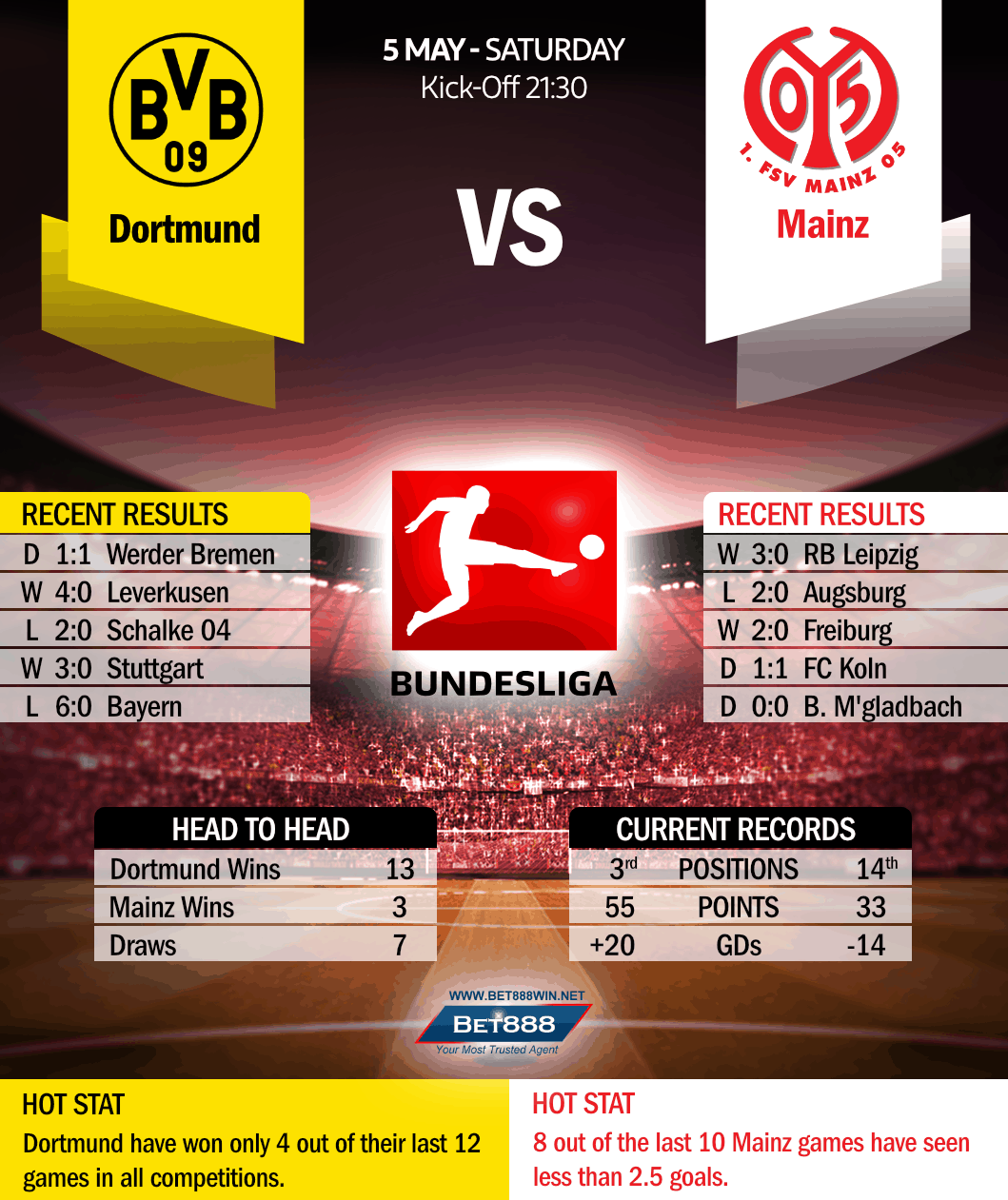