Signal Iduna Park is the venue as Borussia Dortmund and Freiburg meet in an exciting Bundesliga top-three six-pointer.

Borussia Dortmund got their fans through an emotional rollercoaster in their opening Bundesliga game of 2022, coming from a 2-0 down to beat Eintracht Frankfurt 3-2 away from home. Despite an indifferent five-game form in Germany’s top-flight (W2, D1, L2), ‘Die Borussen’ sit only six points adrift of pacesetters Bayern Munich. To keep their faint hopes of ending Munich’s long-term tenure in the Bundesliga, Dortmund will have to halt a two-match losing run against Freiburg. However, the hosts have been nothing short of outstanding in their home Bundesliga meetings with this opposition, having lost just one of their 21 such match-ups (W17, D3), winning the last three in a row by an aggregate score of 7-0. What’s more, Marco Rose’s men have amassed more Bundesliga points at home than any other side this term (24 – W8, L1).

On the other hand, Freiburg turned a 2-0 lead into an underwhelming 2-2 home draw against relegation-battling Arminia Bielefeld last time out, stretching their unbeaten league streak to three matches (W1, D2). Despite a lacklustre defensive showing versus Bielefeld, Christian Streich’s men boast the joint-best defensive side in the Bundesliga this season, having conceded just 18 times to date. Topically, they remain the only Bundesliga team yet to ship double-digits away from home this term, conceding just seven goals in nine league travels. After keeping a clean sheet in their last two Bundesliga away matches, Freiburg could equal the club’s best-ever run of three consecutive shutouts on hostile turf in the top-flight. Meanwhile, they’ve scored a comfortable league-high 16 Bundesliga goals from set-pieces this season, meaning they are a genuine nightmare from such plays. 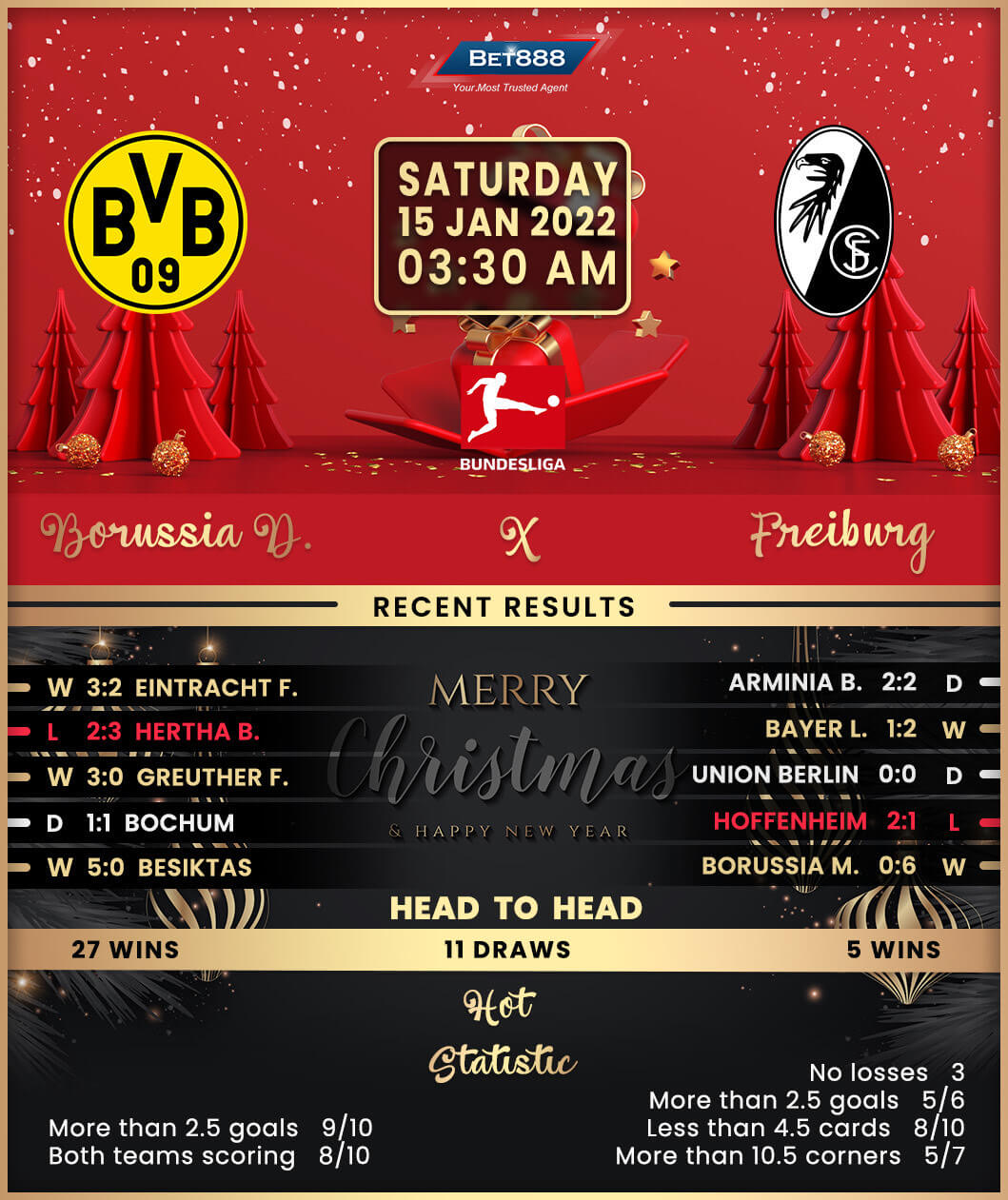