After a frustrating scoreless stalemate with Club Brugge in the Champions League, Borussia Dortmund will host Freiburg at Signal Iduna Park, looking to extend their 3-game winning Bundesliga run.

Under the tutelage of Lucien Favre, the Black and Yellows reside the only unbeaten German side after the opening 12 Bundesliga fixtures. BVB currently top the table with a record of nine wins and three draws and an impressive +22 goal difference. Favre’s players have racked up five home wins, having been held to a 2-2 draw to Hertha Berlin in the process. With 35 goals scored so far, Borussia Dortmund hold the best goalscoring record in the German top tier, as they have scored a minimum of two goals per match nine times. Only RB Leipzig shipped fewer goals than Dortmund, who have conceded 13 goals in 12 Bundesliga clashes, keeping a clean sheet four times in the run.

Now winless in four competitive games, Freiburg will be heading towards North Rhine-Westphalia to face a team that has the joint-best three-game form in top division. Residing one of the worst road teams in the Bundesliga, ‎Breisgau-Brasilianer secured just one triumph in their last five away games, failing to keep a clean sheet in the process. Having conceded 20 goals in their opening 12 Bundesliga matches, Freiburg have the sixth-worst defensive record in the German top tier, as they have struggled to keep a clean sheet ten times so far. Although Christian Streich’s men failed to find the back of the net on just two occasions in the league up to this point, they have scored two or more goals per match only three times, which is the joint-worst record in the Bundesliga. 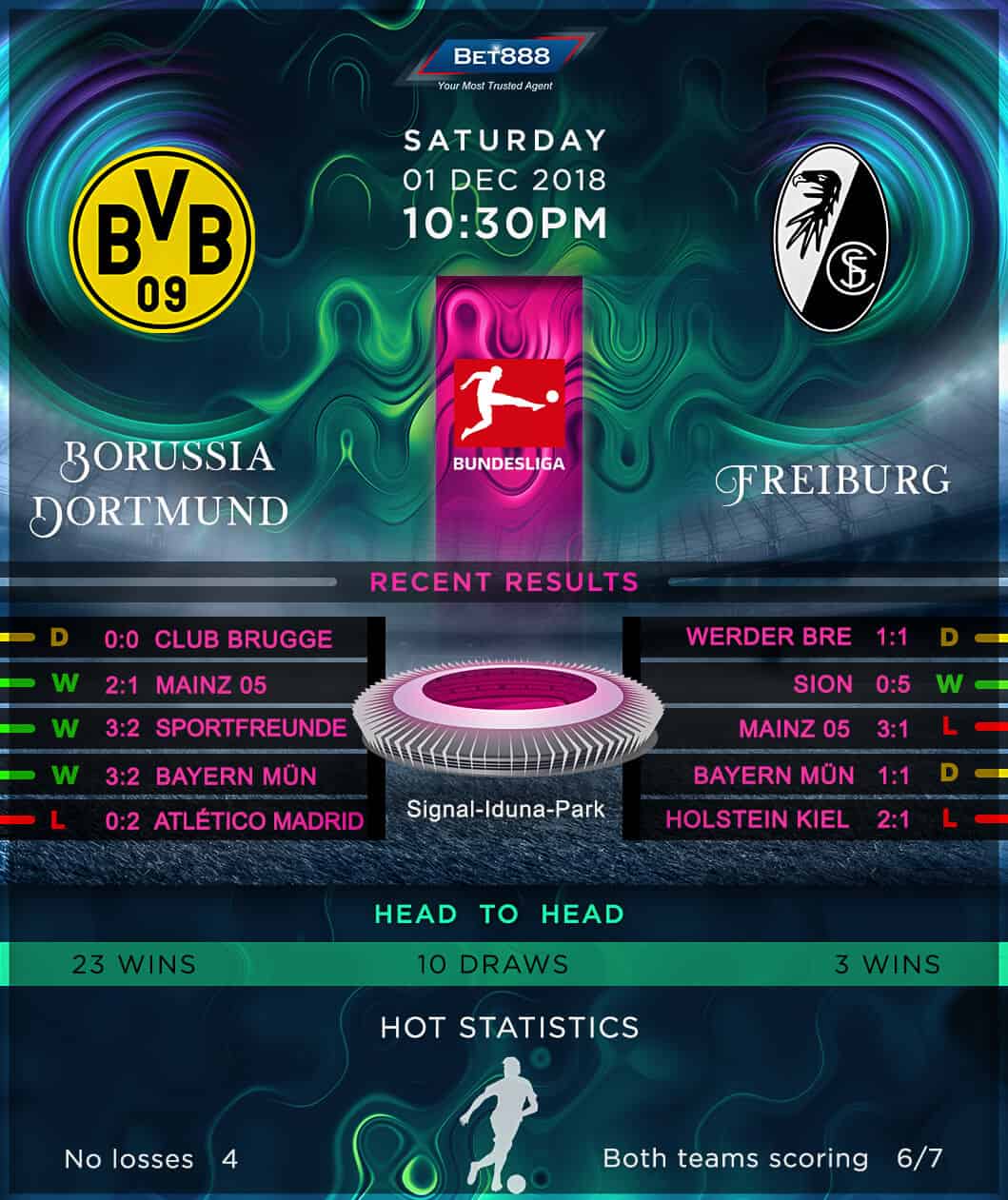