After achieving two consecutive victories at the International Champions Cup, Borussia Dortmund will face off against Benfica at the Heinz Field in Pittsburgh looking to extend an impressive streak. The Black and Yellows have defeated notably weakened Manchester City’s side by a narrow one-goal margin, after which they have demolished Liverpool by three goals to one despite the fact that the Merseysiders took the lead in the 25th minute thanks to Virgil Van Dijk’s goal. A win over the English giants was Dortmund’s third triumph this summer as Lucien Favre’s team also beat Austria Wien 1-0 earlier this month. As for Benfica, they have already featured in three friendly matches after the end of the season, securing two wins, 3-0 against low-quality Serbian team Napredak Krusevac, and 1-0 over Sevilla, while playing out a 1-1 draw with Setubal. The Eagles are hopeful they can regain the league title following a nightmarish closure of the last campaign when they allowed Porto to win the league with a huge 7-point gap.

It will be the first time since the 2017 Champions League round of 16 these two teams are playing against each other, as Dortmund comfortably eliminated the Portuguese side by 4-1 on aggregate.

Achraf Hakimi who arrived from Real Madrid after the end of the World Cup still waits for his chance make his first appearance with the new club, while Nicolás Castillo looks to maintain an impressive form since arriving from Pumas UNAM earlier in the summer. 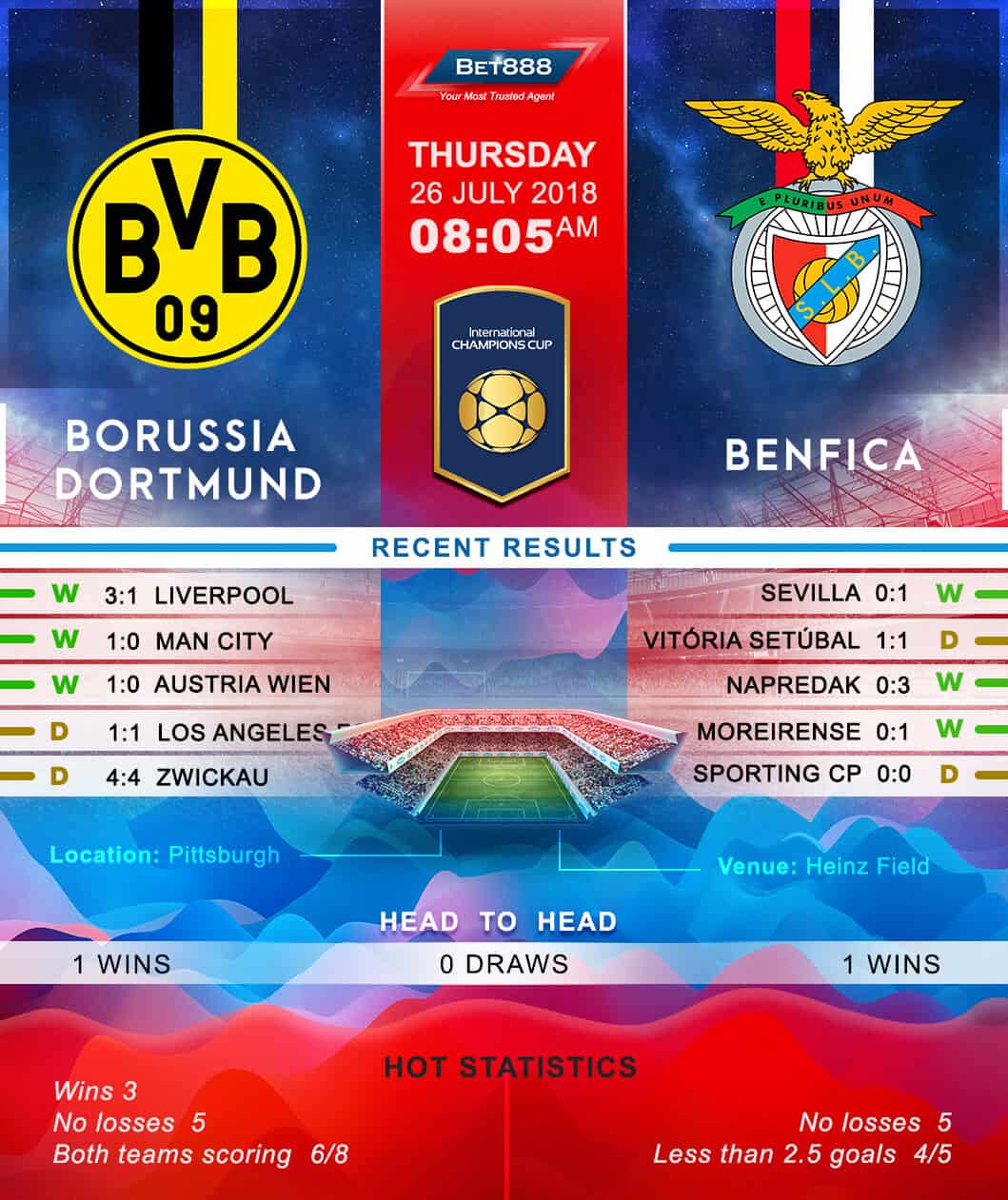