After barely securing a narrow 1-0 triumph over Club Brugge in the Champions League opener, Borussia Dortmund will be hosting AS Monaco at the Signal Iduna Park, hoping to wrap up another three points and keep up the tempo with Atletico Madrid.

The Black and Yellows are undefeated this season in all competitions, as they currently top the Bundesliga table with a 1-point lead over Bayern Munich. The BVB have clinched two straight league victories following a 1-1 draw with TSG Hoffenheim by destroying Nurnberg 7-0 at home and pulling off a stunning second-half comeback against Bayer Leverkusen last weekend, which saw them recovering from a 2-goal deficit to snatch a 4-2 triumph. Additionally, Lucien Favre’s side have won all three home games this season, scoring fourteen while conceding two goals in the process.

Meanwhile, Les Monégasques are going through a nightmarish period as they’ve failed to grab a victory in the last eight games in all competitions. Only last weekend, Les Rouges et Blancs suffered a 2-0 defeat to AS Saint-Etienne, which was their fifth loss this season, as they also struggled against Atletico Madrid on the opening Champions League matchday, eventually allowing Los Colchoneros to walk away from the Stade Luis II with all three points. Monaco’s only win this year arrived in the opening Ligue 1 fixture against Nantes, and if Leonardo Jardim wants to avoid an early farewell, a positive outcome against the German giants is an absolute imperative.

Jeremy Toljan, Omer Toprak, Mario Gotze, and Sebastian Rode are sidelined with injuries, while Lukasz Piszczek might be ready for the encounter. Meanwhile, Ronael Pierre-Gabriel, Rony Lopes, and Stevan Jovetic won’t be playing for the visitors, while Pietro Pellegri should start from the bench after picking up a thigh injury. 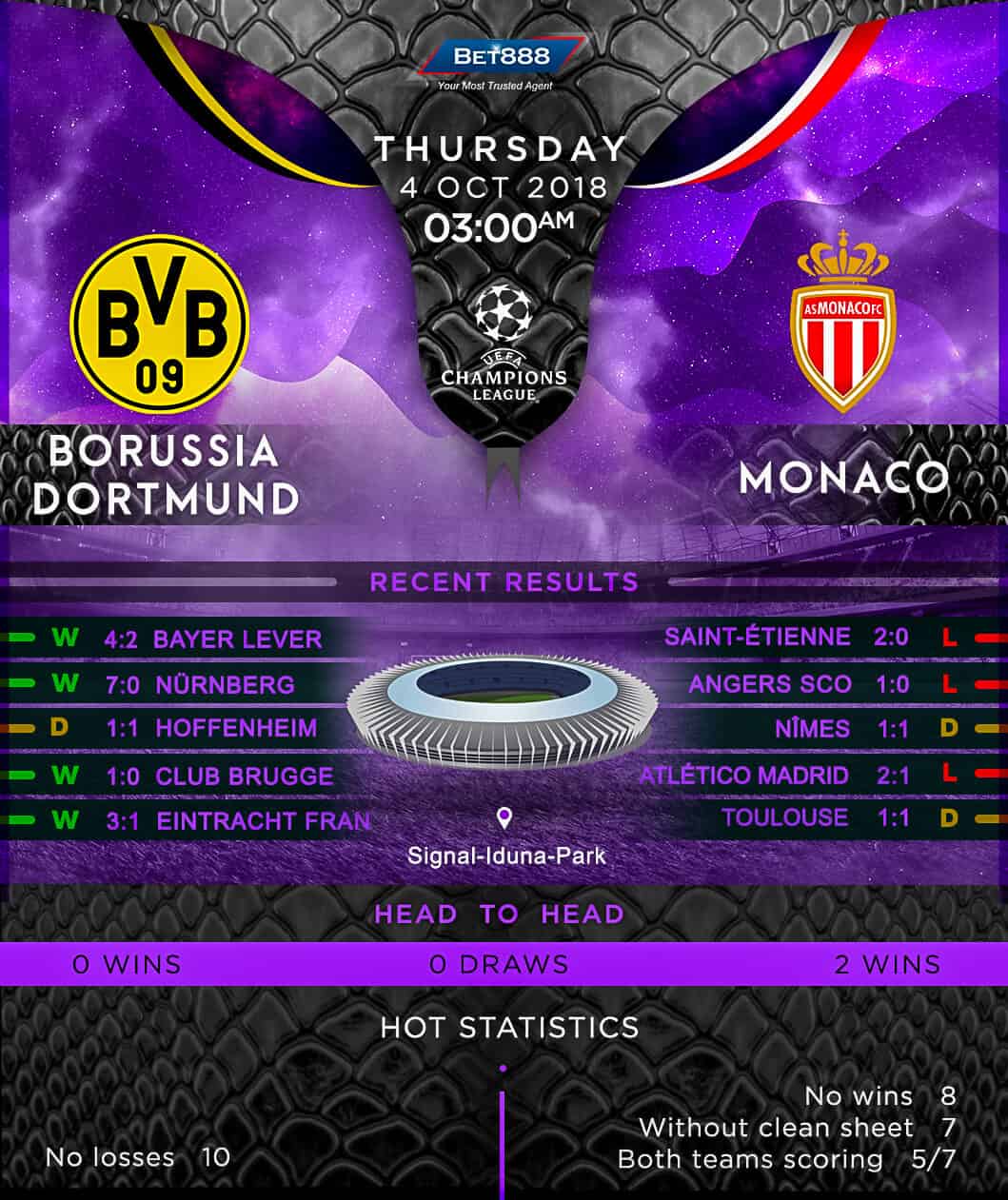