After a significant 2-1 win over Liverpool in a massive Champions League encounter, Paris Saint-Germain return to Ligue 1, as they head to the Matmut Atlantique to take on Bordeaux.

A 2-0 triumph over Slavi Prague in the Europa League’s midweek clash has brought Bordeaux 7-game winless streak to an end. Before that, the Girondins have played out four straight draws across all competitions, with the last two of them ended with an identical 0-0 scoreline. Bordeaux’s dreadful spell over the past two months has seen Ricardo Gomes’s players picking up just one victory in their previous eight matches. After two consecutive home wins, Le club au scapulaire have failed to secure all three points in their last two games in front of the local crowd, having lost to 1-0 Nice while being held to a scoreless draw to Caen.

On the other hand, the visitors are enjoying an impressive Ligue 1 campaign as they reside the only team to wrap up a maximum of 42 points after the opening 14 league fixtures. The Parisians have not only won all of their six road meetings this term, but they have bagged a minimum of two goals in each of those triumphs. Moreover, with 46 goals netted so far, the reigning Ligue 1 champions have the best goalscoring record in the French top flight, having scored an average of 3.29 goals per match. Meanwhile, Thomas Tuchel’s players have conceded just seven goals at a miserly average of 0.50 goals conceded every game. 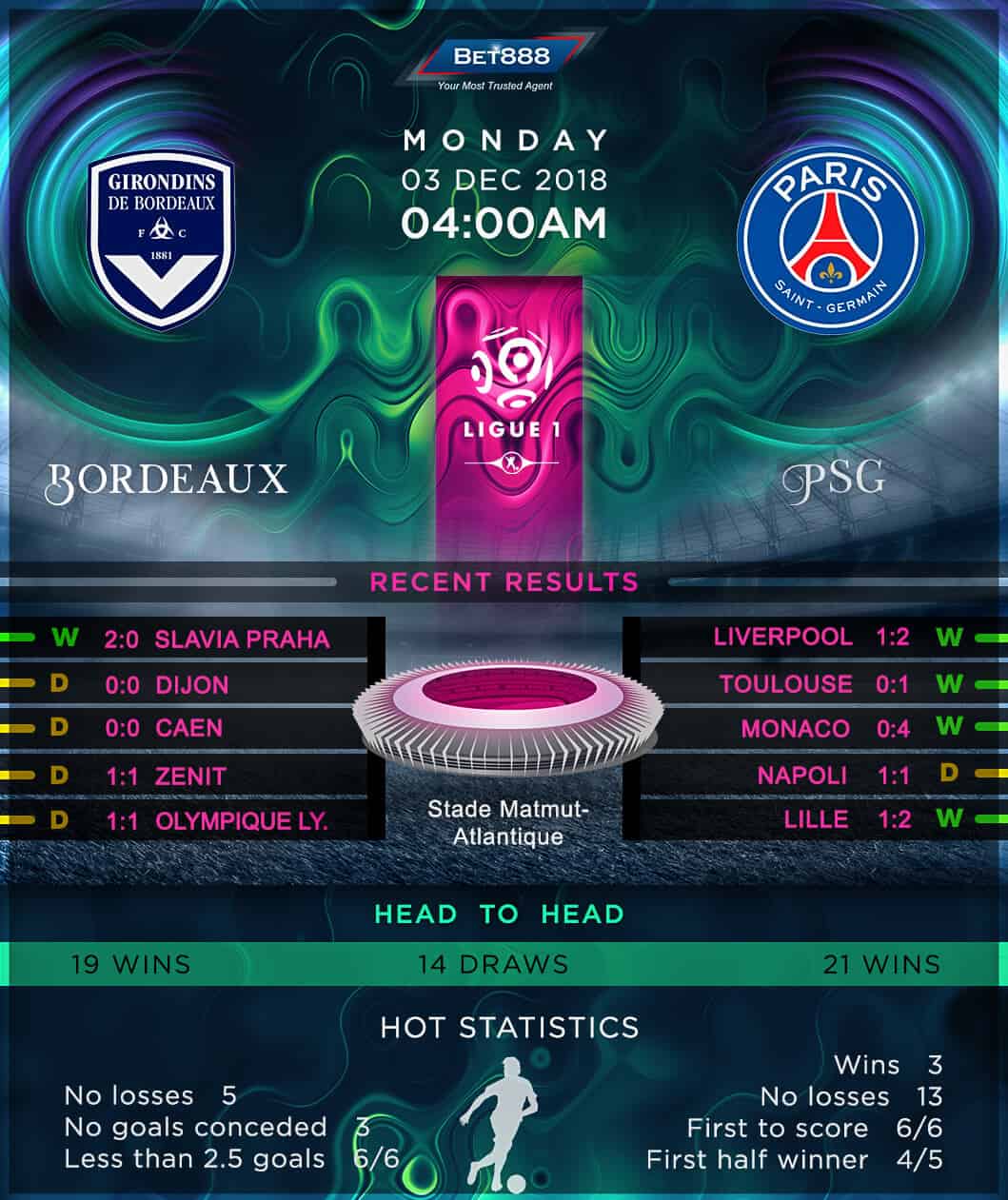