The two struggling sides are set for a face-to-face encounter, with Bologna preparing to host Udinese at the Stadio Renato Dall’Ara, desperately looking for a positive outcome that would fire them away from the relegation zone.

Apart from Frosinone, the Rossoblu are currently the second-worst attacking team in Serie A, as they’ve only managed to score two goals in the opening six fixtures, both of them in a 2-0 victory over AS Roma last weekend. However, with the record of one win, four defeats, and a draw, it seems the Greyhounds will be fighting for survival this season. Additionally, in the previous four games against Udinese, Bologna suffered three losses, as Filippo Inzaghi intends to end a negative streak this weekend.

Although they are 4 points clear from the danger zone, the Friulian White-blacks don’t go through the best of times, as they’ve only won one out of last four Serie A matches, drawing once, while losing two times in the process. After two successive failures on the road, the Little Zebras have achieved their first away win by defeating Chievo Verona 2-0 last weekend. However, the lack of consistency saw Julio Velazquez’s side losing 2-1 to Lazio in midweek in front of the home supporters.

Godfred Donsah, Filip Helander, and Rodrigo Palacio are ruled out by injuries, while Erick Pulgar won’t be playing due to a red card suspension. As for the visitors, Svante Ingelsson and Agyeman-Badu won’t be available due to some physical problems. 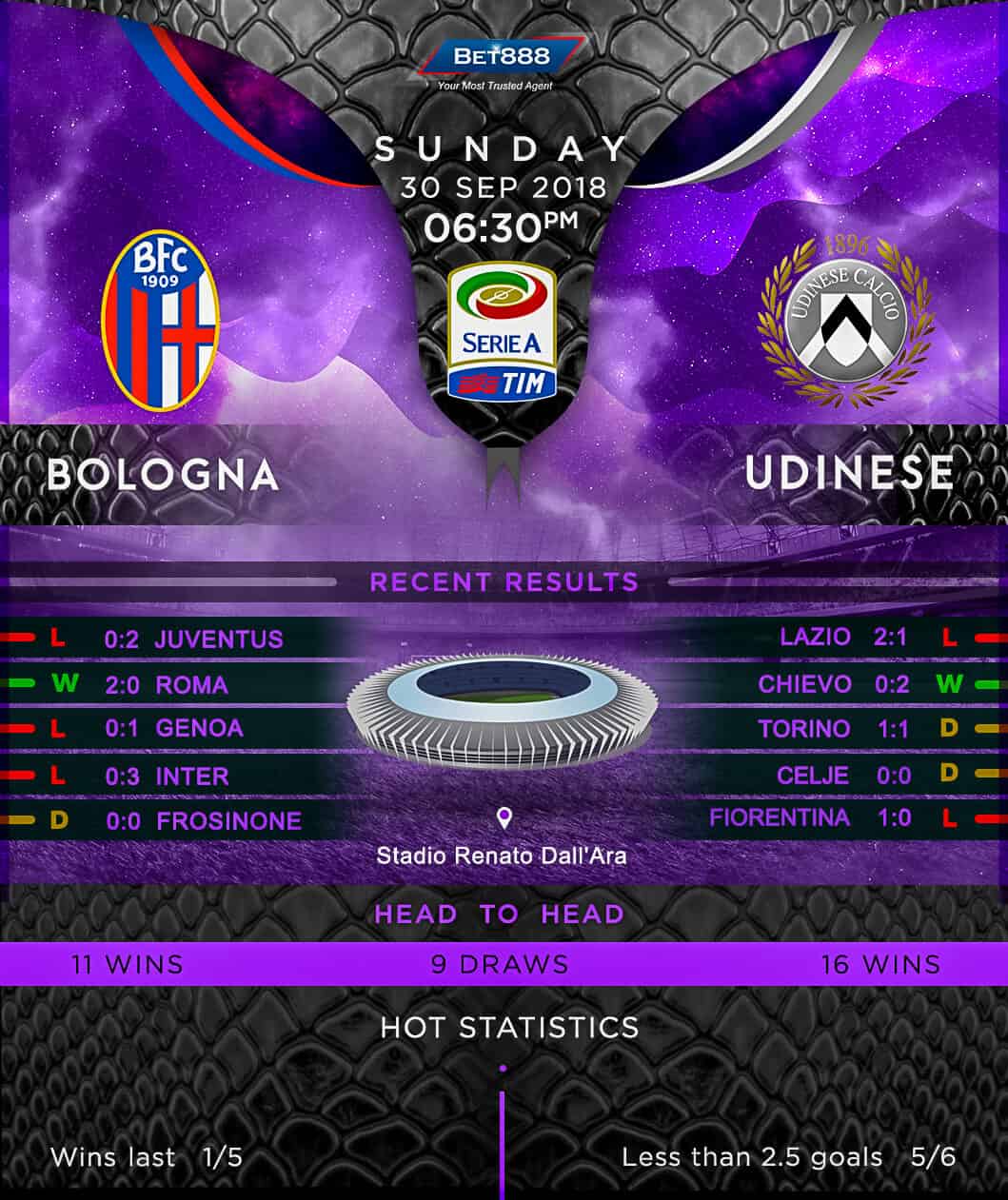