Bodo/Glimt are potentially 180 minutes away from the UEFA Champions League group stages for the first time in the club’s history as they take on Dinamo Zagreb at Aspmyra Stadion in the first leg of their playoff tie.

Despite losing star forward Erik Botheim to Serie A outfit Salernitana over the summer, Norwegian champions Bodo/Glimt have impressed during the ongoing qualifying campaign. They left the likes of Klaksvik, Linfield & Zalgiris in their wake en route to the playoff round, courtesy of thumping home victories by an aggregate score of 16-0. Those three triumphs are part of Bodo/Glimt’s outrageous run of 12 consecutive wins in European ties on home soil, including a memorable 6-1 downing of Roma in last season’s Europa Conference League group stages. On top of that, the Norwegians have won their last seven competitive home fixtures in a row, notably scoring 2+ goals on each occasion, at an average of 4.85 per game.

Meanwhile, keen to return to the Champions League group stages for the first time since the 2019/20 season, Dinamo Zagreb dumped Bulgarian champions Ludogorets out in their previous qualifying tie 6-2 on aggregate. An inspirational start to the new competitive campaign has seen the ‘Blues’ go unbeaten in all ten matches in Europe and domestically (W8, D2), including a 4-1 demolition of bitter Croatian rivals Hajduk Split last time out. Unbeaten in all four Champions League outings this term (W3, D1), Dinamo Zagreb can rely on their undefeated European record against Norwegian sides (W2, D4) spanning back to 2007/08 to maintain their stellar start to the season. Moreover, they’ve racked up five wins from their last six Champions League away trips (L1). 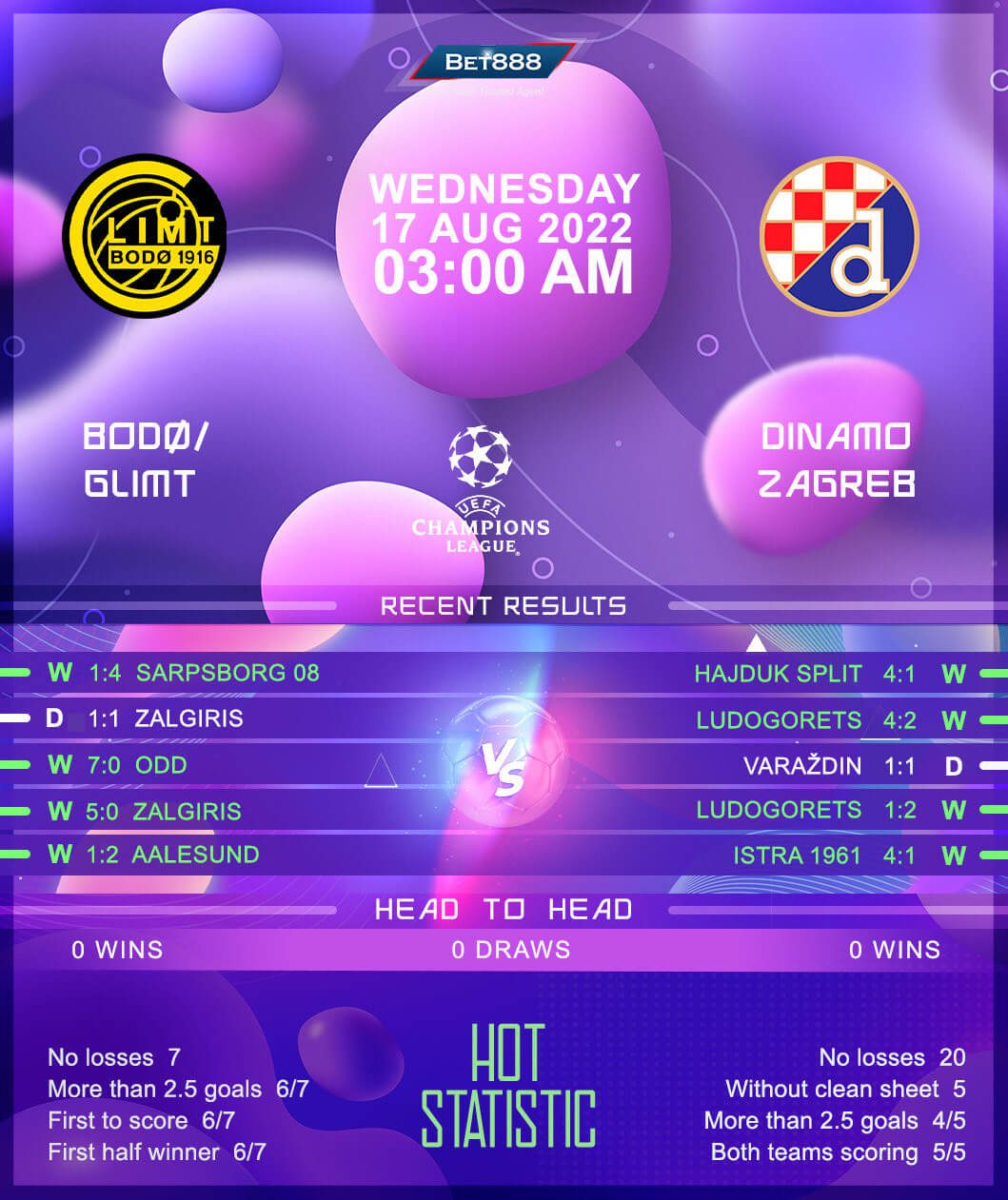