A nightmarish start of the season can get even worse for the Blues in case they fail to preserve focus for the entire 90 minutes against the side that scored fifteen goals so far. Garry Monk’s outfit is only one of three teams in the league who are yet to clinch a victory in the first six fixtures, as they’ve played out four draws while suffering two defeats until now. Additionally, apart from QPR, Birmingham have the second-worst attacking record in the Championship, having scored just four times up to now.

After finishing bottom of the Premier League table last year, the Baggies hope to return to the top flight as quickly as possible. In the last four matches in the Championship, Darren Moore’s side achieved three victories and suffered one defeat, scoring thirteen goals while conceding six in the process. However, the Throstles have problems collecting points away from The Hawthorns, as they only recorded one victory on the road, while playing out one draw and suffering one loss.

The experienced central midfielder David Davis, who has picked up an ankle injury, will be the only player to remain on the stands in the home squad. As for the visitors, Moore will have all of his players fit and ready for the encounter. 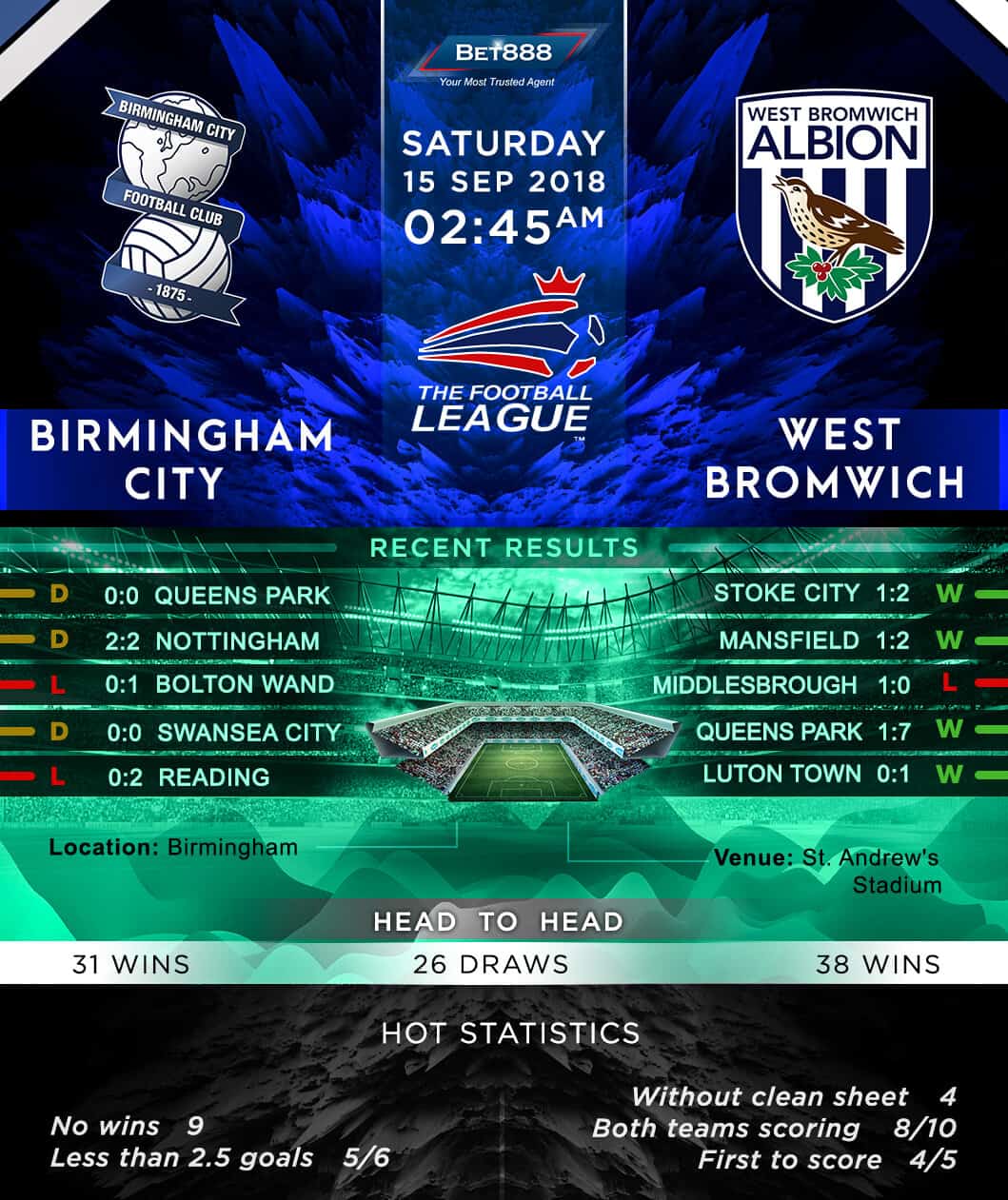