A thoroughly underwhelming 2021/22 Primeira Liga campaign saw Benfica finish third in the standings and alternate between winning (3) and not winning (D1, L1) across their final five league outings last season. Disappointing results led to a managerial shift as ex-PSV Eindhoven boss Roger Schmidt replaced caretaker manager Nelson Verissimo in the dugout. It will be up to Schmidt to navigate the ‘Eagles’ into the Champions League group stages for the second season running. An impressive pre-season comes in handy, with the Portuguese side winning all five exhibition fixtures under the new manager by an aggregate score of 17-5. Benfica’s formidable all-time record against Danish clubs should inspire them to another clear-cut triumph (W12, D2). Moreover, they have won all seven competitive home games against Danish visitors.

Meanwhile, despite going past AEK Larnaca in the previous Champions League playoff round via penalties, Midtjylland’s showings against the Cypriot side flattered to deceive. An overwhelming 5-1 victory away to domestic rivals Odense in the build-up to this road trip got them off the mark following a stuttering start to the 2022/23 season (D3, L1). A lack of defensive prowess has the ‘Ulvene’ fail to keep a clean sheet in all five competitive matches this term. Midtjylland’s defensive woes could dent their bid to defy a nightmarish overall record against Portuguese sides in European football (W1, D1, L4) and avoid defeat on Portuguese soil for the first time at the fourth attempt (L3). 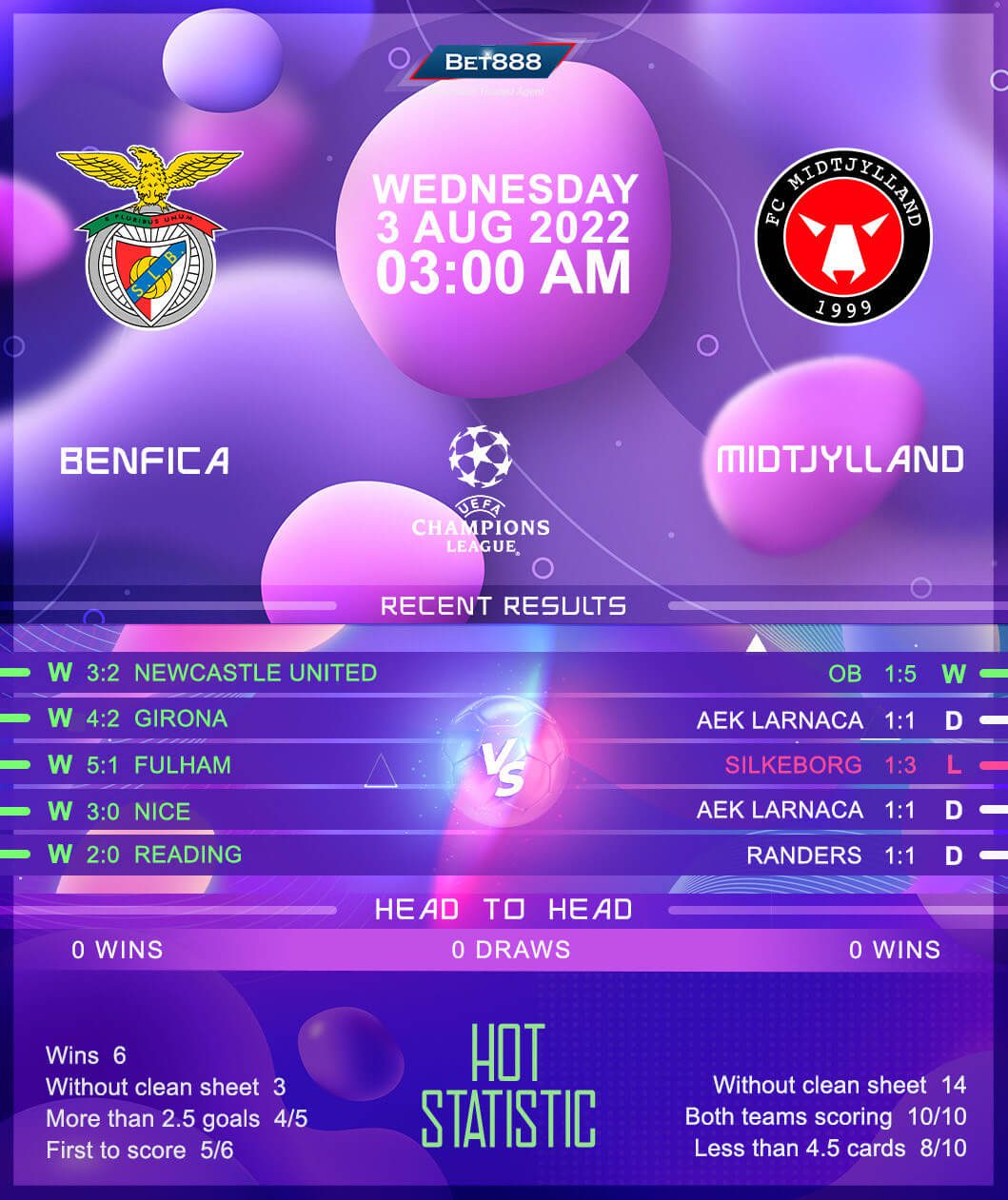