Although Juventus arrived in the United States without their top signing and one of the biggest stars in world football, Cristiano Ronaldo, Massimiliano Allegri’s team pulled off an encouraging 2-0 win over Bayern Munich as they are looking to maintain a good form against Benfica, whom they are going to meet at the Red Bull Arena in Harrison, New Jersey. As mentioned, the Old Lady kicked-off a preparation period with an impressive 2-0 win over the German heavyweights; with the talented youngster Andrea Favilli found the back on the net twice in less than ten minutes to seal Juve’s first victory in the new season. Benfica, on the other hand, had a much tougher test, as they had to come back from two goals down, only to defeat Borussia Dortmund on a penalty-shoot-out, and extend the unbeaten streak to four. The last time I Bianconeri faced off against the Eagles was in 2014, when the Portuguese side managed to eliminate the Italians in the Europa League semi-finals, and there’s no doubt that Juventus will be looking to take revenge on that.

Benfica’s coach Rui Vitória will have all of his key players fit and ready for the encounter, while Allegri might have to shake things up a bit, especially when it comes to the midfield department because of a slight injury suffered by Emre Can against Bayern Munich. 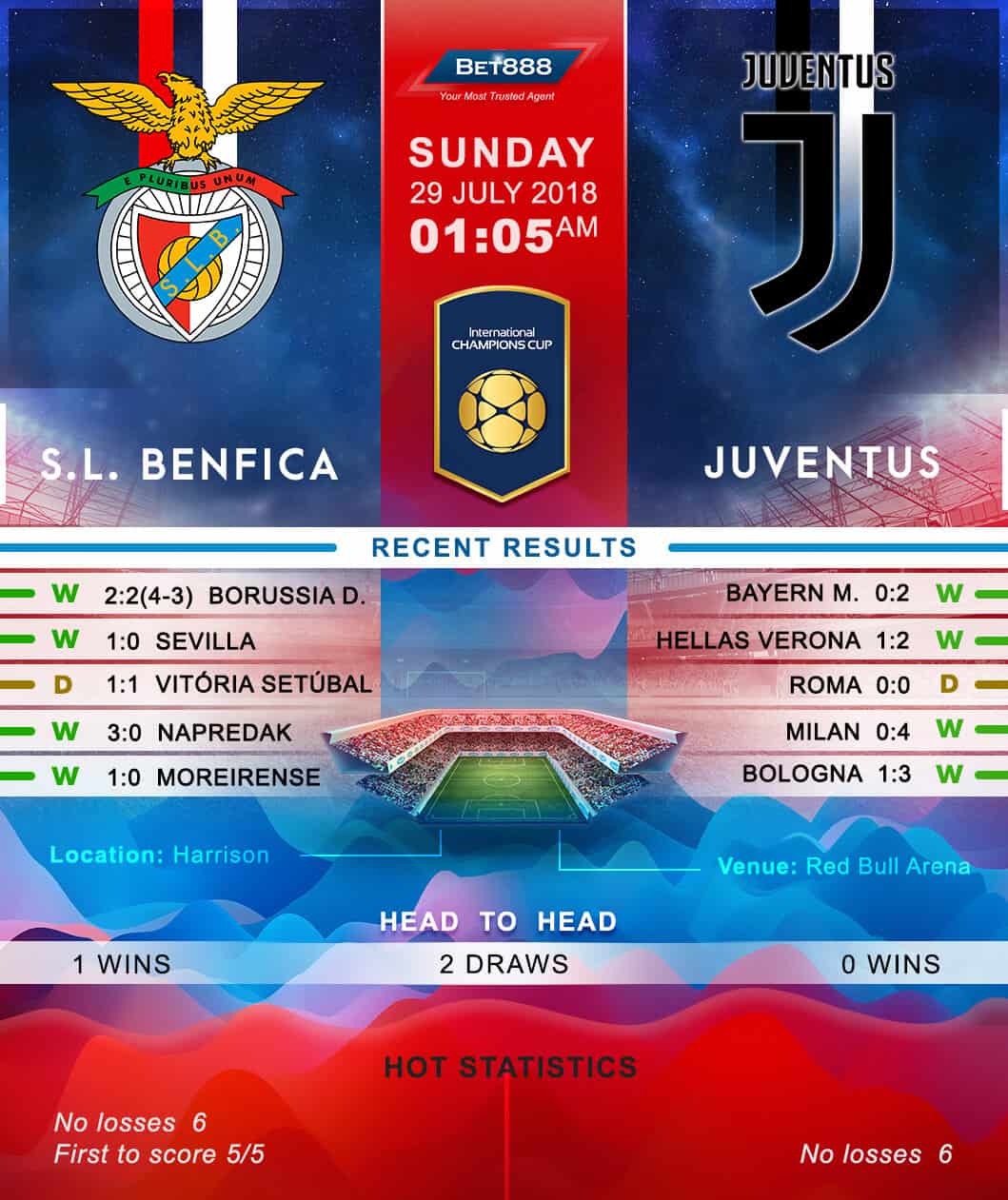