One of the “dark horses” in the tournament, Belgium, will face off against the debutants, Panama, at the Fisht Olympic Stadium in Sochi, in the first match of Group G. The Red Devils had dominated their qualifying group, finishing top of the group with nine wins out of ten matches, with a stunning +37 goal difference, thus advancing to the final tournament. Les Diables Rouges played four international friendlies in 2018, winning three of them while scoring eleven goals in the process. Portugal was the only team to resist rampant Belgium’s attack, as the game finished 0-0. On the other hand, Panama will be making their first World Cup appearance after some brave performance in the CONCACAF qualifying tournament, finishing third in the group, ahead of the likes of the United States and Honduras. Los Canaleros played a total of eight friendly matches as part of their preparation ahead of the final tournament, but they have failed to impress in almost every single game. The Panamanians only managed to defeat two low-quality sides, Trinidad and Tobago and Grenada, while disappointing in all matches against the European teams, with Norway, Switzerland, and Denmark, all crushed them.

With the likes of Eden Hazard, Romelu Lukaku, and Kevin De Bruyne, Belgium will have plenty of options in the final third, which should make things difficult for shaky Panama’s backline that consists of the players that mostly perform in MLS (American National Soccer League). 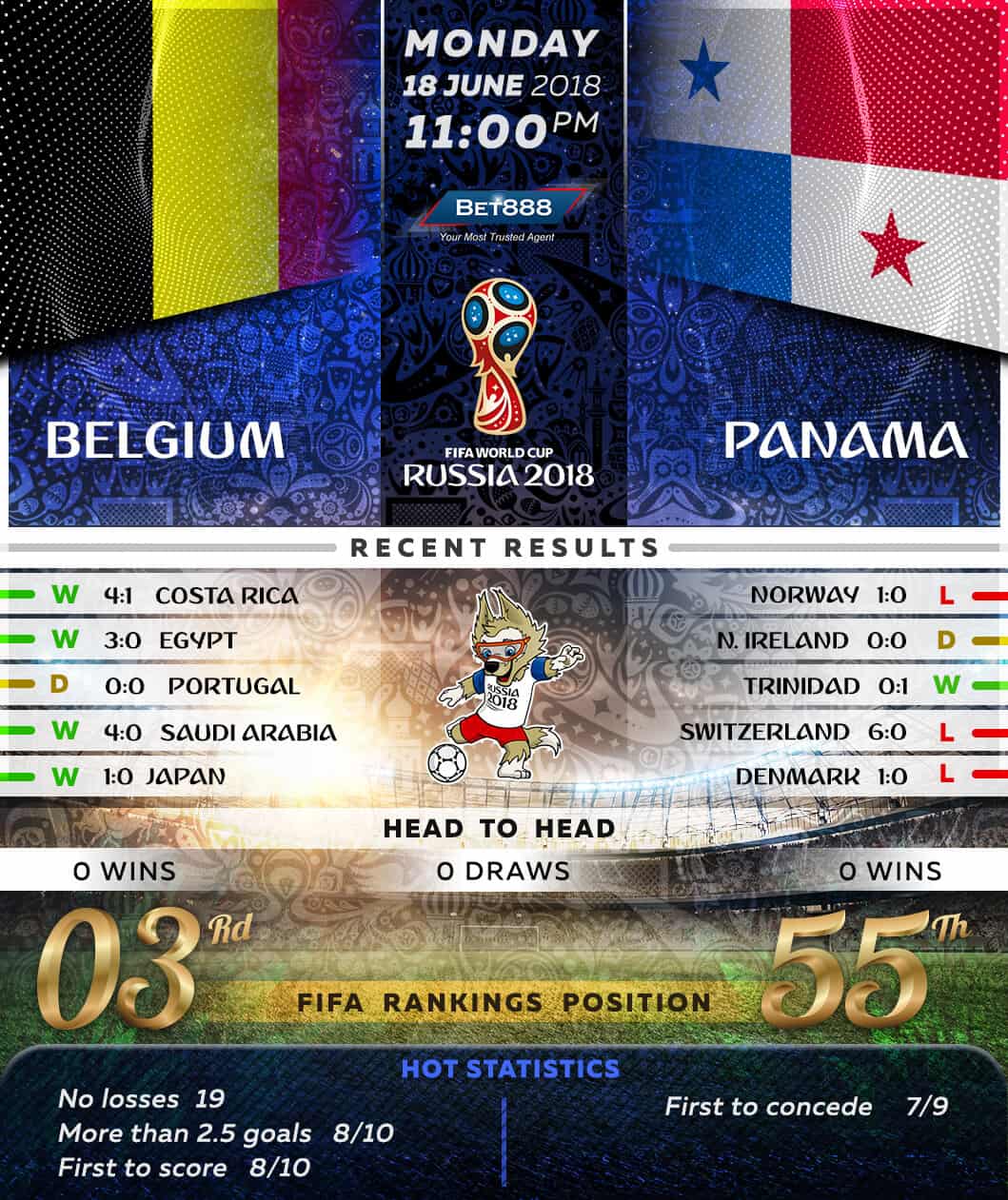