The two in-form sides are set to face-off against each other in an international friendly challenge, with Belgium looking to take on the Netherlands at the King Baudouin Stadium in Brussel.

One of the most dominant teams of the recently finished World Cup have extended their impressive run after the end of the final tournament. Although they’ve finished third in Russia, De Rode Duivels have demonstrated some astonishing pieces of magic, eliminating Brazil amongst others. The Red Devils have started the post-World Cup campaign with a stunning 4-0 win over Scotland in a friendly match, after which they’ve stormed past Iceland and Switzerland in the UEFA Nations League, as they top their respective group at the moment.

The Oranje, on the other hand, are desperately trying to revive their national squad under the guidance of Ronald Koeman who replaced Dick Advocaat following a disastrous World Cup qualifiers where the Netherlands failed to reach the final competition. Although Holland suffered a 2-1 defeat to France on the UEFA Nations League opening matchday, an outstanding 3-0 triumph over Germany last weekend has shown Koeman is doing a fine job by introducing prosperous talents in the first team.

With Jan Vertonghen and Kevin De Bruyne ruled out by injuries, Martinez had to intervene by handing Christian Kabasele and Hans Vanaken a chance to establish themselves in the national team. Meanwhile, the highly-rated Ajax duo Frenkie de Jong and Matthijs de Ligt, who both impressed against Die Mannschaft should start from the first minute for the visitors, as well as, the captain Virgil Van Dijk and the star forward Memphis Depay. 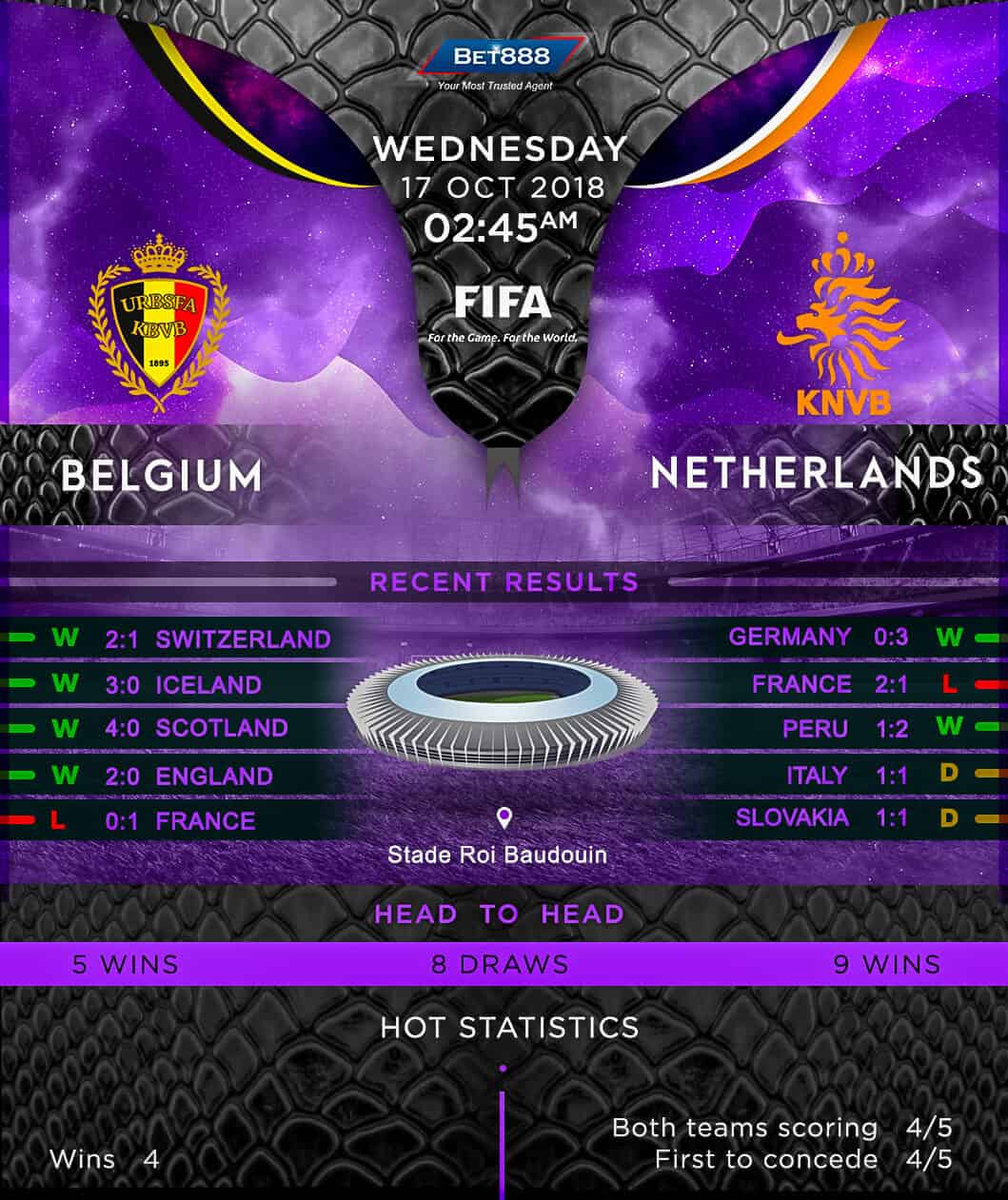