Alongside the likes of Uruguay and Croatia, De Rode Duivels are the only team to achieve all three wins in the group stage, defeating Panama, Tunisia, and England in the process. With two convincing victories over Los Canaleros and the Eagles of Carthage, in which they have scored eight goals combined, one of the favorites to lift the World Cup trophy are so far the most efficient team of the tournament. On the other hand, the Samurai Blue, who found their way to the round of 16 for the third time in the last five final tournaments, are the first team to qualify for the knockout stage thanks to fair-play criteria, as they have had the same number of points and the same goal difference as Senegal, who had to pack their bags after receiving two yellow cards more than the Asian side. Akira Nishino’s team defeated Colombia in the first round by two goals to one, which was their only victory in the group phase, considering they played out a 1-1 draw with Senegal and lost 1-0 to Poland.

Roberto Martínez gave some rest to a few of his key players against England, including De Bruyne, Eden Hazard, Verthongen, Alderweireld, and Lukaku who should all return to the starting line-up. As for Japan, Shinji Kagawa, Genki Haraguchi, Yuya Osako, and Takashi Inui should all start from the first minute after commencing on the bench against Poland. 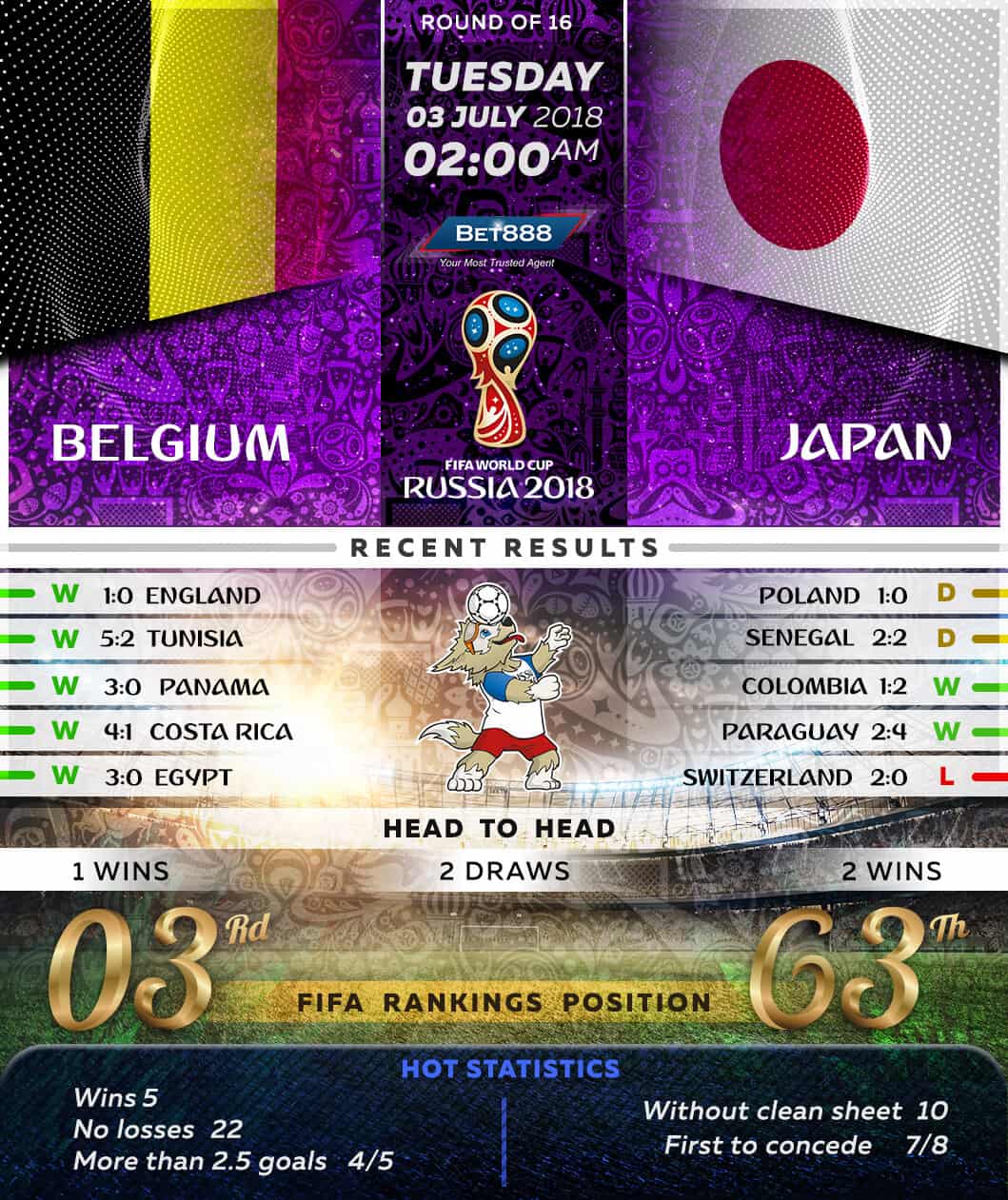