Belgium prepare to host Iceland at the King Baudouin Stadium in Brussels, looking to extend a 2-game winning run in the UEFA Nations League Group A/2.

The first leg had taken place in Reykjavik, with Belgium wrapping up a comfortable 3-0 victory.

De Rode Duivels have managed to bounce back from a 1-0 defeat to France in the World Cup semi-finals, having clinched four wins in the following five games, including the one over England in the World Cup third-place playoff. Moreover, in addition to the aforementioned triumph over Iceland, Roberto Martinez’s players have defeated Switzerland at home by two goals to one in the second competitive meeting after the final tournament in Russia. In their first post-World Cup challenge, the Red Devils have swept Scotland aside with a 4-0 win, while they’ve played out a 1-1 draw with the Netherlands in their last friendly encounter.

On the other hand, apart from the World Cup fiasco, the Our Boys are stuck in a severe crisis, having failed to secure a victory in their last eleven games across all competitions. After returning from Russia, Iceland have suffered a disastrous 6-0 defeat to Switzerland before losing the two remaining matches in the Nations League. Erik Hamren’s players have managed to dodge a failure against France though, having played out a 2-2 draw in a friendly meeting in Guingamp. However, the Our Boys have conceded 30 goals in 14 games in 2018, only keeping a clean sheet once in the process. Moreover, they’ve struggled to protect their net in the previous 13 encounters. 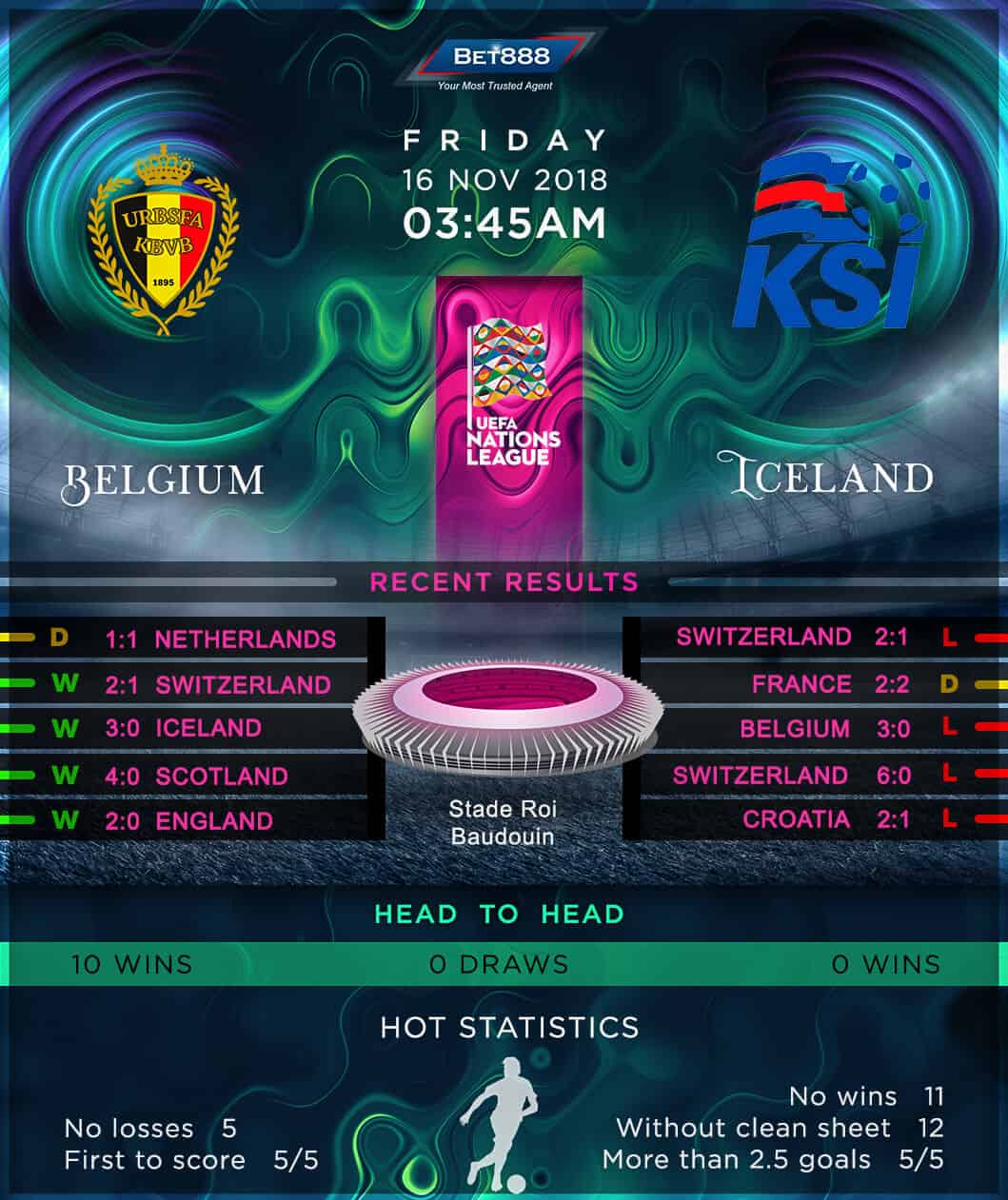