One of the 2014 World Cup dark horses has once again failed to reach the final match of the World Cup, with Belgium ready to take on England at the Saint-Petersburg Stadium in an encounter that will decide who will return home from Russia with a bronze medal. After demonstrated dominant performance in the group stage where they defeated England in the third round thus securing the top spot of Group G with all three wins, De Rode Duivels managed to eliminate Japan by three goals to two after which they have sent Brazil home beating the Selecao 2-1 in the quarter-finals. However, Roberto Martínez’s team failed to leave up to expectations against France, barely managing to create any clear-cut opportunities in front of Hugo Lloris. On the other hand, the Three Lions have once again disappointed the home fans, as this tournament was their golden chance to reach the big final for the first time since 1966 when they won the prestigious trophy as hosts. After some encouraging displays in the group phase, Gareth Southgate’s side defeated Colombia after a penalty-shoot-out before eliminating Sweden by a routine 2-0 victory in the quarter-finals. But, Harry Kane and his fellow countrymen suffered painful 2-1 defeat against Croatia in the semi-finals although they’ve taken the lead in the fifth minute.

Both managers are expected to field their top players from the first minute since they are going to have all of their biggest stars fit and ready for the match. 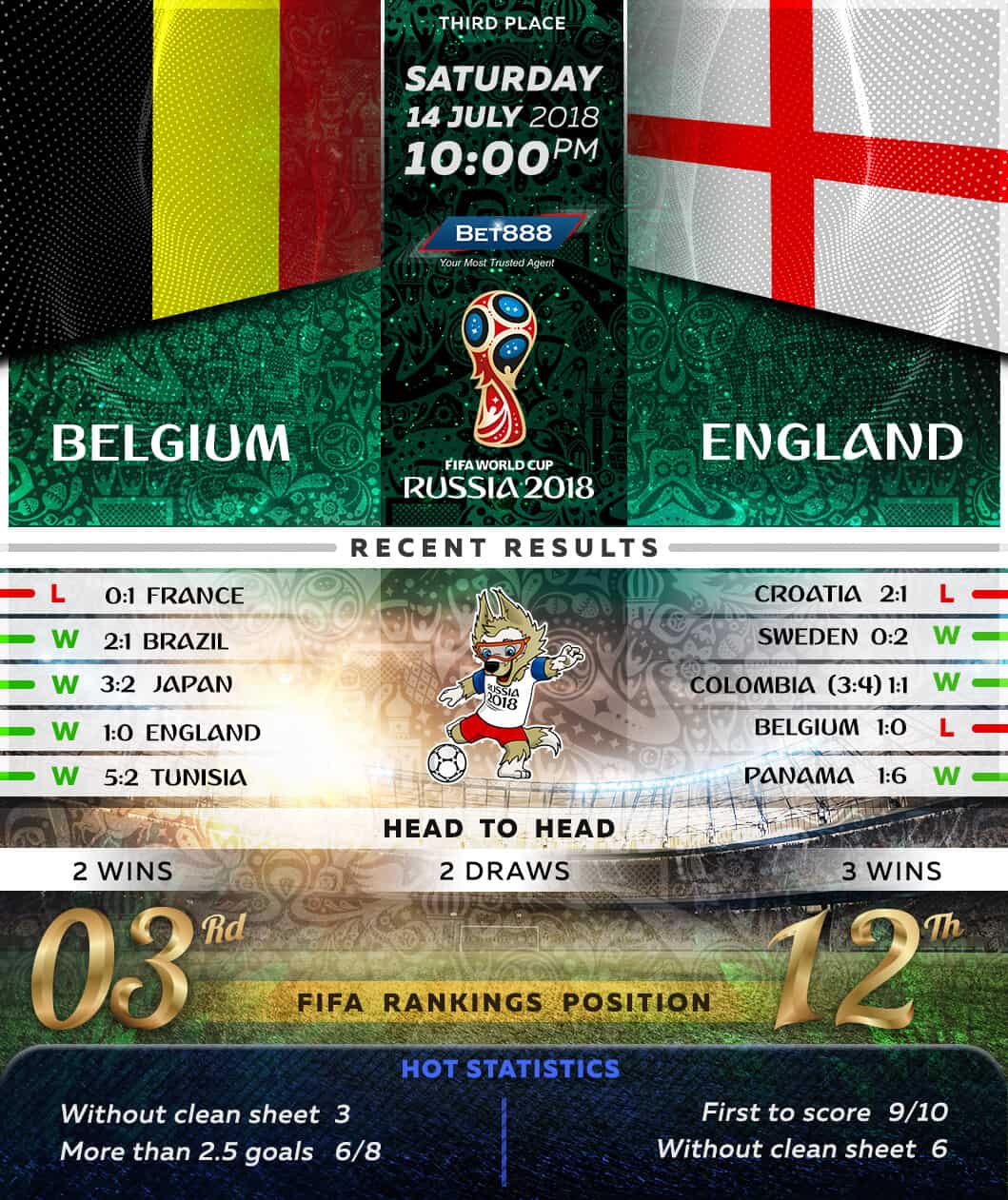