Belgium may have spent over 760 days at the top of the FIFA world rankings, but they have no piece of silverware to back such a prominent achievement. Having been dethroned by Brazil, ‘De Rode Duivels’ will fancy their chances in Qatar without the pressure, but a 1-0 loss to the Netherlands last time out is not an ideal way to enter the World Cup. Before that defeat, Roberto Martinez’s men had been unbeaten in four consecutive matches (W3, D1) and would want to get back to winning ways just to settle the nerves. They need their attackers to switch on after netting under 1.5 goals in three of their last four outings. Speaking of Belgium’s scoring woes, Maritnez’s lads have bagged one goal or fewer on six of their seven previous international travels.

Meanwhile, it’s been a disastrous year for Egypt. Only a few months after surrendering the AFCON title to Senegal through nail-biting penalties, the ‘Pharaohs’ lost to the same opponent in the World Cup qualifying playoffs, condemning themselves to just a single tournament appearance in the 21st century. That has somewhat crippled the team’s mentality as they’ve delivered a mixed bag of performances across five international friendlies in the post-qualifying period (W3, L2). Head coach Rui Vitoria, who replaced Carlos Queiroz at the helm in July, has got Egypt back on track, winning his first two games in charge via an identical 3-0 scoreline against Niger and Liberia, respectively. Another success would be a massive morale booster for the African powerhouse, and with two wins from their three previous H2Hs against Belgium (W1), that looks possible. 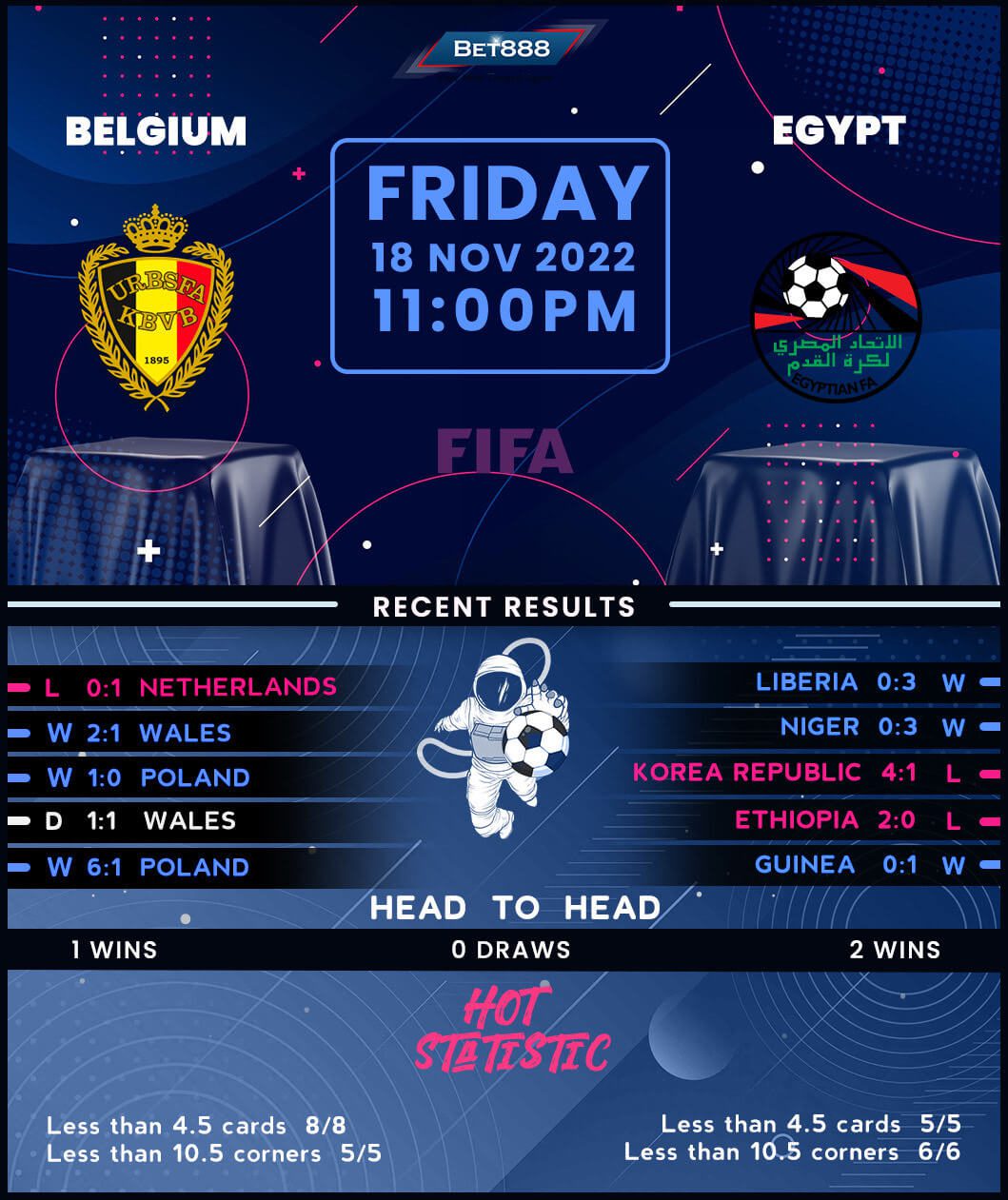