Bayern Munich will look to post their third successive win in all competitions this weekend, as they prepare to host the struggling Nurnberg side at the Allianz Arena.

A turbulent Bundesliga campaign for Niko Kovac’s team so far highlighted by numerous ups and downs currently sees the reigning champions trailing Borussia Dortmund by nine points. A 2-1 road victory over Werder Bremen last time out has brought the Bavarians’ three-game winless league run to an end. However, a devastating home form has seen the Reds failing to wrap up all three points at the Allianz Arena for four straight matches during which Bayern lost to Borussia Monchengladbach while being held to three draws to Augsburg, Freiburg, and Fortuna Dusseldorf. Kovac’s principal concern so far has been the fact his men have struggled to keep a clean sheet in all six encounters in front of the home crowd, which puts them on a par with Fortuna Dusseldorf.

Meanwhile, the Bundesliga returnees are among the weakest road team in the German top flight, as they remain one of three sides that are yet to secure a victory away from home. Having conceded 22 goals on six road trips, Der Ruhmreiche have by far the worst defensive record in the top tier as they are yet to keep a clean sheet away from Max-Morlock-Stadion. What’s more, Michael Köllner’s players have conceded a minimum of five goals in three out of their last four road clashes, failing to score a goal two times in the process. Köllner’s main worry ahead of this meeting will be that Nurnberg lost seven consecutive matches in Munich during which they’ve only managed to score one goal. 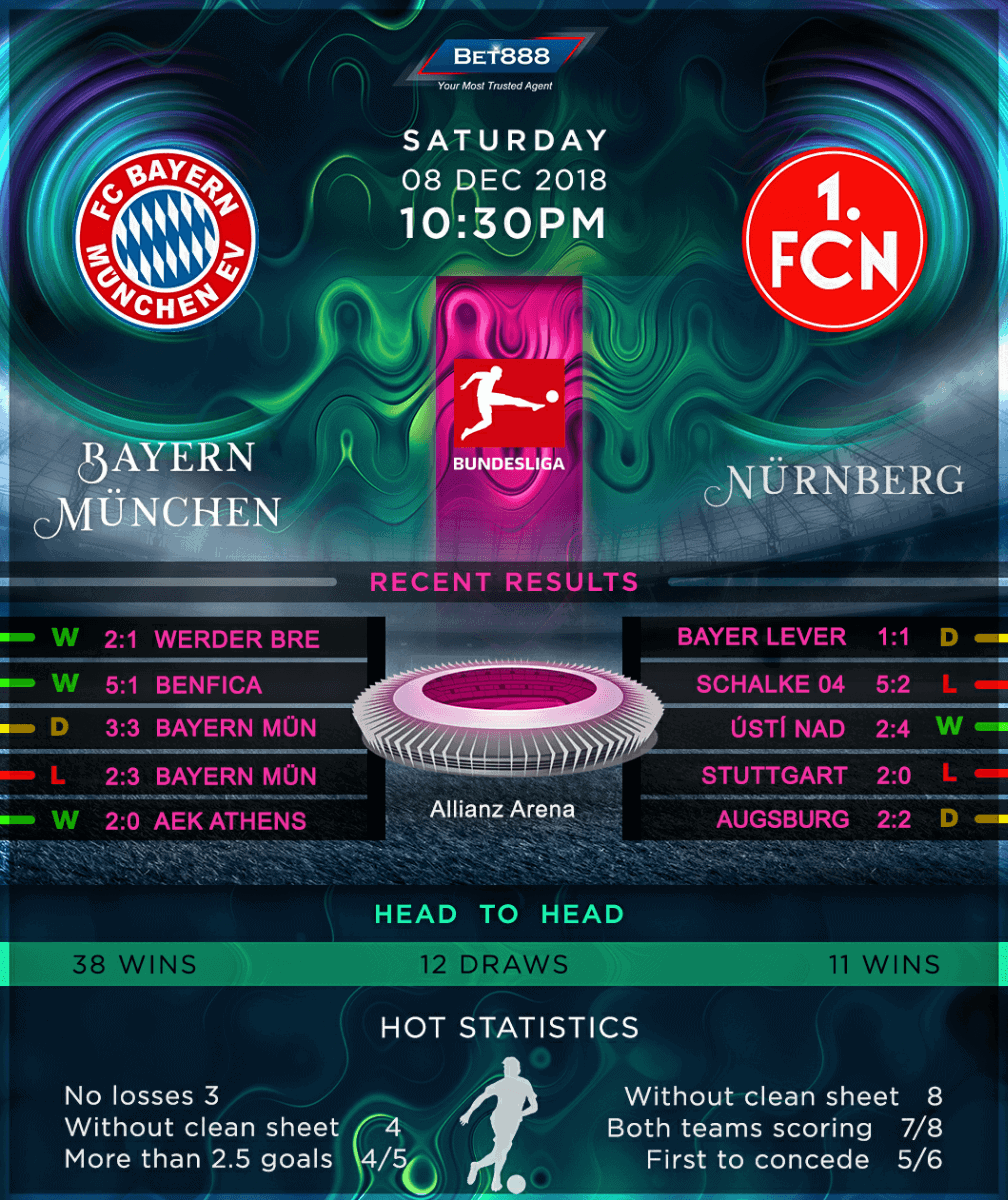