Bayern Munich and Inter Milan are set to trade tackles in a top-table Champions League Group C six-pointer at the Allianz Arena to drop the curtain on their successful group stage journeys.

It’s been plain sailing for perennial Bundesliga champions in Europe’s elite club competition this season as they’ve won all five matches in the so-called ‘group of death’ via an aggregate score of 16-2 starting with a 2-0 thumping of Inter in the reverse fixture. Julian Nagelsmann’s men have won each of their last 12 Champions League group stage outings and are looking to become the first-ever side to record a 100% win ratio in the group phase across three separate seasons. History firmly backs the ‘Bavarians’ to achieve that flattering milestone, considering they’ve been victorious in their last five Champions League home clashes against Italian visitors, netting 2+ goals on each occasion. On top of that, they’ve strung together six consecutive wins in the run-up to this encounter, scoring three or more goals five times in the process.

On the other hand, visiting Inter Milan dispatched early Serie A relegation candidates Sampdoria 3-0 at home at the weekend, taking their competitive winning streak to four matches, all of which saw them bag 2+ goals. Moreover, Simone Inzaghi’s free-scoring frontline has scored over 2.5 goals in four of their last five competitive outings, suggesting they could put Bayern’s fragile backline to the test. It’s worth noting that ‘I Nerzzurri’ have racked up four victories on their last five European visits to Germany (L1). Unbeaten in three consecutive Champions League away matches preceding this trip, Inter could go four straight travels in the competition without losing for the first time since 2005. 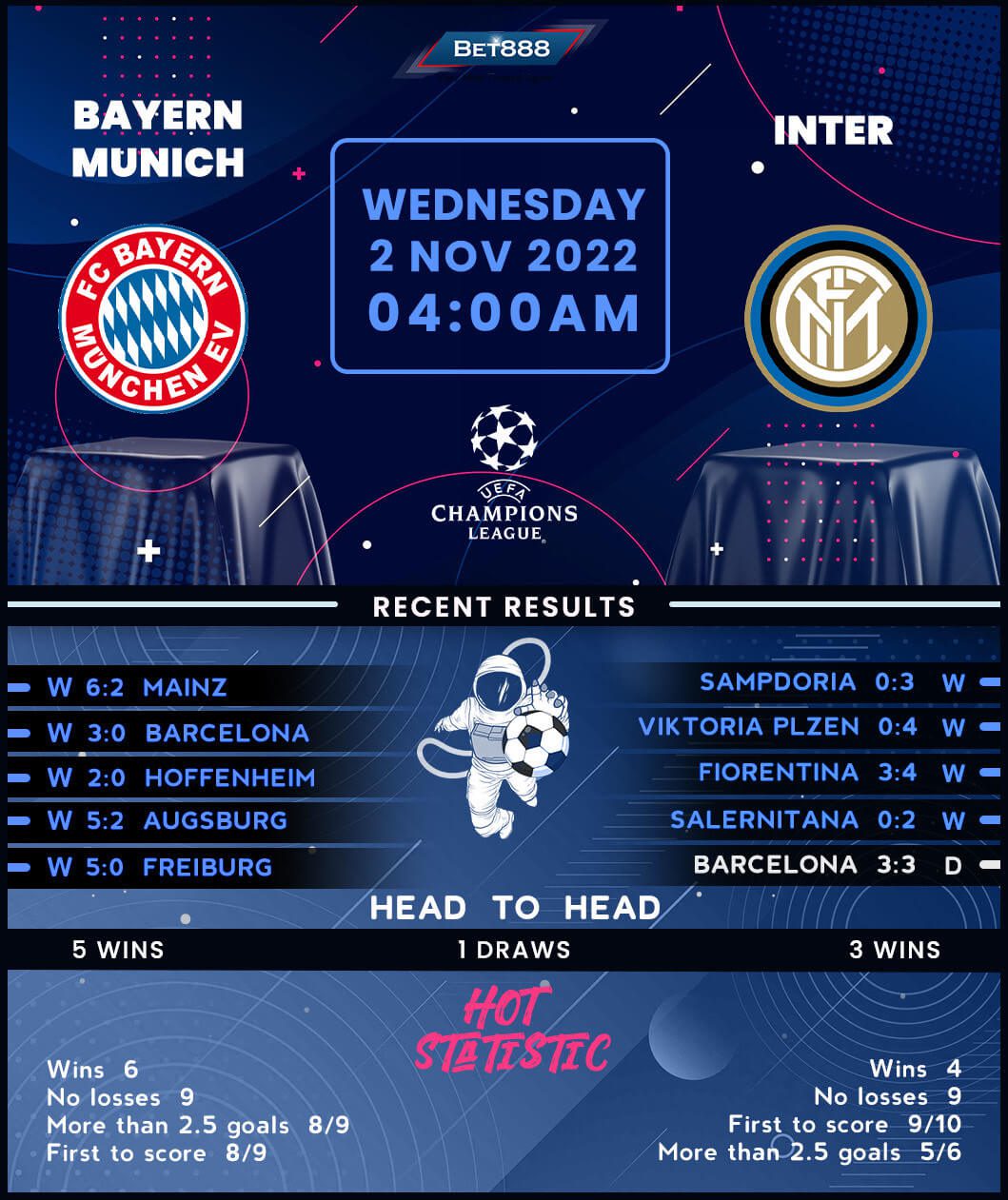