Fortuna Dusseldorf will face a formidable task of taking on Bayern Munich at the Allianz Arena, especially as the hosts lost 3-2 to Borussia Dortmund in their last league game before the international break.

With a record of six wins, two draws, and three defeats, the reigning Bundesliga champions currently trail BVB by seven points, loitering in fifth place. Although Niko Kovac arrived at Allianz Arena following an impressive league campaign with Eintracht Frankfurt, he has so far failed to live up to expectations. The Bavarians are having a hard time, considering they have lost three out of the previous six Bundesliga clashes, including the one to Borussia Monchengladbach at home. The German giants seem reluctant to keep a clean sheet this year, as they’ve already conceded a minimum of one goal nine times in the opening 11 league fixtures. Moreover, unlike some previous years, Bayern have immense problems in the final third. They’ve already failed to find the back of the net twice so far although managed to score a brace on seven occasions since the start of the season.

On the other hand, the Bundesliga returnees are rooted to the bottom of the table along with Stuttgart and hunting their first back-to-back victory since returning to the top tier. A stunning 4-1 win over Hertha Berlin on the eve of the international break has brought Fortuna’s disastrous 6-game Bundesliga losing streak to an end. However, along with Hannover and Nurnberg, the Flingeraner are the only German side that is yet to wrap up all three points away from home. Friedhelm Funkel’s players have lost three out of five road games this season, conceding 14 while scoring just two goals in the process. With 25 goals allowed so far, the visitors hold the worst defensive record in the Bundesliga, having kept a clean sheet just once this campaign. 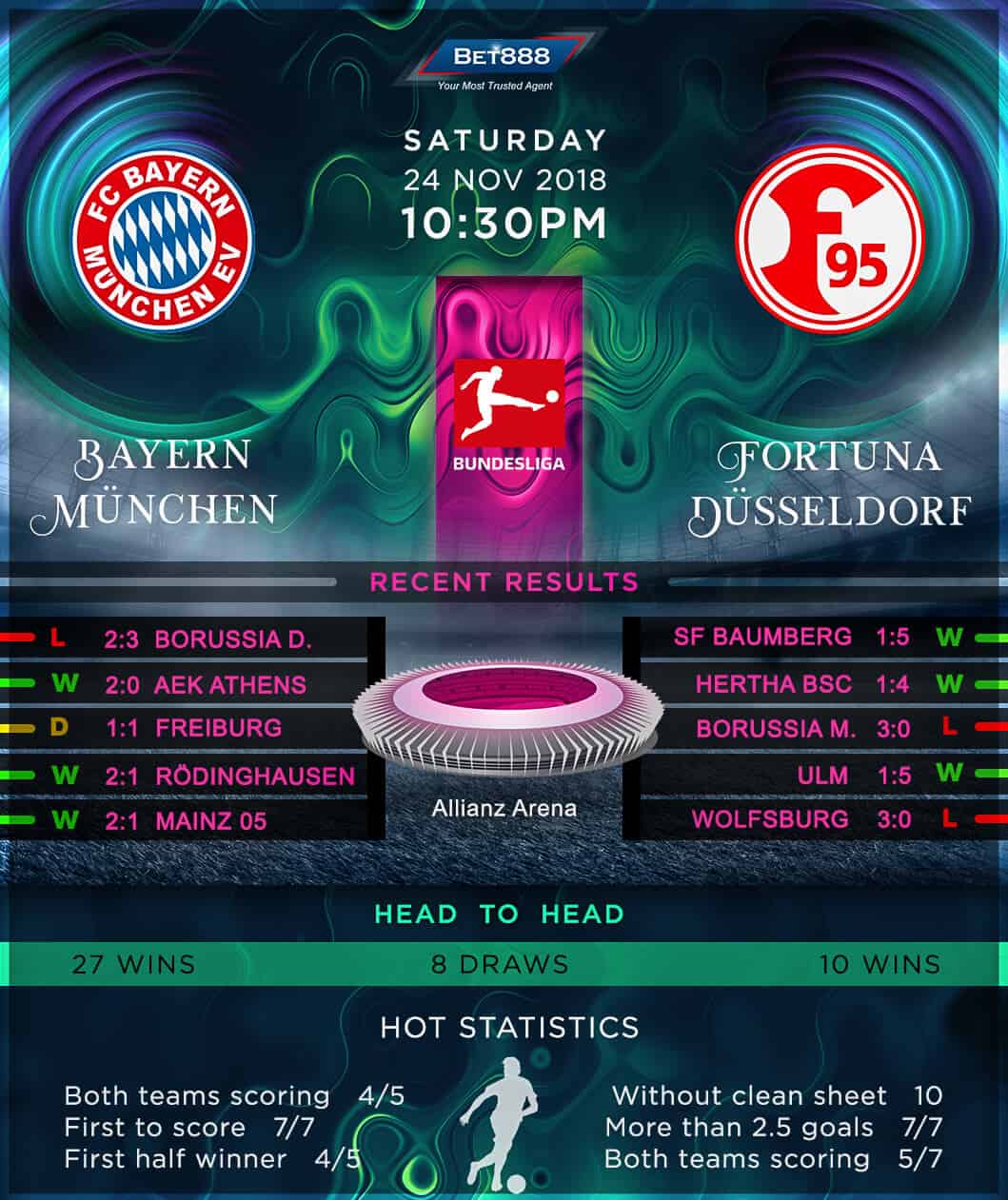