The two in-form sides are set to face each other at the BayArena, as Bayer Leverkusen and Bochum renew hostilities in an exciting Bundesliga match-up.

High-flying Bayer Leverkusen picked up where they left off in November, as a dramatic 3-2 win at Borussia Monchengladbach in their 2023 Bundesliga curtain-raiser stretched their winning league run to four matches. Leverkusen’s resurgence under Xabi Alonso has launched them into the upper half of the standings for the first time this season, with ‘Die Werkself’ now languishing seven points adrift of European placings. However, the Spaniard has yet to solve his side’s defensive woes. Indeed, Leverkusen’s worrying record of 28 goals conceded after the first 16 matches stands as their worst defensive start to a new top-flight campaign since 1982/83. That said, they kept Bochum at bay in both last season’s meetings in the Bundesliga (W1, D1), including a narrow 1-0 win in this corresponding fixture.

On the other hand, Bochum’s hope that the new year could bring a change in fortunes was off to a flying start as they thrashed fellow relegation rivals Hertha Berlin 3-1 at home last time out. Well, it’s fair to say that Bochum’s renaissance following a dreadful 13-game Bundesliga start (W2, D1, L10) began on the eve of the mid-season break with back-to-back single-goal margin wins. After putting together three Bundesliga triumphs for the first time since 2007, ‘Die Unabsteigbaren’ could equal a club-record run of four straight top-flight wins dating back to 1980. But to achieve that, Thomas Letsch’s men will have to arrest a four-match winless Bundesliga run at the BayArena (D1, L3). 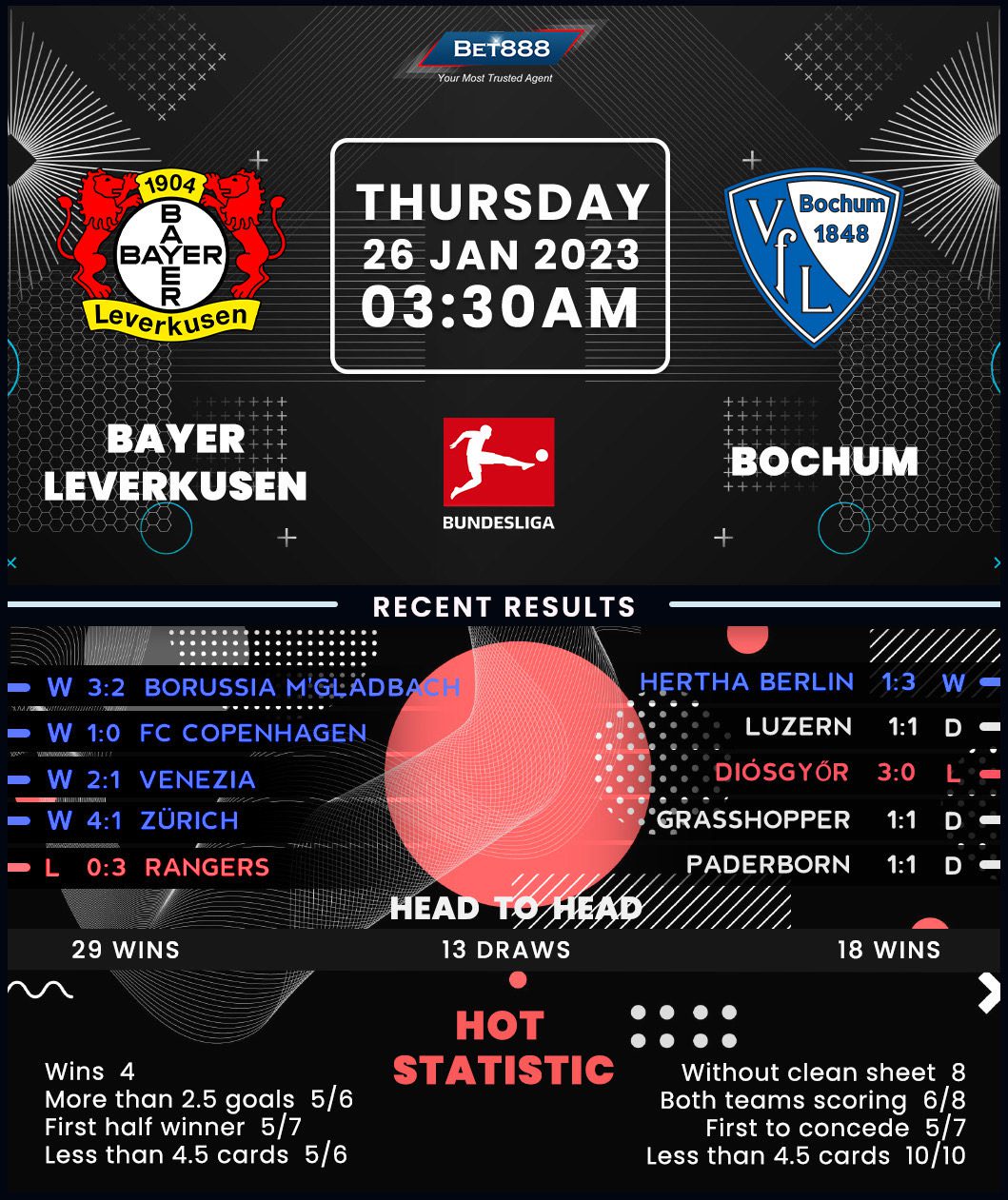