BATE Borisov will host Chelsea at the Borisov Arena in Barysaw, looking to make one last-ditch attempt to advance to the knockout stage.

The Blue and Yellows have suffered a 3-1 defeat in the first leg at Stamford Bridge, which was their second loss in the Europa League Group L following a disastrous 4-1 home failure against PAOK. The reigning Belarusian champions have opened their Europe journey with a 2-0 triumph over MOL Vidi, but they’ve struggled to replicate the same performance ever since. With seven goals conceded, Alyaksey Baha’s players have the worst defensive record in their respective group, as they currently sit at the bottom of the table. However, BATE have secured three straight league wins after a loss to Chelsea, having allowed just one goal in the process.

On the other hand, the Premier League giants are comfortably topping the group table with a maximum of nine points and are very close to advancing to the round of 16. Apart from the aforementioned success, the Blues have defeated PAOK and MOL Vidi, both by a narrow 1-goal margin, as Maurizio Sarri looks to see his side extending an impressive 16-game lossless streak across all competitions. The London-based outfit clinched two consecutive triumphs in the EPL, having added one more in the EFL Cup, scoring ten while allowing three goals in the process. Additionally, Chelsea have notched at least one goal in 15 out of a total of 16 competitive matches this year. 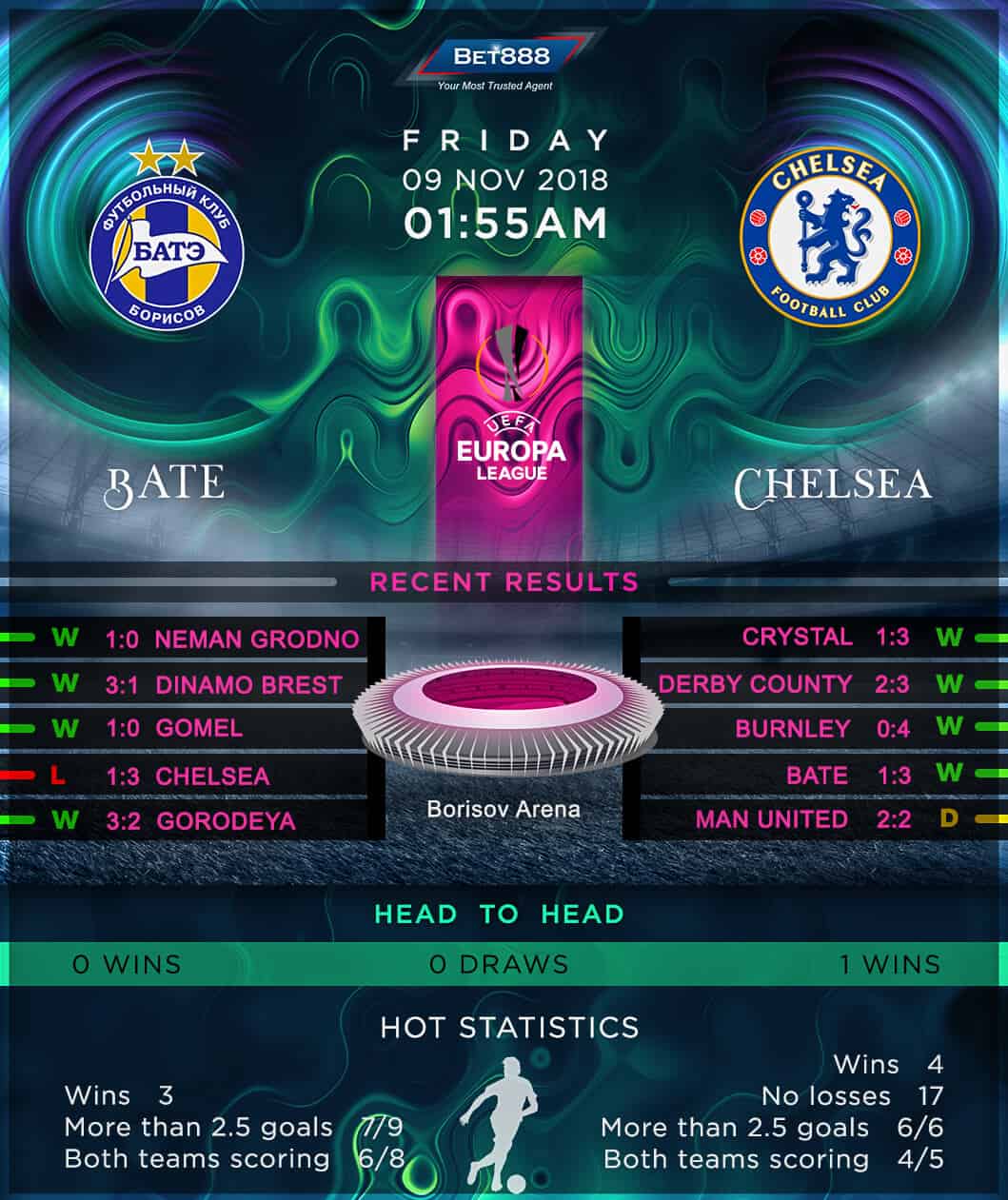