After an exhausting 2-2 draw in El Clasico against Real Madrid last weekend, Barcelona will face off Villarreal at the Camp Nou looking for a positive outcome that will bring them one step closer to finishing this La Liga campaign without a single defeat. The Blaugrana already claimed the league title two weeks ago, but Ernesto Valverde’s side are looking to set a record in the national championship, and given the fact, the Yellow Submarine have only one victory in their last six matches on the road, this encounter should not represent a problem. The Catalan heavyweights are yet to lose a game at home in all competitions this season, as they’ve won fourteen out of seventeen matches at the Camp Nou in the league so far, drawing three times. Villarreal would secure the Europa League promotion with one point and with their recent displays against Celta and Valencia; they have every right to hope for a miracle against the new champions.

Lucas Digne, Andre Gomes, Yerry Mina, and Aleix Vidal are all suffering from injuries and won’t be available for the game, while Sergi Roberto has to remain on the stands after picking up a red card against Los Blancos. Ramiro Guerra and Leonardo Suarez won’t travel to Catalonia with the rest of the squad due to injuries. 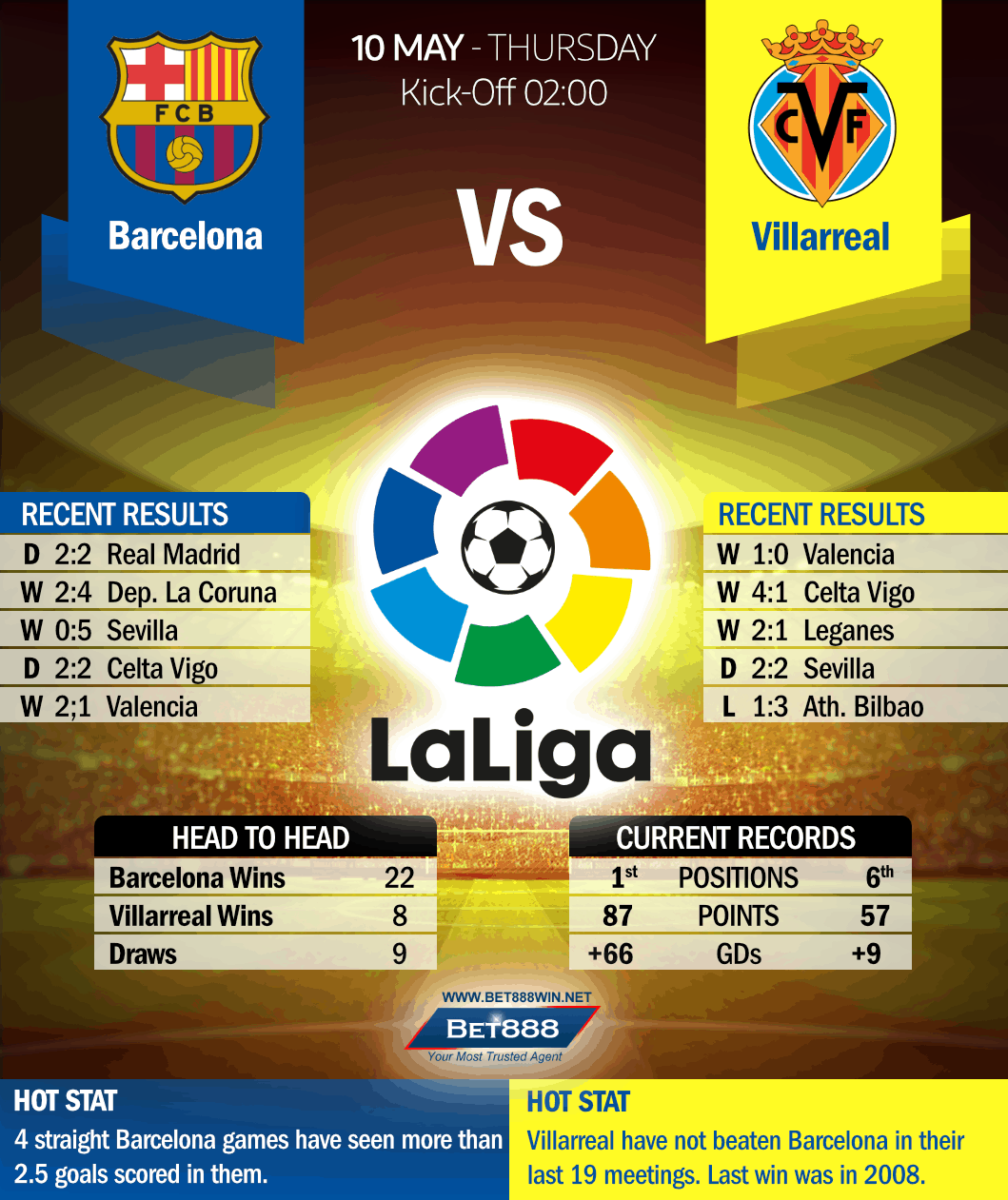