After a 4-2 win over Deportivo La Coruna last weekend, Barcelona have formally wrapped up their 25th La Liga title, and they are set to host Real Madrid at Camp Nou in what’s going to be 237th official El Clasico in a great atmosphere. Los Blancos have managed to secure their third consecutive Champions League final after eliminating Bayern Munich from the competition thanks to some spectacular saves from Keylor Navas, and they are going to give their best against the arch-rivals despite the result won’t influence the standings. The Blaugrana have defeated Los Merengues just once in the previous five encounters at home in all competitions, allowing the Madrid side to beat them three times in the process, and Ernesto Valverde is desperate to achieve a victory in a big derby and celebrate the league title in front of their greatest rivals. Two sides faced each other last December at Santiago Bernabeu, with Barcelona demolishing Real Madrid by three goals to nil, and Zidane would like to avoid the same scenario this weekend.

Both managers will have all of their star players fit and ready for the big showdown, except for Dani Carvajal, who has picked up a hamstring injury and won’t be able to return to action until the end of the month. 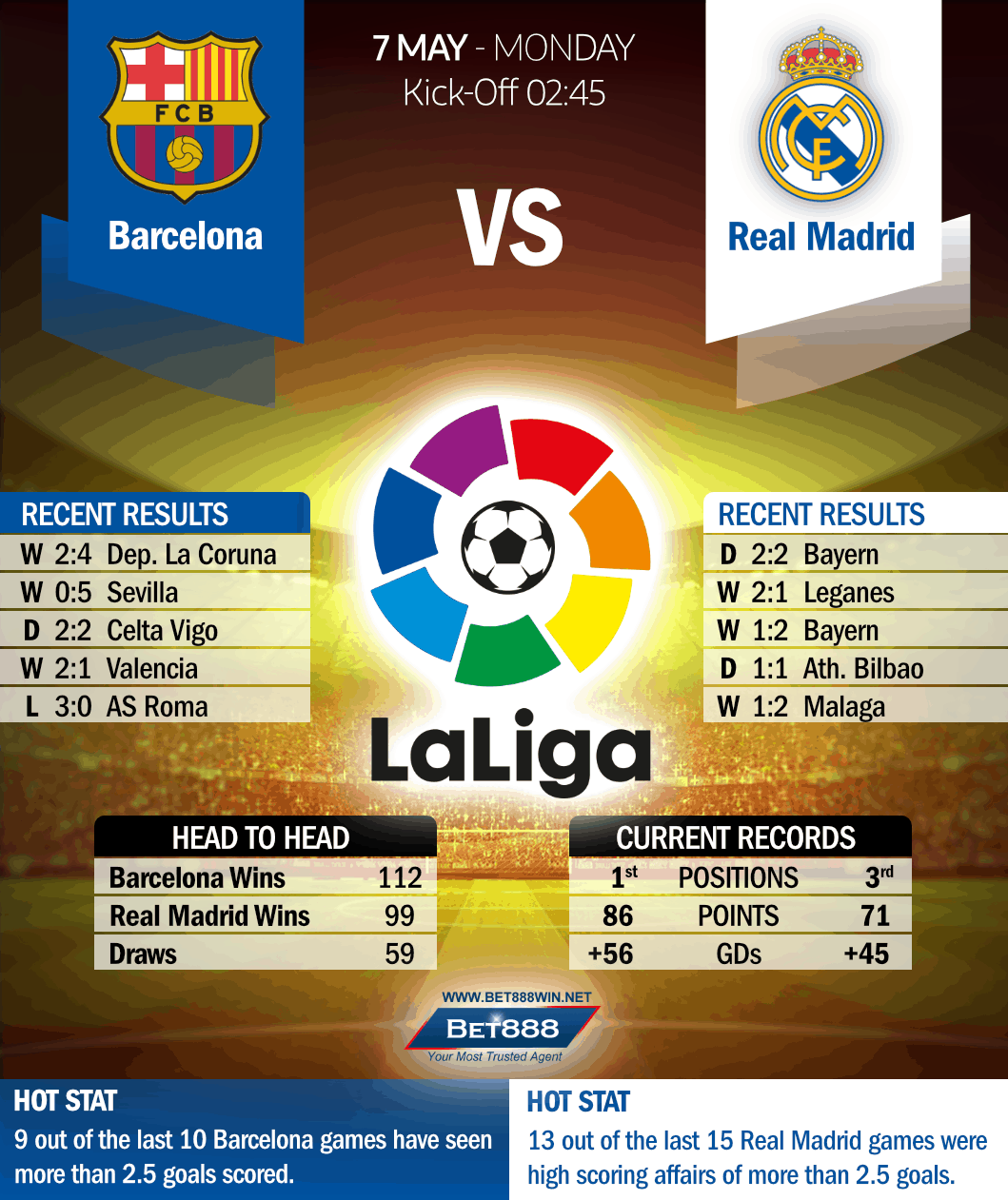