Barcelona will host Real Betis at Camp Nou following a 1-1 draw with Inter Milan in the Champions League.

The current La Liga leaders have wrapped up seven triumphs and played out three draws while suffering one loss in the process. However, the Catalan giants have secured three successive league victories, having defeated Sevilla, Real Madrid, and Rayo Vallecano in the process. Moreover, the reigning Spanish champions have notched 12 goals in those three wins, as they currently reside as the best-attacking team in the Spanish top flight. The Blaugrana have scored a total of 31 goals in La Liga so far, scoring an average of 2.82 goals per match. Meanwhile, Ernesto Valverde’s main problem relates to his team’s defensive displays, considering Barcelona already conceded 14 goals, having kept a clean sheet just twice this season.

As for the visitors, with a record of three wins, four draws, and four defeats, the Beticos currently reside in the 14th place, as they’ve lost three out of the previous four La Liga meetings, only playing out a 3-3 draw with Celta Vigo in the process. However, Los Verdiblancos have only allowed three goals in the last five road clashes in La Liga, having kept a clean sheet three times in the process. Therefore, the Andalusians have the best defensive record in the Spanish top flight when it comes to the away matches. On the other hand, Quique Setien’s players have immense problems finding the back of the net away from the Estadio Benito Villamarin, as they’ve barely notched one goal so far, which is by far the worst goal scoring record in Spain. 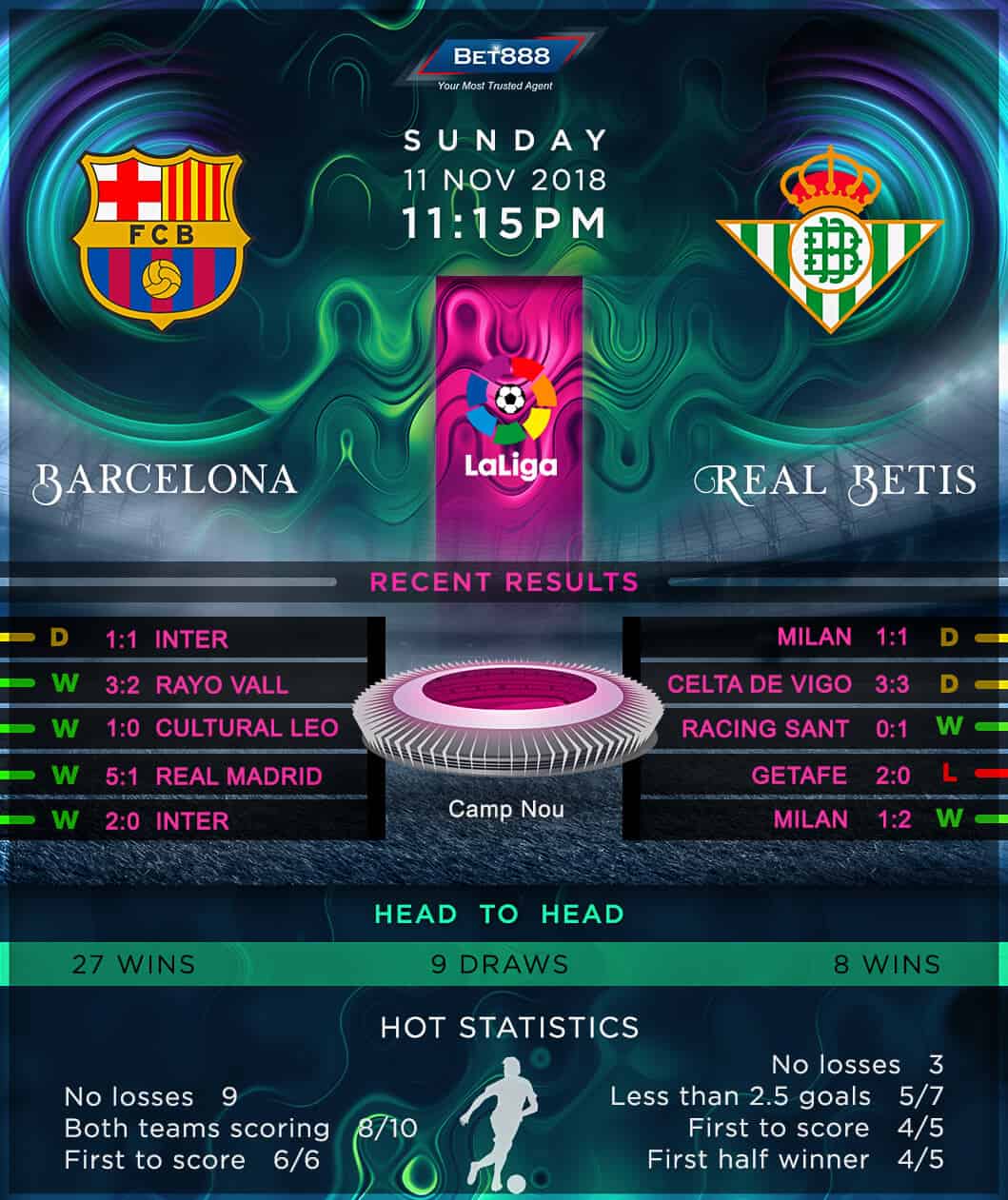