In the Champions League Group B, Barcelona will host the Dutch champions PSV Eindhoven at Camp Nou, looking to start the new campaign on the right foot and maintain an impressive form.

The Blaugrana have already won their first trophy this year by defeating Sevilla in the Spanish Super Cup by two goals to one, after which they swept Deportivo Alaves aside with a 3-0 home win in the La Liga opener. Ernesto Valverde’s team also secured two triumphs on the road in the domestic championship, beating Valladolid by a narrow 1-goal margin and turning around the match against Real Sociedad last week that eventually saw them wrapping up all three points. However, Barca’s most impressive performance this year came against Huesca in Catalonia, where they have demolished the returnees by eight goals to two.

Meanwhile, despite a painful loss to Feyenoord in the Dutch Super Cup Final, the Farmers have managed to return to winning ways, clinching seven straight victories in all competitions, including two wins over BATE Borisov in the Champions League playoff round. In the meantime, in the Eredivisie, Mark van Bommel’s side have a maximum of fifteen points out of five matches and a scaring +18 goal difference, with their last victory coming against ADO Den Haag on the road last weekend when PSV hammered the hosts by seven goals to nil.

The appearances of Denis Suarez and Malcom still hangs in the balance, while Ryan Thomas won’t be available for the visitors after picking up a knee injury. 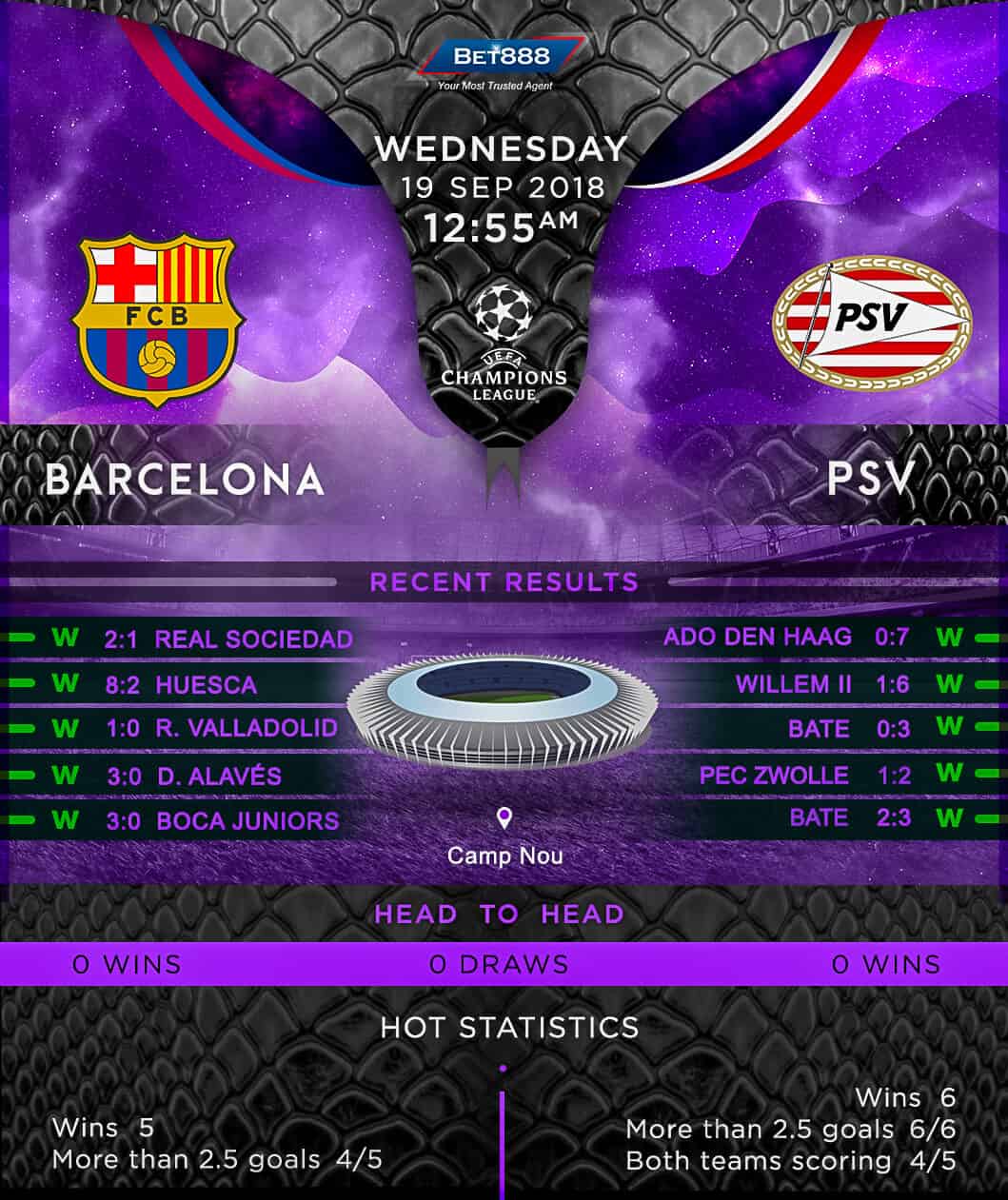