Barcelona and Inter Milan are set for a face-to-face meeting at Camp Nou, with both teams looking to maintain a 2-game Champions League winning streak.

The Catalans have opened the new Europe campaign with a stunning 4-0 triumph over PSV Eindhoven, after which they’ve stormed through the Wembley Stadium, having swept Tottenham aside with a 4-2 victory. However, the Blaugrana struggled to live up to expectations before the international break, having failed to clinch a triumph in three successive La Liga matches before outclassing Sevilla last weekend. Ernesto Valverde urges his defense to step up and show more composure, as Barcelona only kept a clean sheet only once in the past nine games in all competitions.

The Nerazzurri, in the meantime, should enter the match full of confidence after pulling off a narrow 1-0 defeat over arch-rivals AC Milan in the Derby della Madonnina last weekend. Moreover, the Serie A giants have won both Champions League games after coming back from a goal down, with Mauro Icardi being the one to notch equalizers on both occasions. Additionally, Luciano Spalletti’s side registered four consecutive triumphs on the road this year, having defeated Bologna, Sampdoria, and SPAL in Italy, as well as, PSV in Europe.

Samuel Umtiti and Thomas Vermaelen will remain on the stands due to injuries, but Valverde’s principal problem is an arm fracture suffered by Leo Messi, which will see the Argentinean wizard off the field for at least four weeks. As for the visitors, Radja Nainggolan is a doubt after picking up a nasty looking ankle injury against the Rossoneri. 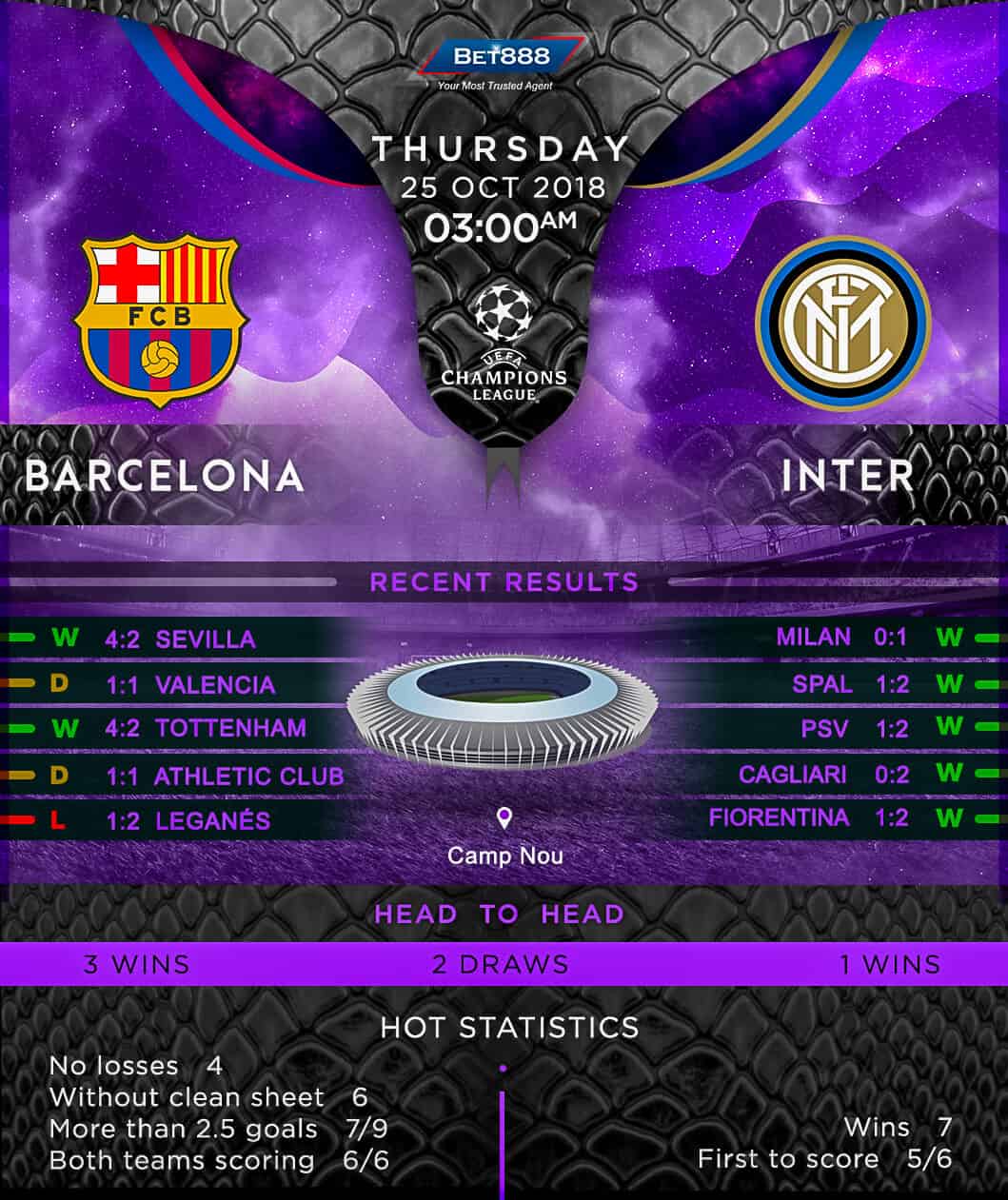