For the first time in history, Barcelona and Huesca will play against each other in the Spanish top division, with the current holders looking to take on La Liga debutants at Camp Nou. Before a routine 3-0 win over Deportivo Alaves on the opening matchday, the Catalan giants have wrapped-up their first trophy this season thanks to a 2-1 triumph over Sevilla in the Spanish Super Cup Final. However, the Blaugrana barely managed to walk away with all three points against Valladolid last weekend after VAR canceled the 93rd-minute equalizing goal scored by Keko, and Ernesto Valverde hopes for a much more convincing performance against the new La Liga side. On the other hand, the Azulgranas have started their adventure in the Spanish top flight with an encouraging 2-1 victory over Eibar on the road, after which they pulled off a stunning comeback against Athletic Bilbao, securing a 2-2 draw at the Estadio San Mamés despite having a two-goal deficit thirty minutes before the final whistle. During the preparation period, Leo Franco’s side has featured in seven warm-up matches, achieving four wins while suffering three defeats in the process.

In the home team, Jasper Cillessen, Sergi Samper, and Carles Aleñá will watch the game from the stands due to some physical problems, while Carlos Akapo won’t be available for the visitors after picking up a straight red card against Gimnastic in the final stage of last season when Huesca was still playing in the second division. 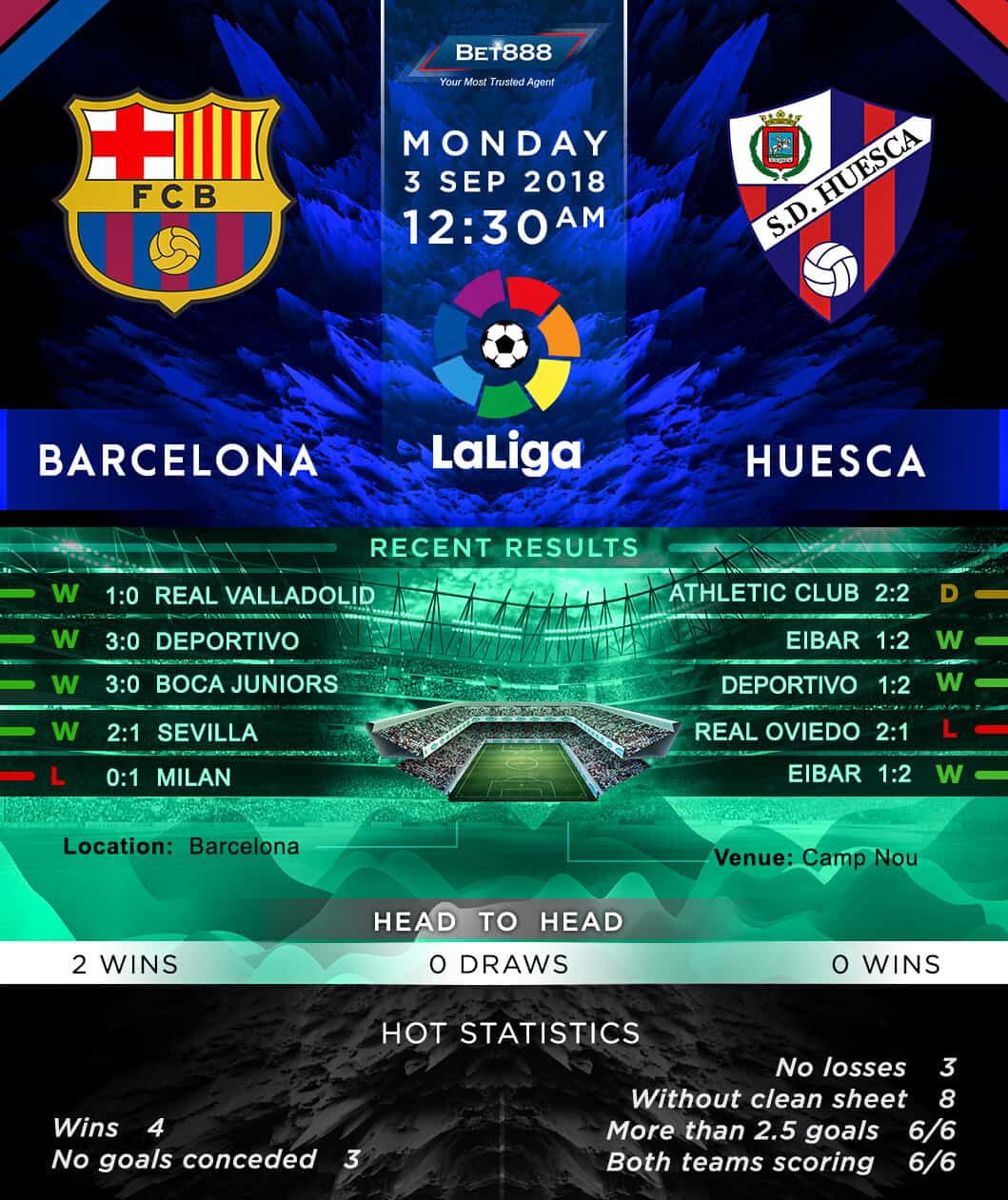