Barcelona are about to host Girona at Camp Nou, looking to extend a 7-game winning streak and maintain a majestic form.

The Blaugrana currently top La Liga table as the only team to wrap up all twelve points after the opening four fixtures. The Catalan giants have scored eleven goals in the first two matches at home, defeating Deportivo Alaves 3-0 on the opening matchday and devastating Huesca by eight goals to two, which was their most effective performance in the last two years. Additionally, in midweek’s Champions League showdown, Ernesto Valverde’s side outclassed the Dutch champions PSV Eindhoven 4-0, with Leo Messi scoring his eighth hat-trick in Europe.

On the other, after a 0-0 draw with Valladolid and a 4-1 loss to Real Madrid, the White and Reds have achieved two consecutive victories, 1-0 over Villarreal on the road and 3-2 over Celta Vigo at home. Eusebio Sacristán’s team currently occupy the fifth place with 7 points and a -1 goal difference, but three defeats in three matches against Barcelona suggest Girona may head south after the fifth fixture.

Valverde won’t have Thomas Vermaelen, Denis Suarez, Sergi Samper, and Malcom at his disposal, as all are sidelined with injuries, while Johan Mojica and Anthony Ruben Lozano won’t be playing for the visitors. 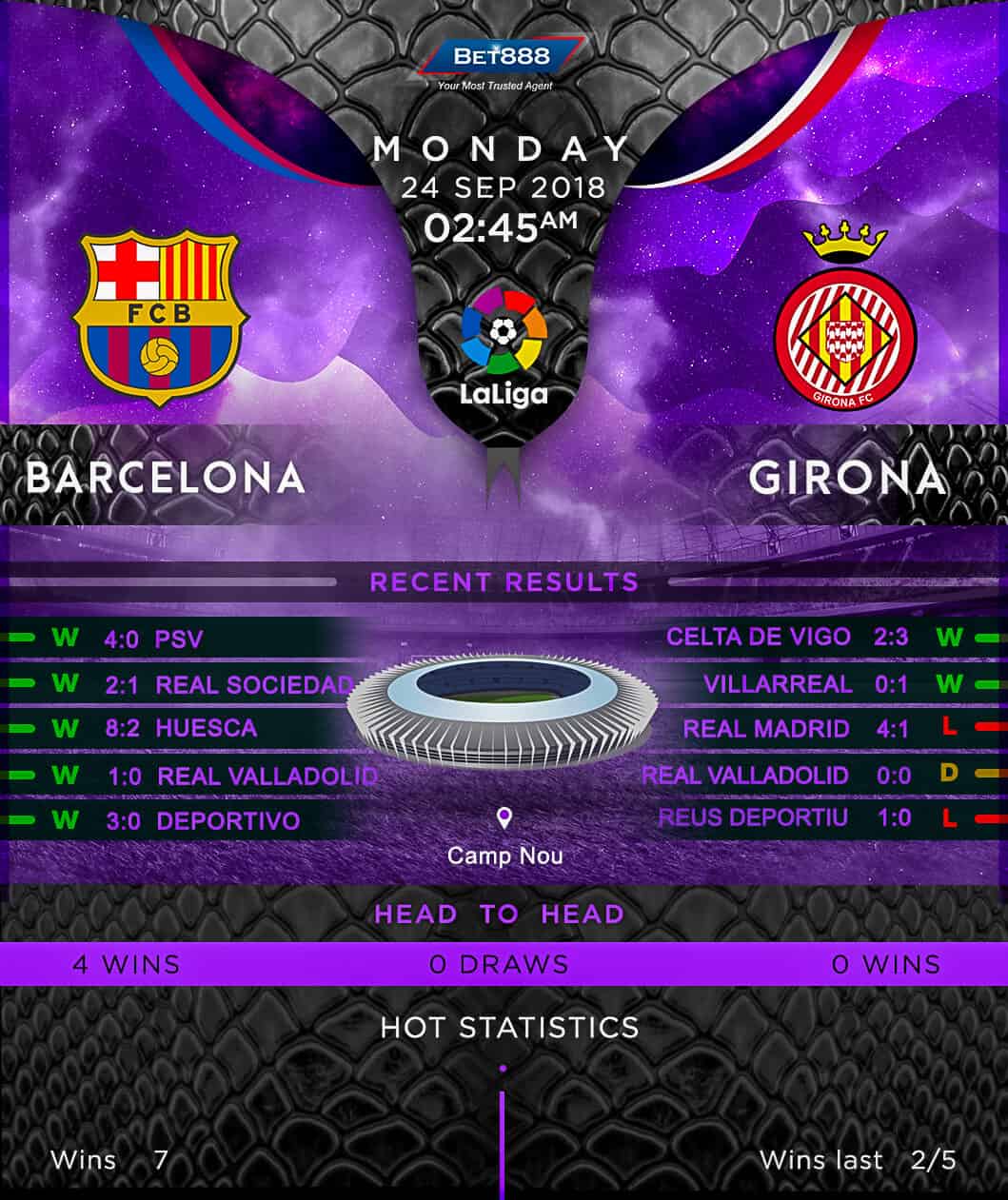