Unbeaten in their last seven encounters across all competitions, Barcelona will host Celta Vigo to the Camp Nou looking to stretch a four-game home lossless streak against the visitors.

The reigning holders currently top La Liga table (W10, D4, L2), having racked up a three-game winning league run ahead of this meeting. The Catalans have scored 11 goals in their last three wins while keeping a clean sheet in the run. Furthermore, their tally of 28 goals scored at home is a comfortable league high, with Barcelona scoring a minimum of two goals per match in seven out of eight home clashes this campaign. However, Ernesto Valverde’s main issue concerns his team’s defensive performance which has seen them conceding at least one goal six times at Camp Nou so far.

On the other hand, the visitors come into this encounter following a disappointing 0-0 home draw with Leganes, which has ended their promising two-game winning La Liga run. However, the Celticos are dealing with immense problems when it comes to their road form, as they’ve lost four out of eight road clashes across all competitions this term while barely securing two wins in the process. What’s more, the Sky Blues have conceded a minimum of two goals per match on their last four road trips, as they are yet to keep a clean sheet away from home since the start of the season. Still, Celta’s last four away matches have produced over 2.5 goals, with all of their eight road La Liga games ended with both teams scoring. 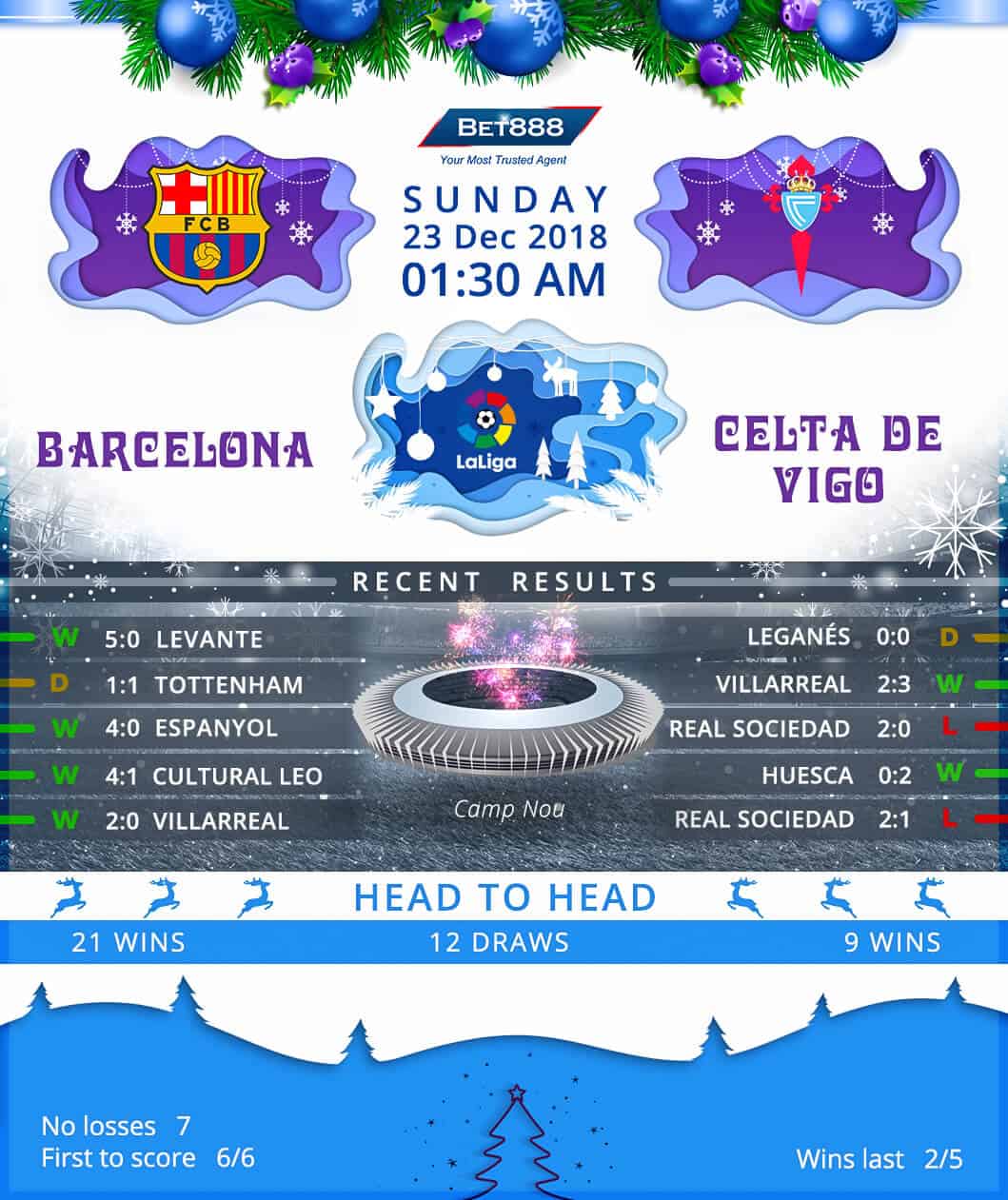