Barcelona’s hopes of avoiding back-to-back Champions League group stage eliminations for only the second time in the club’s history are at stake as runaway Group C leaders Bayern Munich arrive at the Spotify Camp Nou.

Following a topsy-turvy 3-3 home draw with fellow Group C runner-up hopefuls Inter Milan, Barcelona can no longer control their effort to progress into the knockouts. While Viktoria Plzen must pull off an upset at Giuseppe Meazza to aid Barca’s bid to leapfrog Inter, Xavi Hernandez’s men must hold up their end of the bargain and arrest a five-game losing Champions League streak against Bayern. After a 2-0 defeat in the reverse fixture, the ‘Blaugrana’ could lose twice in the same Champions League season to Bayern for the fourth time. Yet Camp Nou has been a fortress this season, with the Catalan heavyweights going unbeaten in all eight competitive home matches (W6, D2). That includes a run of back-to-back La Liga wins over Villarreal and Athletic Bilbao via 3+ goals ‘to nil,’ both of which saw them score precisely three first-half goals.

On the other hand, visiting Bayern Munich thrashed Plzen 4-2 on the road in the previous round to maintain their 100% Group C record (W4) and reach the Champions League knockouts with two games to spare. Julian Nagelsmann’s free-scoring men have netted 2+ goals in all four European outings this season, averaging 3.25 goals per game. Coming into this encounter, Bayern eased past TSG Hoffenheim 2-0 in the Bundesliga to take their winning streak to four competitive matches, all of which yielded multi-goal margins. On top of that, following a poor run of consecutive road trips without winning (D1, L1), the ‘Bavarians’ have racked up three away victories on the trot, prevailing by a 2+ goal margin on each occasion. 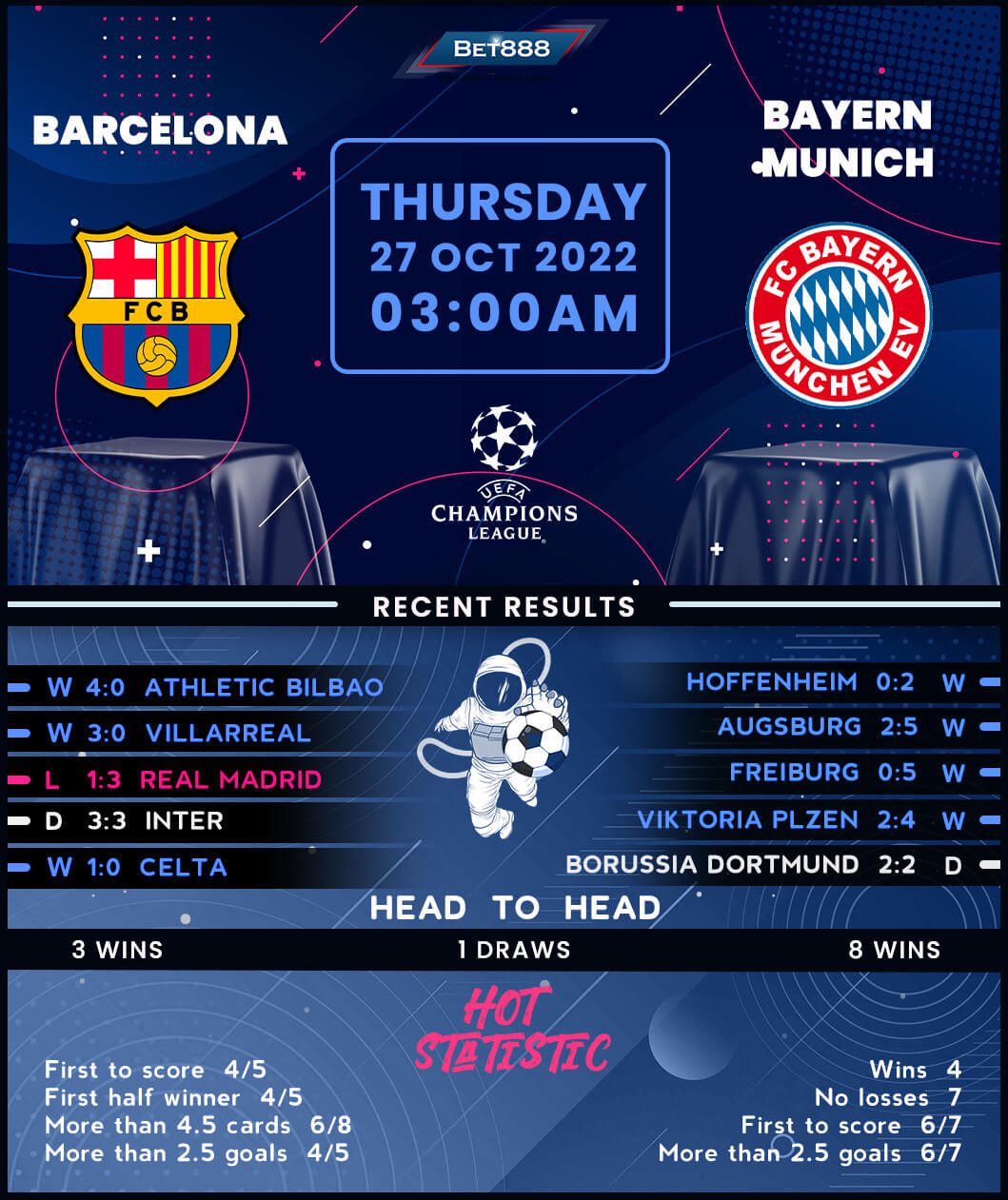